It is with great excitement that we announce that the MAF Training Centre
in Mareeba is now officially open!

Pictures Below: Inside the MAF Training Centre 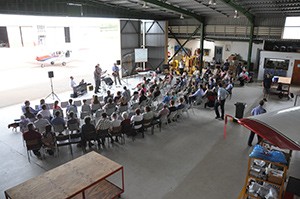 On Friday February 20th, MAF Mareeba held the long-anticipated opening day. More than 100 MAF staff and supporters gathered to worship, pray and dedicate the new building to the service of the Lord.

Beginning with afternoon tea, everyone was given a tour of the Training Centre as well as the Mareeba hangar nearby. After some praise and worship, Chief Flying Instructor Marcus Grey led the ceremony, sharing about the history of MAF’s flight and engineering training and the various Training Centres in Australasia.

After serving as a MAF pilot in PNG, Volkher Jacobsen worked as the Flight Training Manager at the Flight Training Centre in Coldstream, Victoria (ACMA). Now based in Mareeba, he is confident that despite the move, MAF’s enabling role as remote area aviation training specialists remains unchanged. 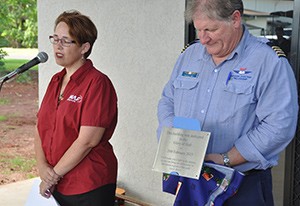 Aviation Director William Nicol, speaking from Psalm 121, affirmed that the ongoing purpose of this new Training Centre was to enable people to journey with God, to reach out, so that they would be a blessing to others, “I lift my eyes to the hills, where does my help come from.”

We sang, we prayed, we talked and we ate. And so with a “Shout to the Lord”, a pig on a spit, a cream sponge and a lot of excitement and laughter, the MAF Training Centre was officially opened.

A special thanks to the generous 671 donors who made all this possible.

Inside the new MAF Training Centre 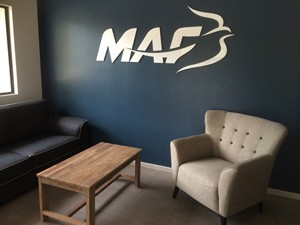 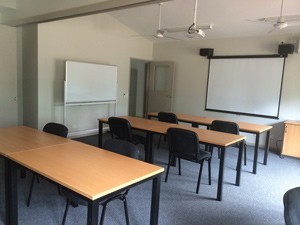