MAF Australia’s Jeroen and Diana Zwijnenburg have been
serving in Papua New Guinea since August 2021.
Jeroen serves as MAF’s Projects & Finance Manager while
Diana is seconded from MAF to work as a doctor at the Kompiam hospital. 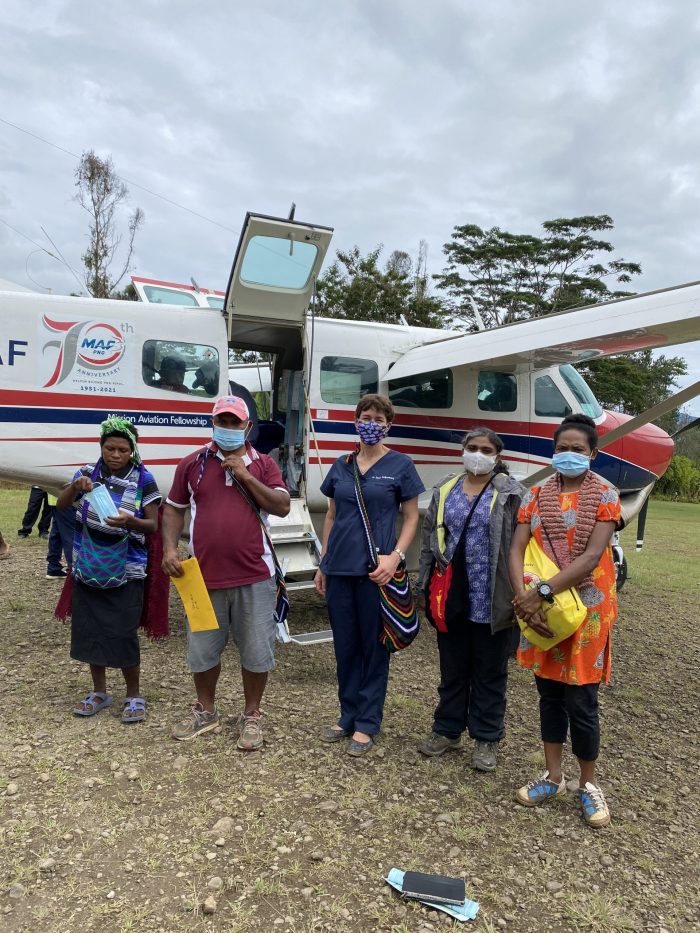 Word got around that the clinic team was coming to Yambaitok again. Many people walked for hours to get to be seen by the Kompiam clinic team.

From 2nd-4th of February 2022, a team from Kompiam District Hospital, Enga Baptist Health Service, visited Yambaitok on Health Patrol. It had been three months since this outstation was visited last. Yambaitok is very remote and difficult to reach without a plane.

Community Health Worker (CHW) Patrick is stationed here. The aid post is very busy and is currently caring for a much wider area than Yambaitok alone since there’s some unrest around Yenkisa’s community and aid post. 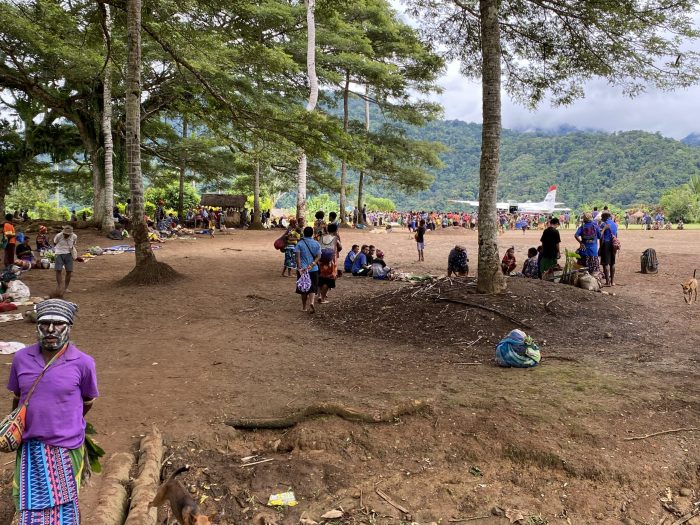 Starting up the clinic asap

On arrival, we were welcomed, and announcements were made about the expected proceedings. Many patients walked for hours to get to Yambaitok to be seen.

Because only half a day was left, immunisations, malaria testing, pregnancy care and family planning were prioritised. All other cases would be seen after this.

Dr Camy and Rebecca set up a makeshift dental clinic and started with teaching everyone about proper oral health, healthy food choices and general dental check-ups. Then they proceeded to do fillings and tooth extractions. 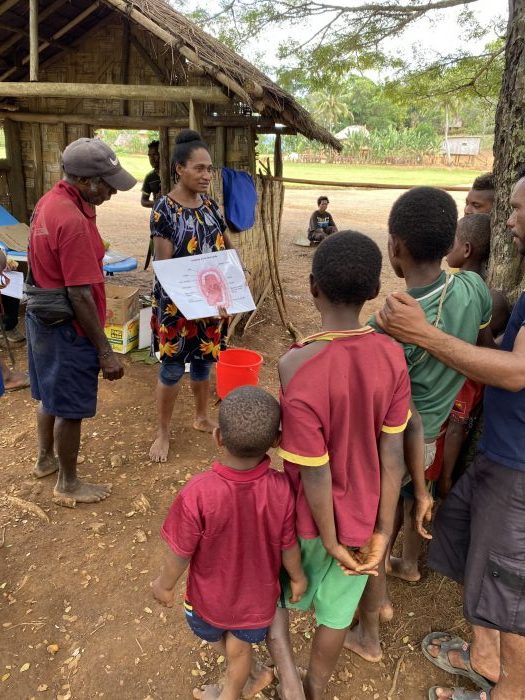 Responding to the physical and spiritual needs of patients

One father had carried his four-year-old son all the way from Yenkisa to be seen. This is about a day’s walk. His boy was suffering from Malaria, which we treated. We also gave treatment for worms and anaemia, which would help his recovery. His immunisations were updated, and the two were supplied a mosquito net to prevent being bitten again.

One elderly man with chronic abdominal pain was diagnosed with end stage liver cancer. Sadly, there was not much we could do, but we explained what the problem was and were able to treat his pain. We also prayed with him and hope that our witness will help him to get to know Jesus, so that, even though he will die from this disease, his soul will live forever with Jesus. 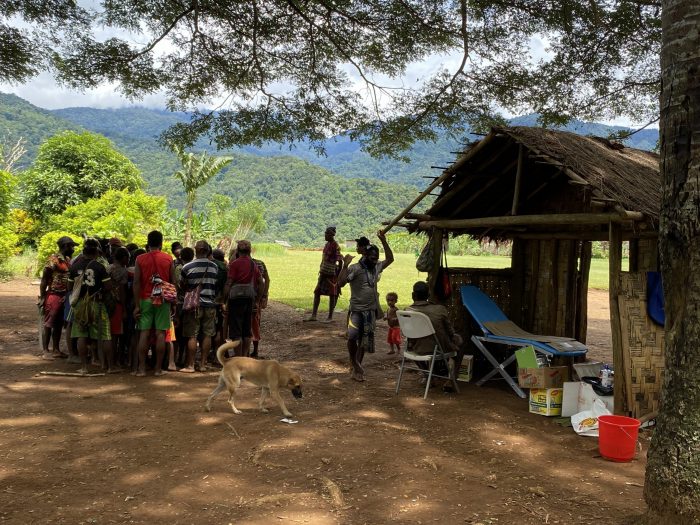 We all worked until it was too dark to see and continued to see patients early the next morning. It remained busy until mid-afternoon when it seemed that everyone was seen. This was excellent timing as it started to rain heavily. The bustling market and other people all disappeared quickly.

Overall, we were fortunate to be able to treat most of the patients that presented and did not have to take anyone back with us to Kompiam hospital for further care or surgery. 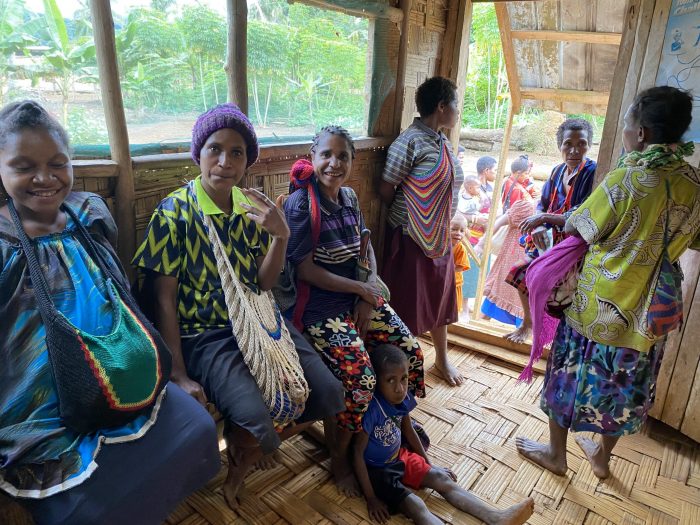 During our stay we managed to do:

The next day, the MAF plane came early to pick us up again and fly us back to Kompiam.

We can look back on a worthwhile visit and we thank the New Zealand Government for sponsoring this MAF flight which allowed us to serve many people in this remote part of Papua New Guinea. 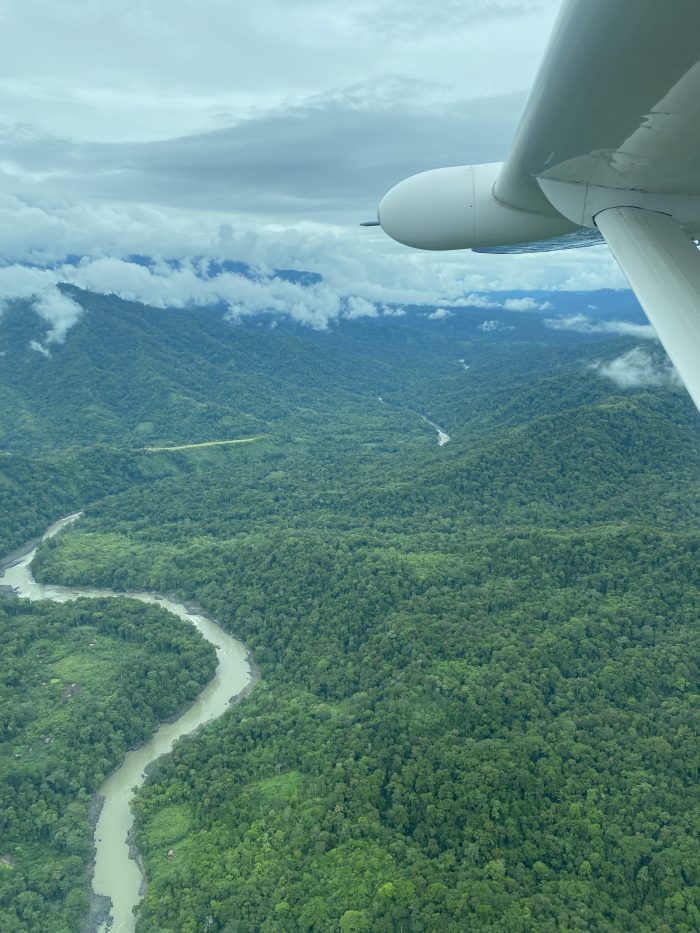