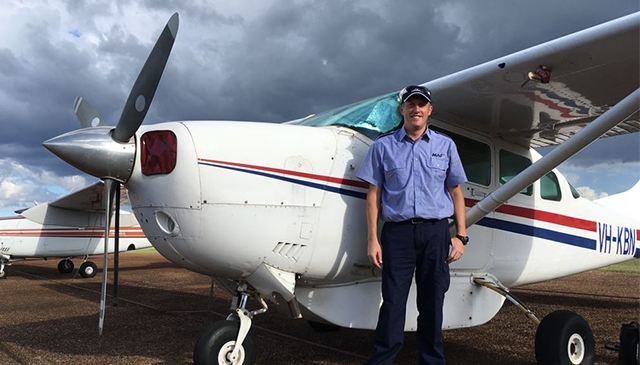 Tobias had an interest in aviation from a young age. So after graduating from high school he left for Germany with the idea of joining the cadet programme of Lufthansa to become a pilot.

But while doing his compulsory military service in Germany he realised that a career as an airline pilot would not suit him. Through God’s guidance, he studied social work and worked with an organisation caring for youth at risk.

During his studies he read about MAF in a magazine and was intrigued by the combination of using airplanes as a means to impact people’s lives in Christ’s name. But due to a lack of finances was unable to pursue this career.

At the beginning of 2011 he felt called by God to change careers. He received funding to study for an Airframe & Powerplant mechanics licence as well as to start the training for his commercial pilot’s licence. He finished his pilot’s licence in 2015 and began the process to join MAF soon after. He is now serving with MAF in South Sudan.

Tobias Meyer is a member of MAF South Africa

But he said to me, “My grace is sufficient for you, for my power is made perfect in weakness.” Therefore I will boast all the more gladly about my weaknesses, so that Christ’s power may rest on me.

Stay up to date on Tobias Meyer