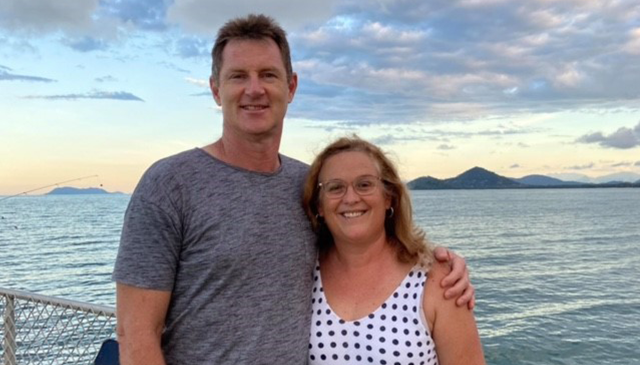 Stephen and Sue were married in Melbourne in 1991. After a few years working in their professions, Stephen as an Aerospace Engineer, and Sue as a Dietitian, they moved to Brisbane where they both completed a Bachelor of Ministries in 1996, with plans to progress towards mission service.

Joining MAF in 1997, they worked in Papua New Guinea for 5 years, where Stephen was flying. In 2002, they returned to Melbourne to live nearer to family for a season. Back in Melbourne, Stephen returned to Aerospace Engineering work.

In 2007 it was clear that God would have them involved again in fulltime mission service, and the path to serving through MAF once again became clear. They moved to Cairns, where Stephen is presently the Regional Director for Asia Pacific. Sue works part-time as a Dietitian in a local Aboriginal and Torres Strait Islander Health Service.

They have two sons, Tim and Daniel, who are both studying away from home, and Sharolyn, who is in highschool.

“Our service through MAF is a deeply rewarding means of impacting people of other cultures with God’s incredible love – both spiritually and physically.”

The Lord God has told you what is right and what he demands: “See that justice is done, let mercy be your first concern, and humbly obey your God.”

Stay up to date on Stephen & Sue Charlesworth