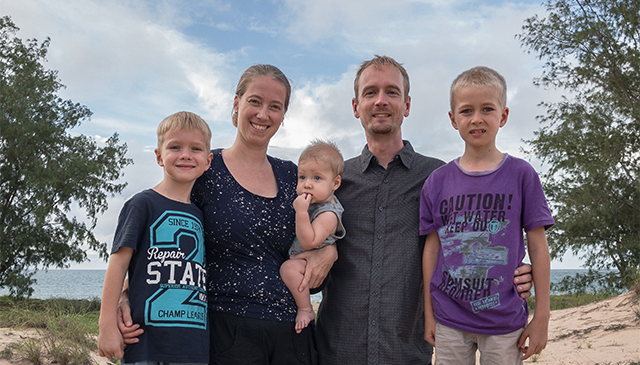 God called René and Janneke to serve with MAF in 2009. Previously René worked as an electrical engineer and Janneke as a nurse.

Originally from the Netherlands they moved to Australia to start Bible college at BCV, Melbourne

The year after flight training started at Coldstream after which they were called to Arnhem Land, top end of Northern Territory. For nearly 4 years they lived amongst the local Yolŋu people in Milingimbi. Then they moved to Nhulunbuy where René became  Crew Training Manager.

Since 2018 they have lived in Mareeba, Far North Queensland, home of MAF’s flight training centre where René is Head of Delivery, responsible for all operations and student planning.

René and Janneke Don are members of MAF Netherlands.

For I know the plans I have for you” declares the Lord, “plans to prosper you and not to harm you, plans to give you hope and a future.

Stay up to date on René & Janneke Don