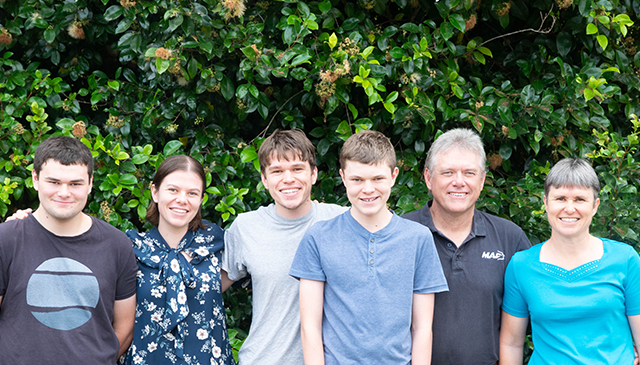 Phil and Margaret Snell have been serving with MAF since 1996. Previously Phil had worked as a Telecom Technician and Margaret as an Occupational Therapist.

Their first posting was to central Australia where Phil worked as a Pilot servicing remote Aboriginal communities. In 1998 he gained avionics licences, enabling him to maintain and repair aircraft radio and electrical equipment for the MAF fleet.

2003, the family relocated with MAF to Arnhem Land. Here Phil worked in avionics and maintenance control.

2005 saw another move, this time to Papua New Guinea. Phil’s role here was managing the maintenance of the aircraft, which provide essential services to some of PNG’s most remote communities. Margaret supervised the children’s schooling through distance education.

2010 began a new chapter for the Snells. Returning to Australia for the children’s further education they have settled in Mareeba, Far North Queensland, where  MAF conducts its heavy maintenance.

2016 Phil continues to provide Avionics support for MAF across the Asia Pacific Region and Margaret continues to work in Occupational Therapy.

You did not choose me, but I chose you and appointed you to go and bear fruit - fruit that will last.

Stay up to date on Phil & Margaret Snell