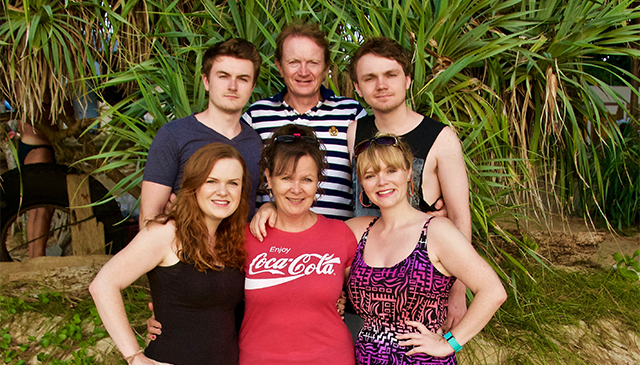 Paul has had 30 Years in IT as a programmer mostly, with several senior management positions along the way. He trained as a pilot in 2006-2007 with MAF at Coldstream, Australia. At the same time, he studied at Bible College of Victoria for two years. The Woodingtons were posted by MAF to East Arnhem Land at the start of 2008 with Paul as a MAF Mission Pilot serving the needs of the Aboriginal Communities. In 2011, they toured with MAF in East Timor and in June 2012, the Woodingtons moved to PNG where Paul continues serving as a pilot with MAF delivering relief and development to remote people in Jesus’ name.

• Kiri, studying for her Bsc in Monash, Melbourne
• Imogen, studying Nursing Degree in JCU, Townsville
• Aaron is at PLC boarding school in Cairns
• Tristan is studying at the New Tribes Mission School in Goroka, PNG

But those who hope in the Lord will renew their strength. They will soar on wings like eagles; they will run and not grow weary, they will walk and not be faint.

Stay up to date on Paul & Clare Woodington