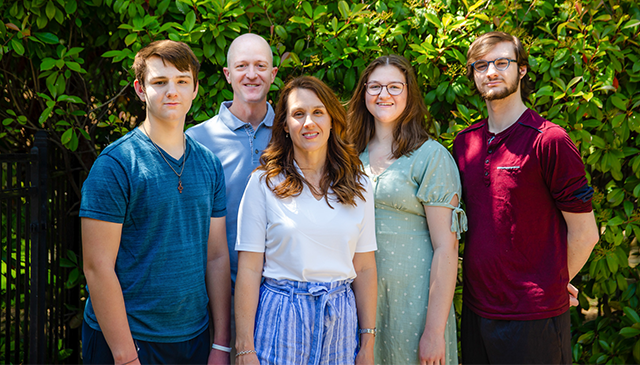 Norm and Stephanie are excited to join Mission Aviation Fellowship in serving all nations in the name of our Lord Jesus Christ. Norm will serve in leadership for MAF. Stephanie will continue her role as a homemaker for Norm and their youngest son, Ben. She also hopes to be involved in the ministry of hospitality, serving at a retreat for missionary families, and also encouraging other women on the field.

Norm was born in West Africa to missionary parents serving in Mali and accepted Christ when he was six. He witnessed the power of God at work to reach people even in the most remote places. He has been in love with aviation since he can remember and dreamed of being a mission pilot. When he was 13, he committed his life to serving Jesus wherever called.

Norm most recently worked for Airbus where he was Senior Vice President of Digital Solutions, serving commercial aircraft customers. He has more than 25 years of international aviation experience, spanning maintenance, operations, flight, commercial and engineering. These jobs required the family to move 6 times in the span of 10 years, including across the United States as well as assignments overseas in Czech Republic and France.

Stephanie was born and raised in Houston, Texas. She accepted Jesus as her Savior at 6 years old. With a better understanding of her relationship with God, at the age of 12, she asked Jesus to be Lord of her life. Growing up in a Christian home and a church that placed emphasis on missions, Stephanie committed to going wherever God called her to go.

Stephanie met and married Norm while attending LeTourneau University. Twenty-five years later, they are still excited about the adventure God has them on together and are thankful for the partner God gave them in one another.

Through Norm, Stephanie first heard of MAF as it was a dream of Norm’s to serve with them one day. After a few years in an accounting job, Stephanie’s biggest dream came true; she became a stay-at-home mom with three children: Caleb, Emily and Ben. God used the multiple moves of their family to stretch and grow them, preparing them for the next calling into missions.

The Bakers are thrilled to be a part of MAF. As they aim to seek first the kingdom of God and His righteousness, they know He will be faithful as they follow His call.

For I know the plans I have for you, declares the Lord, plans to prosper you and not to harm you, plans to give you hope and a future.

Stay up to date on Norman & Stephanie Baker