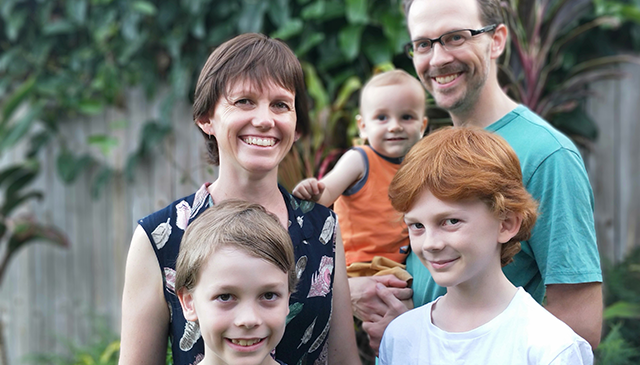 Matt & Linsey met in Melbourne whilst studying the Bible, missions, aviation and development. They have served with MAF in Arnhem Land, Papua New Guinea and with MAF International. Matt has worked as a pilot and also in an Operations Support role for various operations around the world. Matt & Linsey have three boys, Edward, Jack and Sebastian.

Matt leads the MAF Timor-Leste team as Country Director. This entails making sure that our flight operation impacts areas of greatest need, such as the extensive medevac operation that enables remote people to access health care despite the limitations of the local road network. Matt also works to develop partnerships with churches, missions and NGOs, develop the MAF team and oversee flight safety and efficiency.

The Lord himself goes before you and will be with you; he will never leave you nor forsake you. Do not be afraid; do not be discouraged.'

Stay up to date on Matt & Linsey Painter