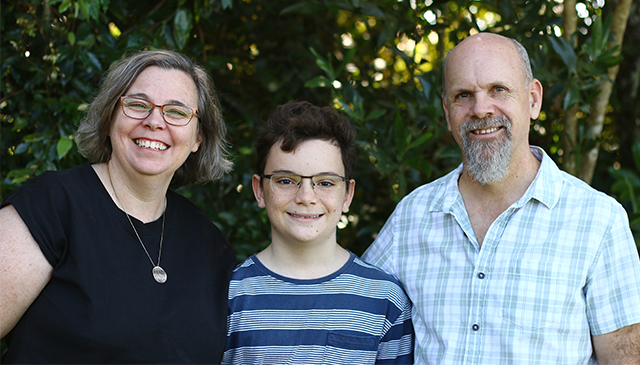 Jason was raised in Northern Victoria and also spent four years in Papua New Guinea where his parents worked as missionaries. After school, Jason felt God calling him into missions and responded by working with Youth With A Mission in California for four years.

Kim grew up in Essendon (Vic) and graduated with a Teaching degree. She fulfilled a childhood dream to work in Africa when she worked in Ethiopia as a teacher for SIM (Serving In Mission).

Jason and Kim married in 2006 after returning to Australia from their ministry work abroad. After they were married, they both felt the call of God back into missions, this time as a family with their son Samuel.

After Jason obtained his Commercial Pilot’s Licence, the Job family joined MAF in Arnhem Land in September 2011. They served in Arnhem Land and Timor-Leste, before relocating to Mareeba Queensland where Jason is now retraining as an Aviation Maintenance Engineer through an apprenticeship with MAF. Jason is enjoying the combination of study, working on MAF aircraft, while maintaining his pilot’s license.

Please pray for our family as we serve Him each day, looking for opportunities to share His love with those around us.

Therefore, as God’s chosen people, holy and dearly loved, clothe yourselves with compassion, kindness, humility, gentleness and patience. … And over all these virtues put on love, which binds them all together in perfect unity. … And whatever you do, whether in word or deed, do it all in the name of the Lord Jesus, giving thanks to God the Father through him.

Stay up to date on Jason & Kim Job