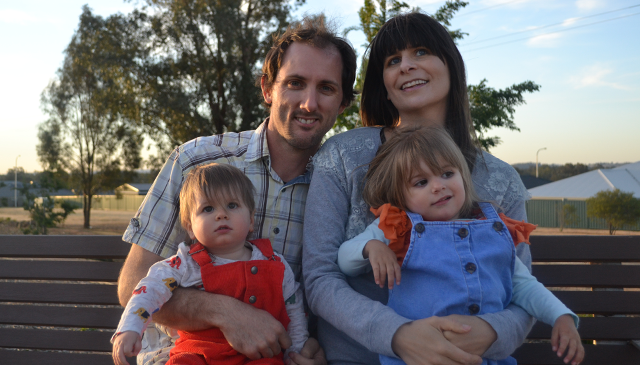 Jake grew up in country Victoria in Wangaratta. He graduated in IT at University but had more interest in fixing cars and aeroplanes and decided to accept an offer to become an aircraft engineer’s apprentice instead in 2005 and has been fixing aeroplanes ever since.

Liz grew up in country NSW in the Hunter Valley. She always had a passion for working with children and art. Liz completed study in art at College and University and later after working in childcare went on to complete a Diploma in children services. After God placed mission on Liz’s heart, she went to Africa on a short term mission trip as a teacher’s aid.

Jake and Liz met in 2015 at a Compassion Advocate gathering. They married in 2016. There were two new additions to the family in 2017 and 2018 with the first being Clara followed by Harry, they were a much welcome gift from God.

Jake and Liz both have a desire to follow and serve God. They decided to join MAF upon finding out there was a need for aircraft engineers and believed God was leading them to serve with MAF in Arnhem Land.

I can do all things through Christ who strengthens me

Stay up to date on Jake & Liz Newth