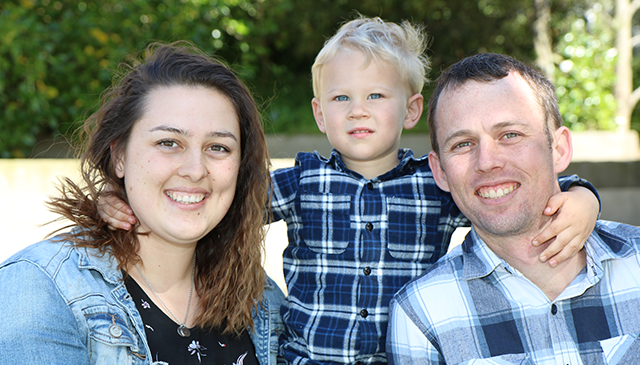 As a missionary kid in the Philippines, Benji grew up watching missionary pilots and engineers and knew that he was called to the same work for the Lord. At 18 he returned to New Zealand to train in the Air Force as an aircraft engineer with the goal of working in the aviation field for missions. God opened many doors so that Benji could gain the exact experience he would need to partner with MAF NZ and put his skills to use for the Lord.

Jess grew up in New Zealand and knew from the age of 7 that she was called to serve the Lord. After a year in South Africa doing mission work, she returned to New Zealand, married Benji a year later, and then began her nursing training so that she would have a useful skill to take with them onto the mission field, wherever that was going to be.

They have one son named Elliott (born 2015) named after their missionary-heroes, Jim and Elizabeth Elliot.

Benji, Jess and Elliott are excited to partner with Mission Aviation Fellowship to use their skills to show Jesus’ love to the unsaved through aviation maintenance and life-saving flights.

Benji and Jess Hunt are members of MAF NZ.

If I rise on the wings of the morning, and dwell in the uttermost parts of the sea; even there Your hand shall lead me and Your right hand shall hold me.

Stay up to date on Benji & Jess Hunt