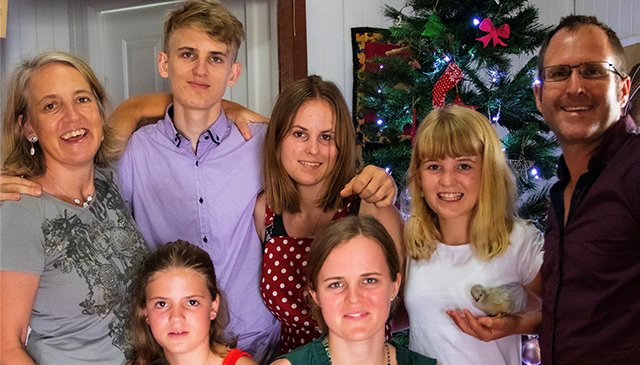 Ben and Anne have been serving with MAF since 1999, first in Tanzania where Ben worked in the hangar and Anne was a teacher at the church primary school.  After serving in Tanzania for 4 years, the need for an engineer in Chad and a calling to serve in that country lead the family to move there.

Ben and Anne served in Chad for 6 years where Ben was the Chief Engineer and worked to set up a new hangar and introduce the Cessna Caravan into the program.   Anne was extremely busy with a young family but also helped with an outreach program to our Chadian neighbors and an English conversation class.

We moved to Mareeba in 2010, so that Ben could serve as the Hangar Supervisor and then Chief Engineer in supporting the Asia Pacific programs.  Ben has also been helping the Bangladesh program with technical support, visiting regularly.  Mareeba has been a great place for the kids, Alice and Jack have finished school and are now at university.

Anne has been full time mum, she got her teaching degree recognized and has done supply teaching as well as teaching English as a foreign language, In the last year she has been working part time in community age care.

The Lord Himself goes before you and will be with you; He will never leave you nor forsake you.

Stay up to date on Ben & Anne Sibthorpe