The Greatest of These is Love 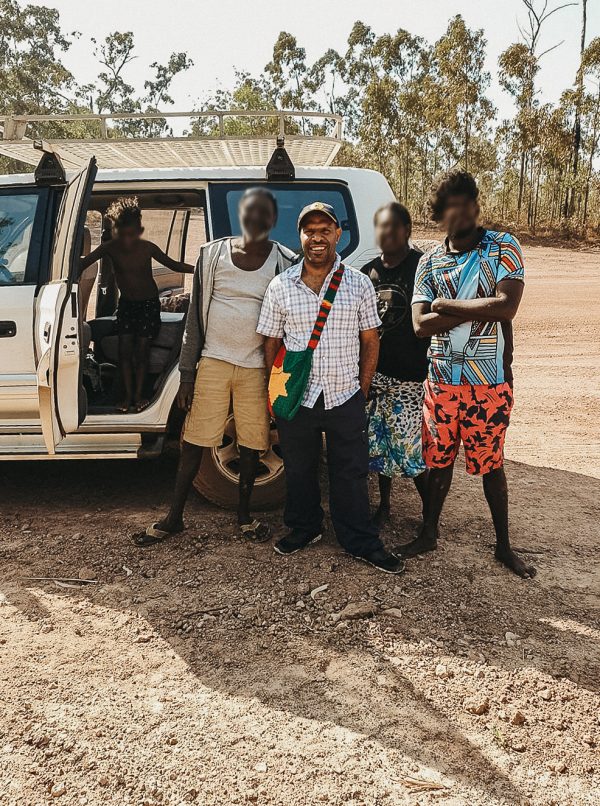 Francis Wayambo and his family moved to Australia from Papua New Guinea two years ago. They live in the Yolngu community of Yirrkala and have established good relationships with the people there – everyone knows of the Wayambos and their passion for ministry among the children and youth of Yirrkala. Every week, they set up their local church building to run a thriving ‘Kids Ministry’. Francis serves as a Licensed Aircraft Maintenance Engineer (LAME) in the MAF Arnhem Land programme.

One Sunday morning as Francis was getting ready to go to church, his daughter came running to him. She had seen a young man walk into the bush* carrying a rope. With the recent increase of suicides in the community, Francis’ instinct told him to expect the worst and run after the man.

Francis found the man in the nick of time and stopped him from hanging himself from a tree. He embraced the man, took him out for lunch and was able to share with him the love of Christ. The man opened up and introduced himself as Mathew** from a homeland 200 kilometres away.

The challenges of living in a homeland that is completely cut off from the outside world are far from what any city dweller can ever imagine. Life today demands that the Yolngu travel beyond their homelands more often whilst in the past such travel was rarely undertaken and would be done in big groups. Mathew came to Yirrkala but was unable to get back home owing to physical and financial reasons. He had survived the past six months by depending on his relatives but had now slipped into depression. To a Yolngu man his identity comes from his clan and homeland and having lost these Mathew was truly devastated.

After counselling and praying with Mathew, Francis felt it in his heart that God was urging him to drive this man back to his homeland. It was to be done on the same day as in the Yolngu culture, an action must be carried out immediately – it is either now or never. Francis began preparing for the gruelling 6 hour trip on the red, dusty gravel track.

Francis, Hellen (Francis’ wife) and Jamie (Mathew’s uncle) left Yirrkala with Mathew, his wife and their five-year old son. Mathew’s family in the homeland welcomed him back. They had by this time heard about his attempt to take his own life and it was obvious that they were glad to see him alive. It was about 9:30pm at night by the time the Wayambos finally got home.

The following Sunday was Francis’ turn to share a message at the Yirrkala church. He was drawn to meditate on 1 Corinthians 13:1-3 and shared what had happened the previous week. He read the verses from the Bible and went on to explain how these verses spoke to him – “It doesn’t matter that I’ve left my country to come serve and work here with the Yolngu. Without love for my Yolngu brothers and sisters, all this amounts to nothing. We are called to show love to one another, just as God in his love for us, sent his beloved son to die on the cross.”

*bush – in Australia, the bush means a wooded area that is not a dense forest. It is usually dry and nitrogen-poor soil, mostly grassless, with thin to thick woody shrubs and bushes, with eucalypt trees.
**name changed to protect privacy