Microlet, Motorbike and a MAF plane

Have you ever looked at a photo in a MAF magazine or on a website and wondered, “I wonder what it’s really like to work there?” For most people traveling to the remote locations where MAF serves will never become reality and remain just a thought. But in August 2018, a group of seven Australians, aged from 15 years to 70 plus, accompanied by MAF Australia General Manager Ian McDougall, made the trip to Timor-Leste to see just what life and service there is really like. 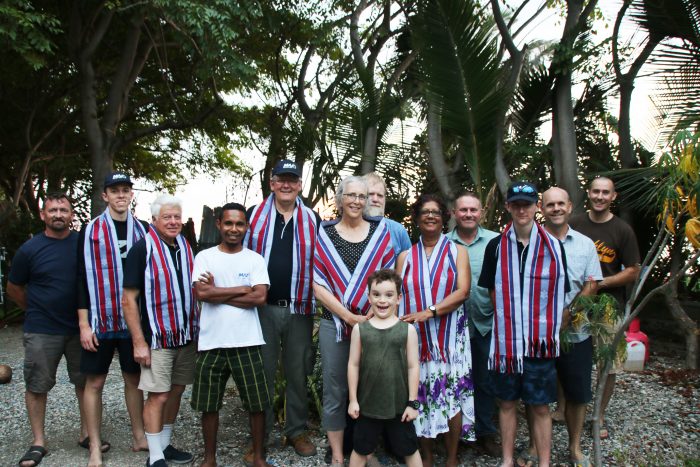 For five days, the group experienced a little of the sights, sounds, smells and unpredictability of Timor-Leste. On the first day, the group was able to fly in the MAF GA8 Airvans south across the island nation of Timor-Leste, to visit a water project in Same, run by Water Aid, frequent fliers for MAF Timor-Leste. Traveling to Same by air takes just twenty minutes, by road it would take about six hours. The water projects in this area provide access to water for many people in the surrounding area. Water Aid took the group down a track to reach the location of the pipes and pumps that provide the water for the community. Promoting safe and clean water practices is also part of their work, Greg tried the tap to see how well it works. 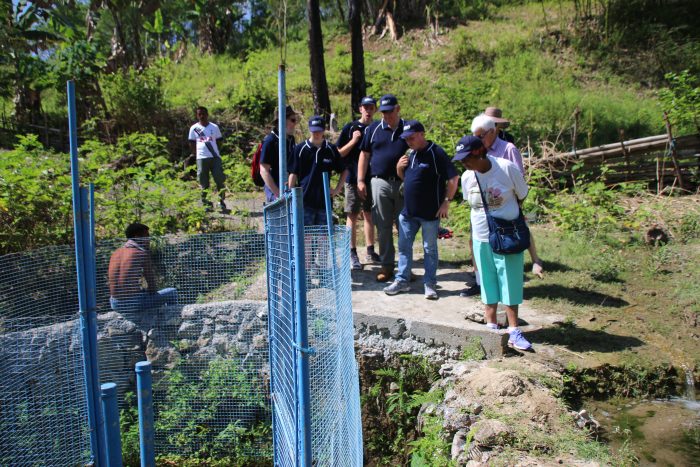 Flying in the MAF aircraft was a highlight for all of the visitors, one person explained, “Just getting to ride in a MAF plane was a dream come true!” 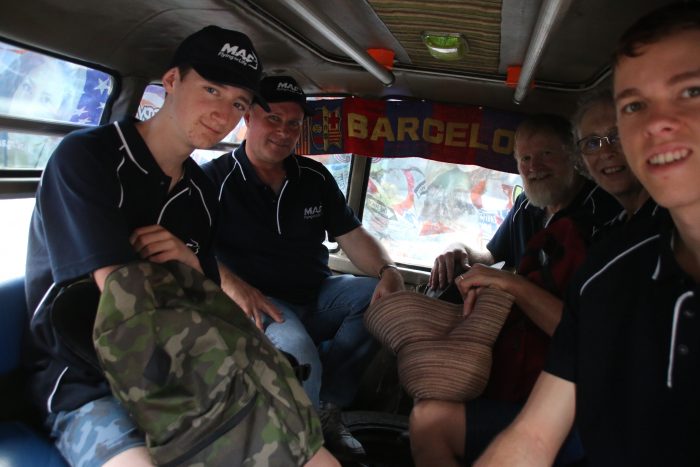 Our group not only experienced travel in a small plane, but we also introduced them to microlets, a small van that is used as a form of public transport in Timor-Leste. Brightly coloured, uniquely decorated and often with fluorescent lighting, it is part of the cultural experience. Climbing the mountain to see the statue of Jesus, called Christo Rei, ended the day with a gorgeous sunset view over the the city of Dili and the sea. 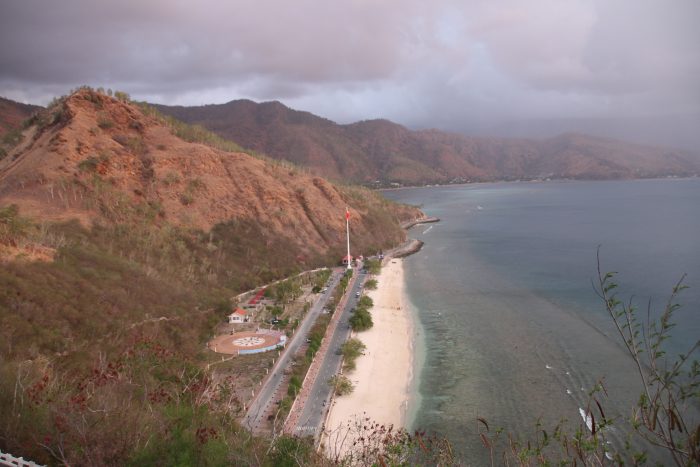 The next day the team was able to fly north, across a small stretch of sea to visit the island of Atauro. The airstrip on Atauro Island was opened just four years ago (in July 2014) and has enabled many ill and critically injured people to be transported more quickly to Dili. Prior to 2014, patients faced several hours on a boat to cover the same distance, that takes just fifteen minutes in a plane. After hearing about how the medevac service to Atauro island has saved the lives of many, one group participant reflected that without MAF “many lives would be lost.” 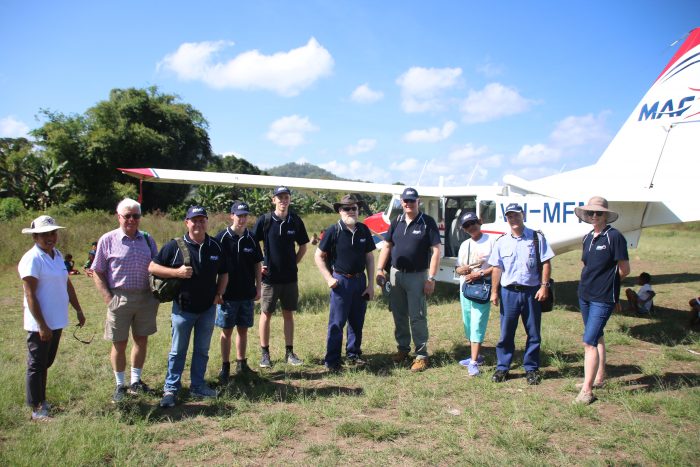 Visiting organisations like a craft centre and a sewing centre on the island helped the group to see how employment and income generating opportunities change the lives of the Timorese people. One lady recalled, that the organisations MAF “works with are equally inspiring to see them do so much with so little resources.” Transporting staff who work in these organisations is another part of what MAF does in Timor-Leste, partnering with others who are working to improve the health, education and well being of the people of this nation. Travel on Atauro island is mostly done by tuk tuk, (a motorcycle with a tray attached to the back which passengers can sit in). Another fun way to travel in Timor-Leste! 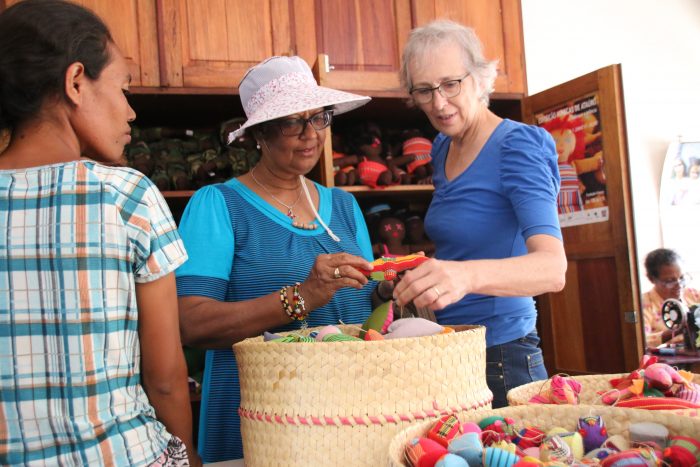 On the group’s final day, the group activities focused upon an introduction to Timorese history, culture and food with a tour around Dili. The tour guides were provided by Juventude ba Desenvolvimentu Nasional (JDN), an organisation that aims to further develop the skills and abilities of Timorese youth to improve their employment opportunities. One of their training projects is to act as guides on tours teaching visitors about significant places in their nation’s history. One of our guests said they realised that, “Timorese people have been through a lot of hard things and are very much still developing as a nation.” Another said, “I was shocked to learn of the horrific past of East Timor and the suffering inflicted on its people, especially the Santa Cruz Massacre.” A visit to the tais market, where items made from traditional weaving are sold and then a traditional Timorese style lunch at a restaurant which is part of a Hospitality Training Centre where students are able to learn about hospitality by actually running and working in a restaurant. 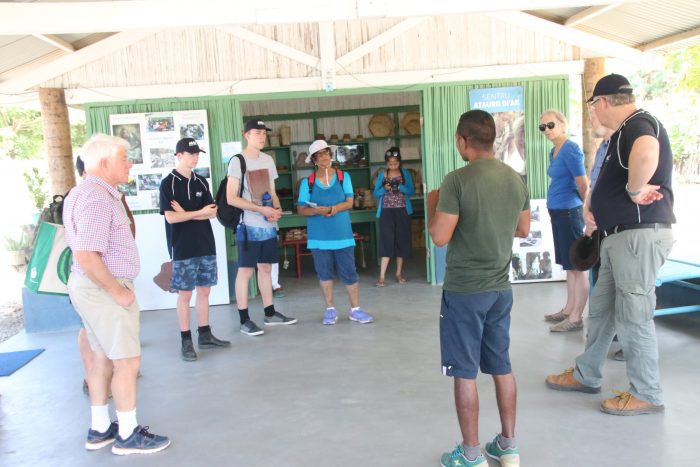 Our visit together ended with a meal together at the home of MAF staff Daniel and Deborah Moser, who live close to the beach. The group was able to meet all of the MAF staff and their families and spend some time getting to know the team. The MAF Timor-Leste team was so encouraged to have this group visit, they were so interested in what we do. The group blessed the MAF staff with some Australian treats and some much needed baby items to distribute in our care packs for medevac patients. The baby clothes and toys will be a great addition to the packs we make for mums with newborn babies, who often arrive in Dili with very little to help through a hospital stay. As the group heads back to Australia we hope this visit has given them a little more insight into the country of Timor-Leste and the challenges that missionaries including, our MAF staff face each day. 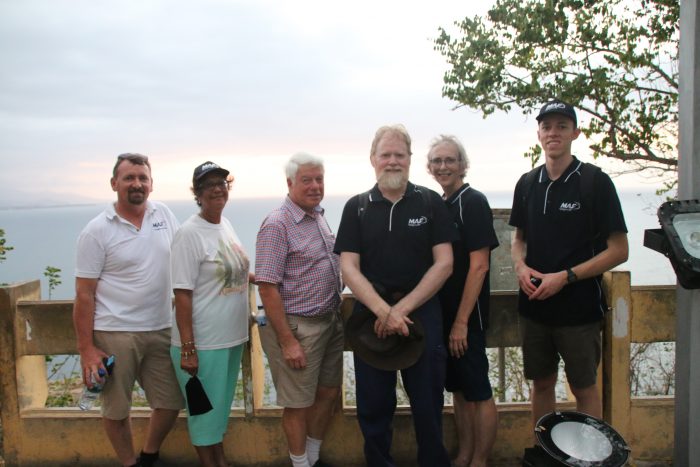 Additional quotes from those that came:

“It was great to experience the operations of a MAF Programme first hand!”

“Just getting to ride in a MAF plane – a dream come true!”

“MAF really is ‘flying for life’, as without them many lives would be lost.”

“It was such a delight to meet the MAF staff and families and actually take a flight on the MAF planes. … The NGOs they work with are equally inspiring to see them do so much with so little resources. … Now i can identify the faces of the staff photos in the MAF Prayer Book!”