MAF Pilot, Steven Biggs – stranded but steadfast about the future 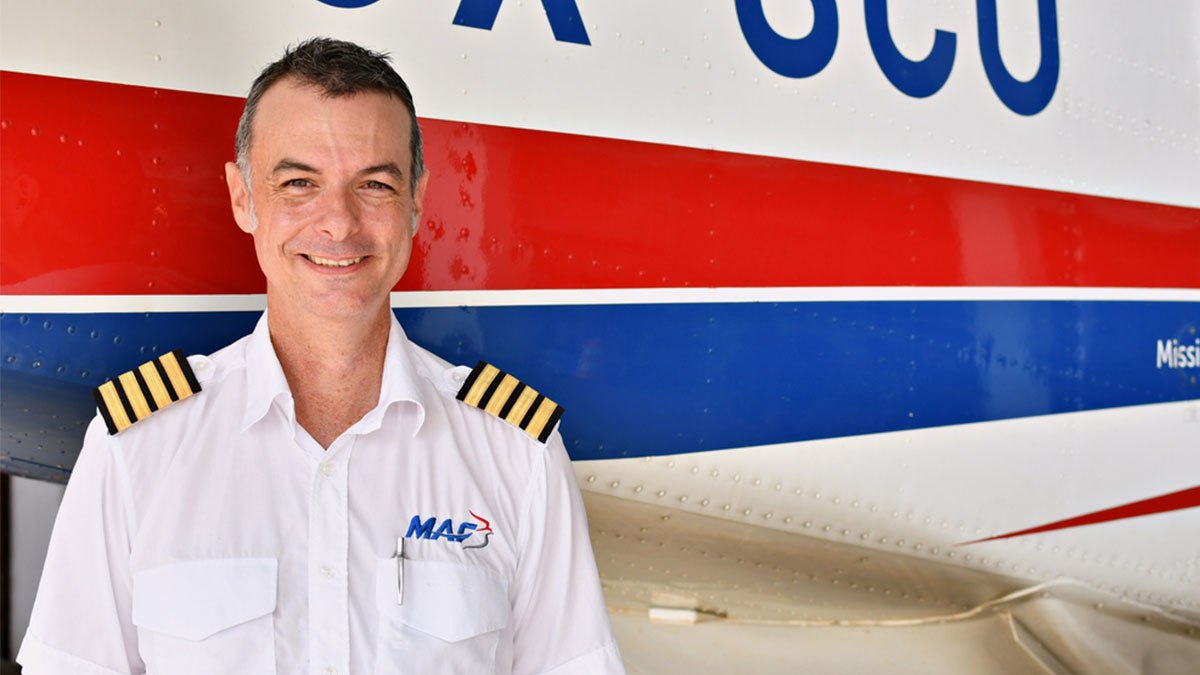 As the world navigates new quarantine restrictions, Australian MAF Pilot Steven Biggs, finds himself stuck in southeast Kent having had two Brisbane bound flights cancelled. MAF UK’s Claire Gilderson caught up with Steven in the UK about his future plans and what MAF in West Africa might look like, the other side of the pandemic….

When MAF Pilot, Steven Biggs, accepted his calling to serve in Liberia a year ago, he knew it would be challenging, but little did he know he would be caught up in the coronavirus pandemic, which would turn Liberia and the world upside down.

For many charity workers, the fear of the unknown, inadequate health facilities and potential civil unrest were enough for them to book the next flight home before the  borders shut, but not for Steven and his wife, Margot – a volunteer nurse at Monrovia’s ELWA Hospital.

‘We wouldn’t want to leave a sinking ship’

For Steven and Margot, quitting was not an option:

‘Our first thought was, “what can we do?” At a time like this, to be able to be there and help is invaluable. Because of the transport situation in the county, the only way to get around is by plane. We’re the only chance they’ve got. We wouldn’t want to leave a sinking ship – what would be the point of that?

To friends who wanted us to return, I said that there was no point coming home yet. We’re here to help – that s is why we are here.’

Determined to stay, Steven was privileged to pilot the first ever coronavirus related flight in Liberia. On 28th March, Steven flew a Ministry of Health medic to test a suspected coronavirus patient in the remote town of Zwedru. Fortunately, they tested negative. A positive diagnosis would have been devastating for the region.  Steven was elated:

‘It was really great that we were able to assist the government like that early on. MAF is known as a Christian organisation and the fact that they needed our help was great. I’ve only ever wanted to be a MAF pilot, so to do something that I know God has called me to do is really exciting. It makes me feel wonderful.’ 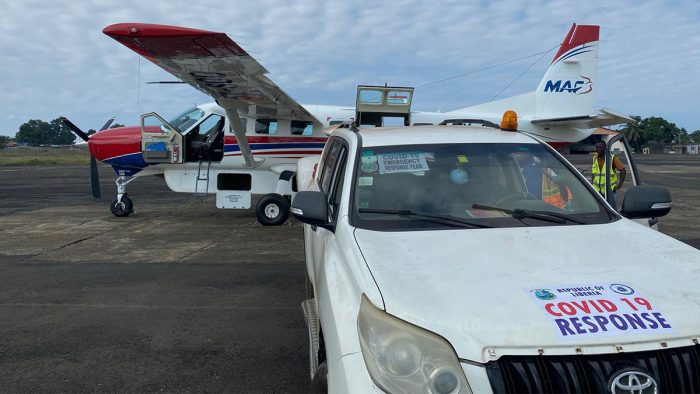 On a roll, more MAF Liberia mission flights followed, until a series of technicalities and coronavirus restrictions left the plane – and Steven – unable to fly.

‘It’s heart-breaking to have been grounded’

The first hitch was Steven’s medical. As MAF Liberia’s aircraft is registered in Uganda, MAF Liberia pilots have to fly to Uganda every six months to renew their medical certificate, in order to continue flying. With international borders closed, it was impossible for Steven to enter Uganda to do this.

Later, during a test flight, it became clear that the avionics screen on MAF Liberia’s aircraft was broken, resulting in the plane being grounded for safety reasons. By the time the new part had arrived and was installed, the plane’s operating licence and extension had expired. A new ‘Fit to Fly’ Certificate would take a while to come through and Uganda would probably not open its borders for Steven’s medical until January.

Steven’s colleague, MAF Pilot Andrew Mumford, will continue flying once the paperwork is in place, but for now, Steven is going nowhere:

‘It’s heart-breaking to have been grounded. The local airport keeps asking us when we are able to fly again, because that means jobs for their staff. We fly a lot of freight, food and essential medication, but those things just aren’t moving at the moment. I really want to fly, but I can’t right now. Frustration is an understatement.’

‘The need in West Africa is so immense, so in terms of MAF, it’s a really exciting place to be. Every flight is so incredibly important’

Every cloud has a silver lining!

Disappointed but not defeated, it was time to have a rethink about how Steven could best use his time for MAF and the people it serves.

Given the future expansion of MAF in West Africa, MAF will always need more pilots, but who is going to train them?

Becoming a flight instructor was always a possibility for Steven. Given the current coronavirus restrictions in West Africa – and providing he can return shortly to his native Australia – this autumn would be a great opportunity for him to undertake that potential training:

‘I just try to see the bigger picture. Over the next ten years, MAF is going to need more pilots so this is a good opportunity. For me, not a lot is happening in Liberia, so it makes sense for me to hopefully go home and do an instructor rating course before returning to Liberia in January.

MAF are thinking long term when I train to become a flight instructor. They want their staff trained effectively to advance their West Africa programme. Eventually, I hope to train pilots coming through West Africa to go to Guinea, etc, so there needs to be a pilot instructor in Liberia to support these countries.’

If Steven’s flight on 8th September doesn’t get cancelled again by the Australian authorities, Steven hopes to start his seven-week course at MAF’s flight training centre in Mareeba in October. 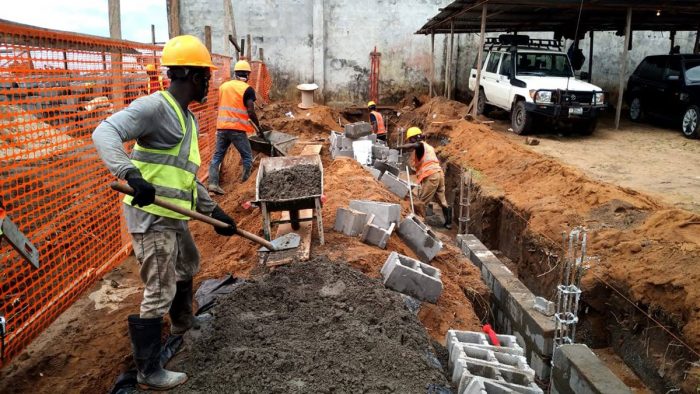 New MAF hangar in Monrovia will open in 2021

Meanwhile, with or without flying in Liberia, construction work in Monrovia continues. MAF began building a new hangar and offices in the capital last year to accommodate MAF’s expansion into West Africa. Construction is expected to finish early next year. The hangar will be big enough for two aircraft – the existing Liberia plane and another MAF aircraft reallocated from Mongolia where MAF operations have now ceased. 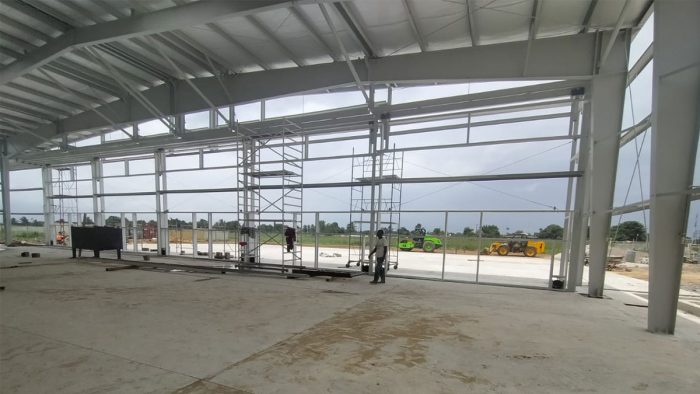 ‘At the moment, our plane is in an open hangar in Monrovia – it’s not as secure as we would like. We need a proper stores and engineering area to be able to maintain the aeroplane. We need more space to work more effectively.

Our old office is currently located outside of the airport. It isn’t ideal to be so far away from the aeroplane and makes things much more difficult.’ 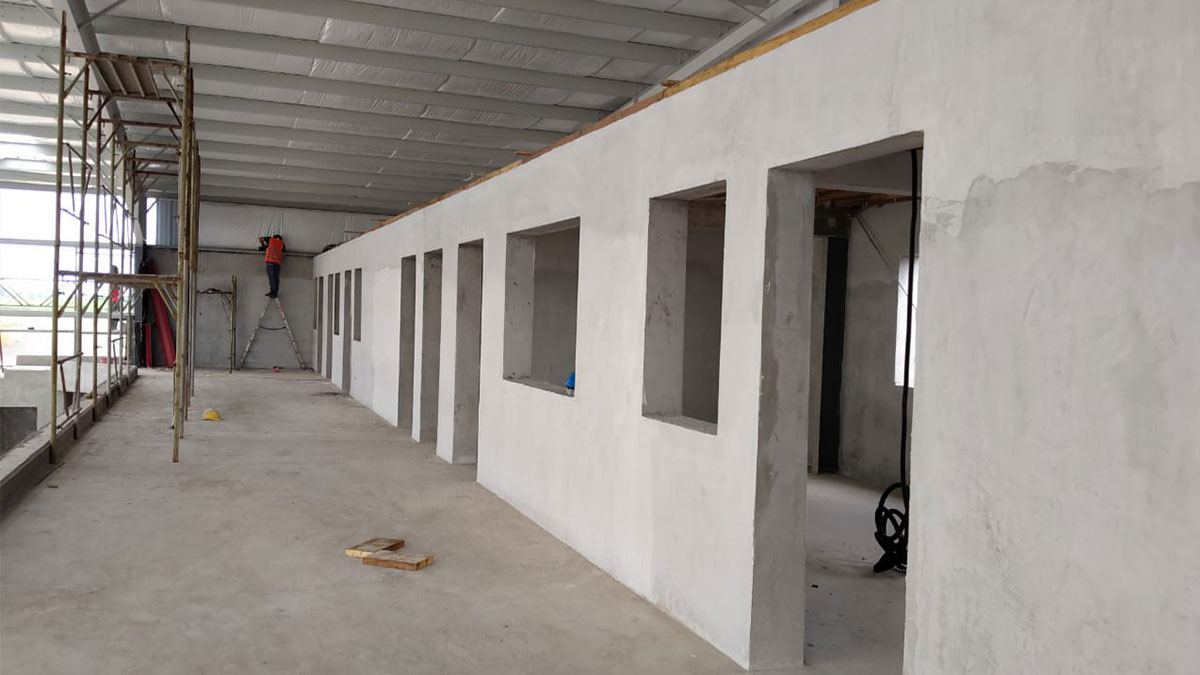 Monrovia is becoming a hub for West Africa, so in time, MAF could well become a maintenance facility to support nearby countries like Guinea.

Guinea is within grasp

As part of MAF’s West Africa expansion programme, work is already underway in Guinea. The team has been building up contacts there since February, but progress is slow because of coronavirus. Despite the challenges, Steven is excited about the future when he returns to Liberia in January:

‘I will be supporting Guinea operationally out of Liberia. We may swap pilots every few weeks where I will fly to Guinea and then return to Liberia. We will certainly support Guinea in terms of engineering, so we may have to swap aeroplanes while we do checks on the aircraft in our hangar.

The need is extreme in Guinea and we are desperately needed there. In the meantime, we are trying to work everything out long term.’

An honour to serve

As Steven waits for his next flight home, he marvels at God’s provision, purpose and plans for MAF in West Africa:

‘The need in West Africa is so immense – it’s overwhelming at times, so in terms of MAF, it’s a really exciting place to be. Every flight is so incredibly important to the people that we’re flying.

Over the next decade, MAF is expecting a real expansion across Liberia, Guinea and the region. The work here is only going to get bigger and busier for us. That’s what we want.

It’s so exciting to see how far we’ve come and how God has used MAF over the last 75 years, but we’re looking forward to the next decade because we know it’s one of growth.

MAF’s work in West Africa is just so vital to the people living here and to the NGOs that work here. To be able to transport people where they need to go, to reach the isolated and bring hope to those who have no way of getting to places or getting them the things they need – it’s an honour to be serving at the start of MAF’s work in West Africa.’ 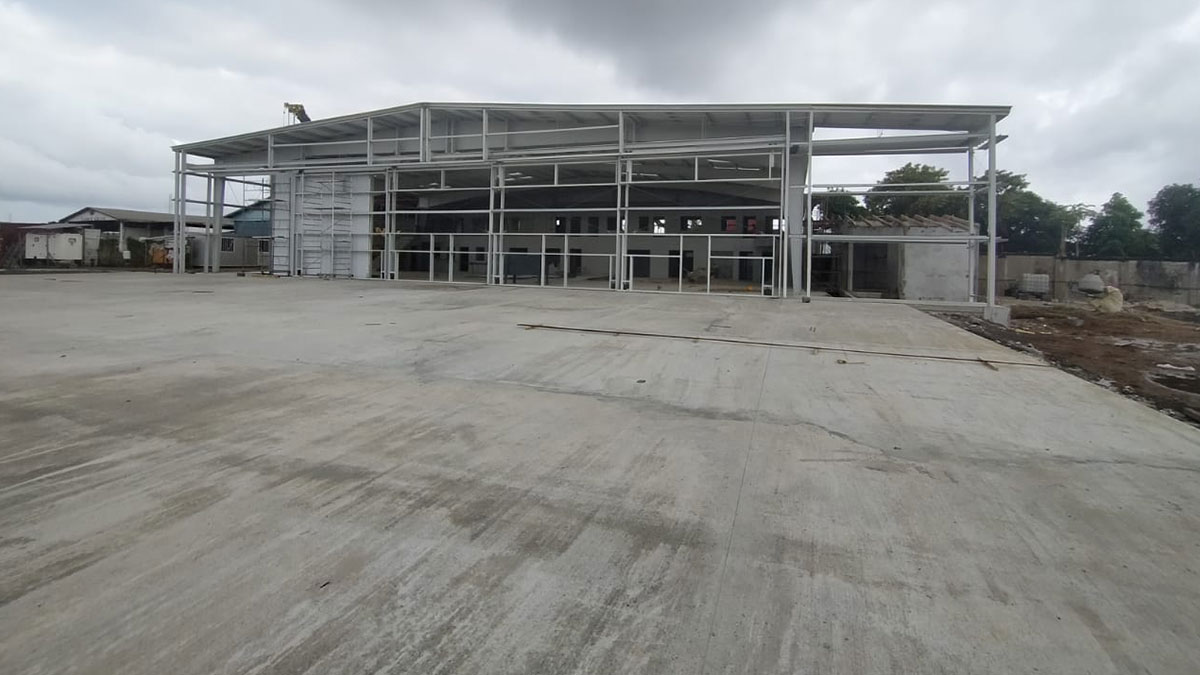