Delivering the Book of Ruth in Timor-Leste

On Wednesday Morning July 27, around 8:00 O’clock, Mission Aviation Fellowship flew a team from KuLIT and Wycliffe Timor-Leste to deliver the Bible book of Ruth in the Mambae translation to the Christian community in Same, Manufahi municipality. The flight was piloted by Captain Nick Hitchins with the aircraft VH-MAF. 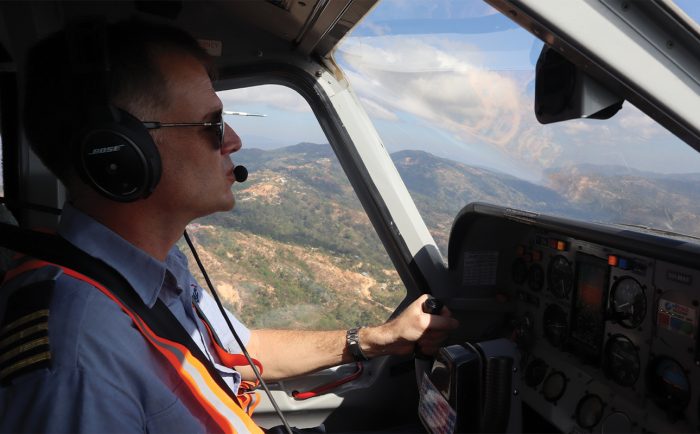 Carlos Marcal, a pastor of the Evangelic Church Presbyterian Timor-Leste, says, “Today we are going to deliver the translated Bible book of Ruth to the Christian community in Same. We are very proud because this is the first part of the Bible in Mambae version, and we believe that God will speak to the people in Mambae dialect.” 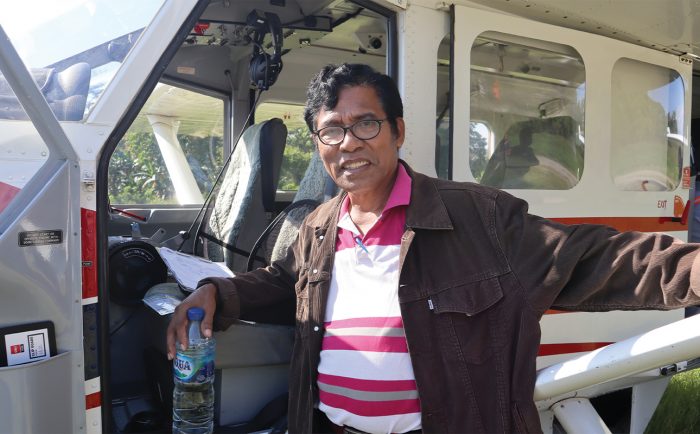 Timor-Leste is a tiny Island that has a variety of local languages, including twenty-five dialects. Mambae is the second most spoken dialect in Timor-Leste, spoken by 12.5 % of the people. It is also spoken in five municipalities (Aileu, Ainaro, Ermera, Likisa, and Manufahi).

He further says, “We have flown with MAF aircraft many times, and last year we flew with MAF to deliver the Bible book of Mark in Tetun version to the people in Maliana. We just recently finished translating the Book of Ruth into the Mambae version, and we hope that we will be able to translate the book of Mark soon, so that people can read the gospel in their mother tongue.”

Naomi, a pastor from the Evangelic Church Presbyterian Immanuel in Same, says, “We are thankful to God for giving his wisdom to the team that translated the book of Ruth in Mambae. We are also grateful to MAF for flying our pastors from Dili to Same. Even though the weather was challenging the MAF pilot carried our pastors successfully to Same to do the activity.”

On our way to Same it was pretty quiet because we flew over the mountains and experienced quite some turbulence when we flew across Maubisse. We stayed in Same for almost half an hour and distributed the Bible to the community until we returned to Dili. 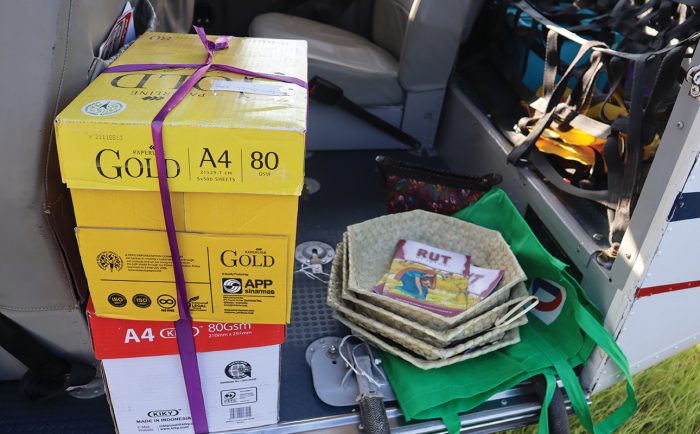 Pastor Carlos concludes, “We are grateful to MAF for carrying out their mission in Timor-Leste to evacuate sick people from rural areas to the national hospital in Dili, and also carry missionaries like us to deliver the gospel. We pray God’s blessings on MAF’s ministry in Timor-Leste.” 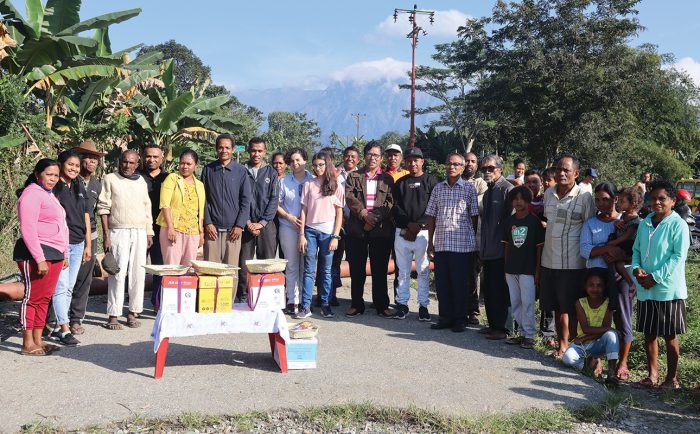 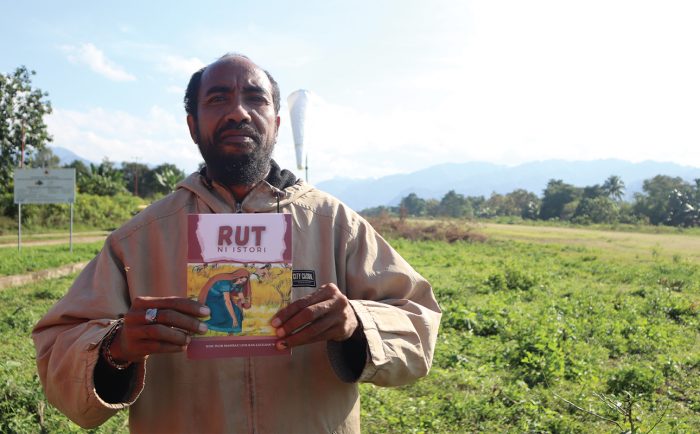 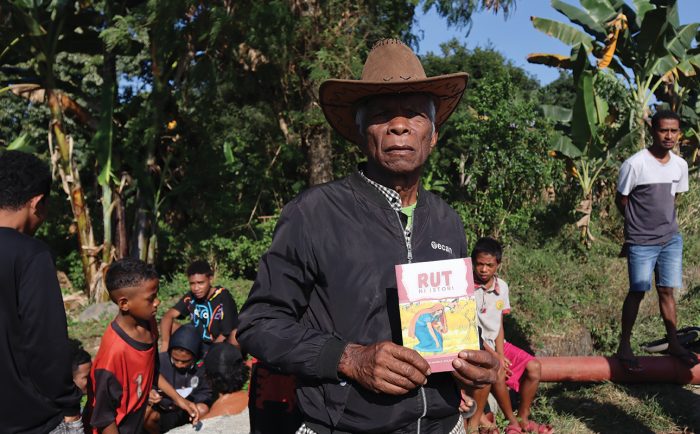