MAF Tanzania Country Director Stewart Ayling shares his reflections on the challenges of keeping the program running in the midst of the pandemic, whilst also prioritising the safety of the team, their partners, and the isolated people they serve.

“It was a Monday morning in mid-May and we were just starting our eighth week of ‘self-imposed lockdown’ in Tanzania. The first case of COVID-19 had reached the country on March 16th and the Government had reacted quickly by closing schools the following day. However from that point onwards few restrictions were mandated as the Government sought to allow life to continue ‘normally’, particularly for those who could not afford to be locked-down without an income.

So every Monday morning MAF Tanzania’s Immediate Response Team (IRT), made up of the Country Director, Ops Manager, Flight Ops Officer, and Safety Manager, were meeting to share information about the situation in the country and to review that week’s activities. Our conversation focussed on two questions:

1) How could we minimise the risk of infection for our staff and their families?

2) How could we minimise the risk of our flights being the means by which the pandemic reached an otherwise isolated village? This was a particular concern since many older Tanzanians return to the villages where they were brought up as they reach retirement. This meant that isolated villages were probably home to the most vulnerable sector of the population. 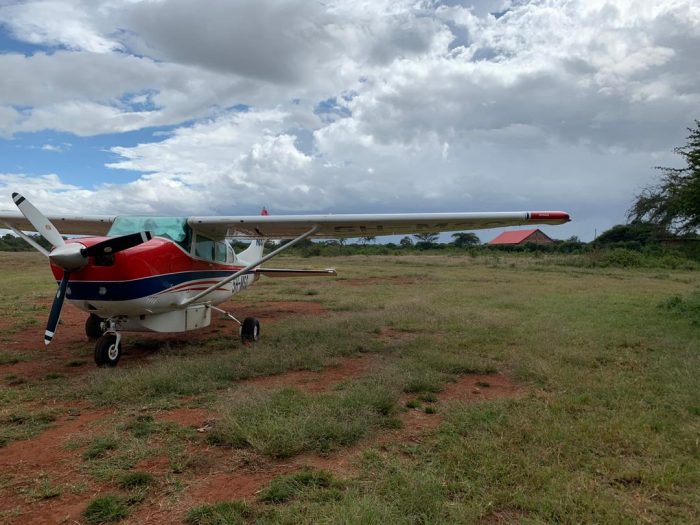 These were sometimes intense discussions as we tried to weigh the benefits that the mobile clinics and childhood vaccination programmes could bring, against the risk to villagers of them catching a virus they knew little about, and from which they had little protection.

This particular week, in which we were due to fly our regular medical safari with Haydom Hospital, had been especially difficult as there had been very little information about new cases in Tanzania, and yet numbers were growing fast in neighbouring countries. We consulted closely with the hospital to establish how widespread the virus was there as well as in the villages beyond.

The hospital was keen to continue with the clinics to maintain vaccination schedules for the children and to provide health coverage for new mothers. This was the rainy season and so the few roads in the area quickly changed from rough to impassable, and the hospital often had no alternative way to reach these locations. 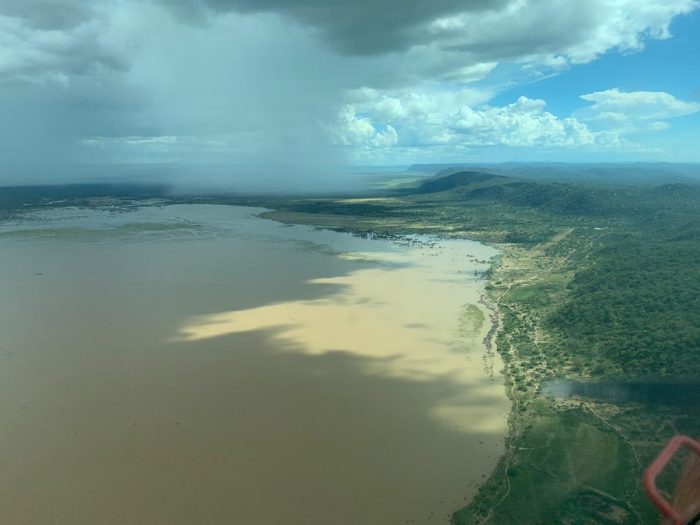 Eventually it was decided that we should go ahead with the safari, and so the aircraft left Arusha the following day carrying two members of hospital staff, for the one hour flight to Haydom. The hospital had kindly agreed to disinfect and set aside one of the guest rooms for use by our pilot Jarkko. 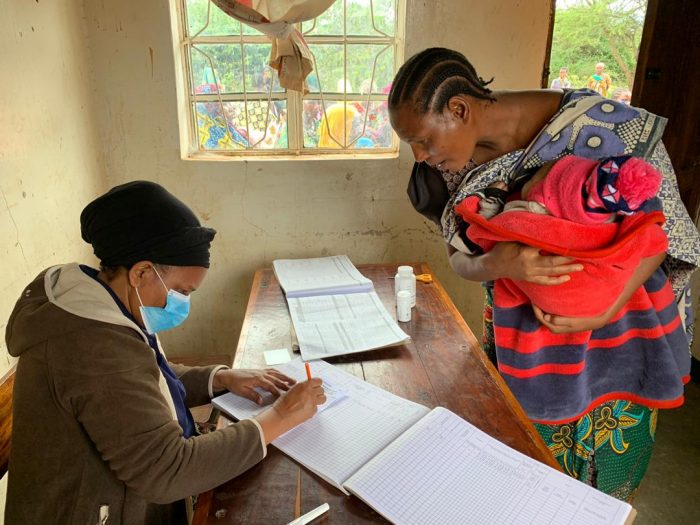 For the medical safari flights, each nurse completed a medical questionnaire and was provided with hand sanitiser and a facemask before boarding the aircraft. In the remote villages information about the virus was limited and so we distributed some government-approved guidance about protecting against infection and transmission.

And as usual the rainy season added to the challenges of the week with long grass needing attention at one airstrip and a bumpy ‘wash-out’ (a small gully caused by rainwater, which can damage the aircraft) needing to be filled at another.

But was it worth it? Had we made the right decision?

Over the course of the three days of village clinics the busy nurses from Haydom hospital met with 1,888 mothers and babies, providing treatments and vaccinations. Despite the challenges of the pandemic and the rainy season the clinics were able to maintain healthcare for these isolated families, thankfully without any reports of infections in the following days.”