The Life of a MAF Wife

Over a decade ago, I left the UK for a new life in Australia with my young family; Reactions from family and friends at home were mixed between very brave or very unwise to leave our support networks behind. Now as I chat with Mif Little, wife of Andy Little, Head of Training at the MAF Mareeba Training Centre, I realise that what I did was very insignificant to the challenges that this brave lady and her family took on in the name of Jesus Christ.

Joshua 1:9 comes to mind “I repeat, Be strong and Brave! Don’t be afraid and don’t panic, for I, the Lord your God am with you in all you do.”

Mif Little met her husband Andy when he was just about to complete his MAF Pilot training. She had always felt the call to work overseas as she had lived in India with her parents as a child, but God pulled it all together when she met Andy. 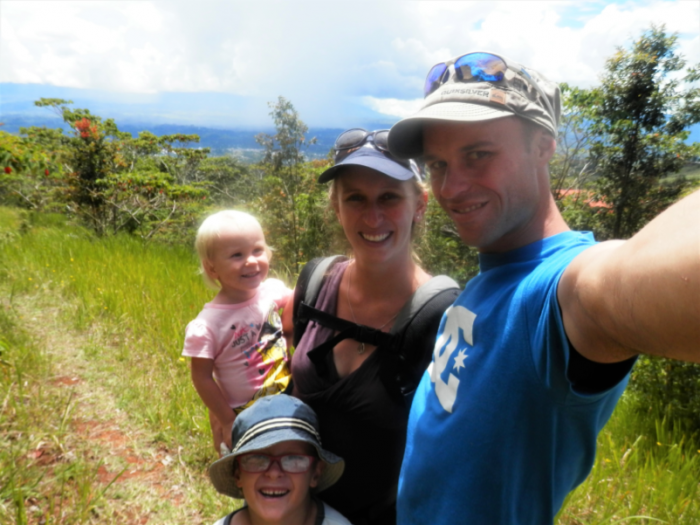 Mif’s Dad had grown up in Borneo where her Grandparents had been Missionaries for approximately 25 years. They had been part of the cutting out of the first airstrip there. Mif’s Dad felt that it was important for his children to complete their education in Australia as he himself had struggled to transition back to Australia from Borneo, so Mif completed her education in Australia, but she now felt ready for the mission field.

Mif & Andy spent their first six months serving MAF in Arnhem Land. Mif explained “we loved Arnhem Land. It was amazing work. It is a place where God is the only answer as the people there are given plenty of money, but they are still unfulfilled. There is a constant spiritual battle. The people are so disempowered.” Mif said that they would have loved to have stayed in Arnhem Land as it was very special. Part of the reason it was so special was the fact that the Little family were quickly adopted by a local indigenous family. Mif very much enjoyed being visited by her adopted brother and his children. She felt that they would visit her and her family to distance themselves from the gambling and drinking that would take place at home.

The Little family were then sent to Papua New Guinea (PNG) to a place called Kawito, in the Western Province, which is the poorest province in PNG. The base in Kawito had been closed for seven years due to a pilot shortage in the PNG program during that time. So the Little family and another family moved there to re-open the base. There were no roads, so you were only able to come in by plane or a barge that only visited twice a year. 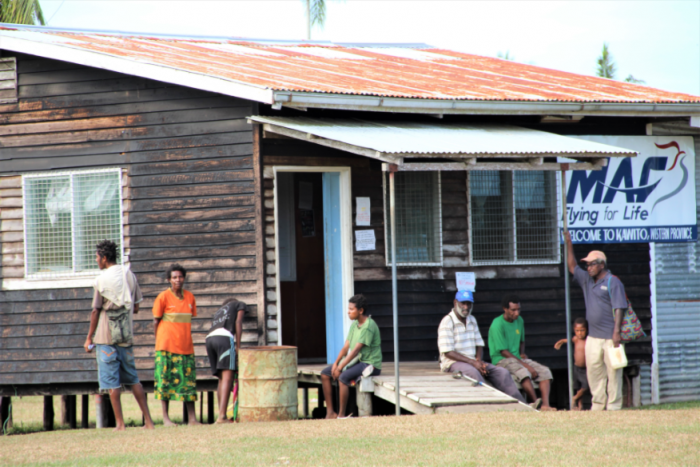 Mif was the Base Manager in Kawito, and would consolidate bookings into cohesive flight programs for her husband Andy. She also managed the two local staff that worked at the base, who would take bookings, refuel aircraft and mow lawns etc. Mif was really busy during this time as she was also home schooling their son Theo, as well as working at the local bible college – teaching English as a second language, first aid and health promotion.

Mif explains “that the first 18 months of their four year stay were very challenging.” This was because they had to learn new skills such as being able to repair the run down houses that had not been touched for seven years. The local people would come to them for everything such as first aid. Mif recalls how her son Theo called her Doctor as she would be called upon in local medical emergencies such as when a local boy thought he was stabbing a fish with his bush knife, but it was actually the back of another boy’s ankle. And when a little girl managed to cut her finger off when chopping firewood.

At the weekends wherever possible, Mif and her family would take their boat and visit the more remote villages. Mif recalls one such time and tells me that the week leading up to the visit had been an especially hard week, leaving her feeling that she wasn’t really up to visiting this village at the weekend, but they had already rearranged this visit, so decided to go anyway. The village was called Ali, which means Village at the end of the River. This gives you an idea of just how remote it was. They showed the villagers a Jesus film on the Saturday morning, which totally overwhelmed them and they just cried and cried. Some of the villages they would visit, the people would tell them that they had not had outside visitors for 30 years or more; they would be so very grateful that they had come. Andy then preached on the Sunday morning and the men would ask question after question about the Bible. They were starved of information. In many places, the same sermons were repeatedly given and they only had part of the Bible translated, so new sermons and materials was a total blessing to them. 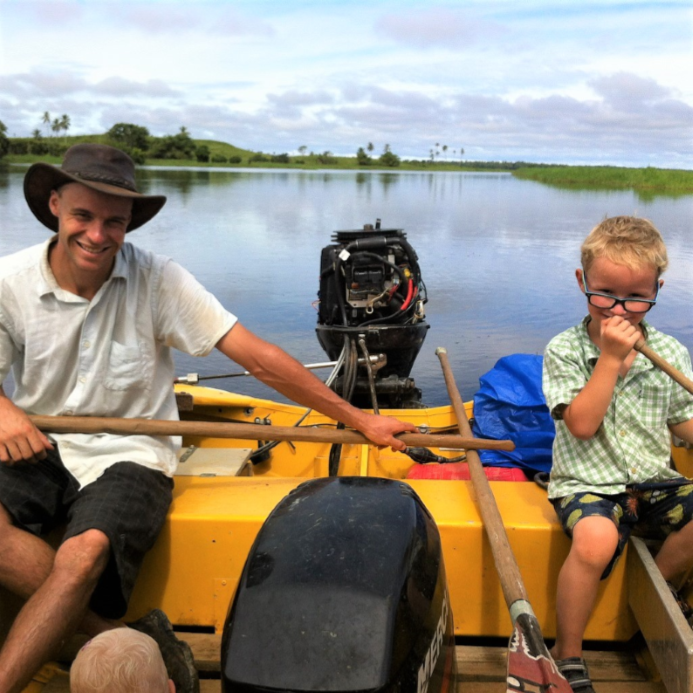 Mif also took it upon herself to source needed items for the local people of Kawito. Clothes were difficult to get, so Mif would take clothes from Australia. She also met up with an ex-Doctor who was passionate about improving the spirituality of the local PNG people, who wrote incredible bible studies that Mif was also able to distribute. The local people also sought bibles, song sheets, chord charts for guitars, anti-fungal tablets to name but a few things they needed. So whenever Mif saw a need she would try and source products to help the local people. She would also lend her books out as a library and ran a playgroup for the local mums and children. 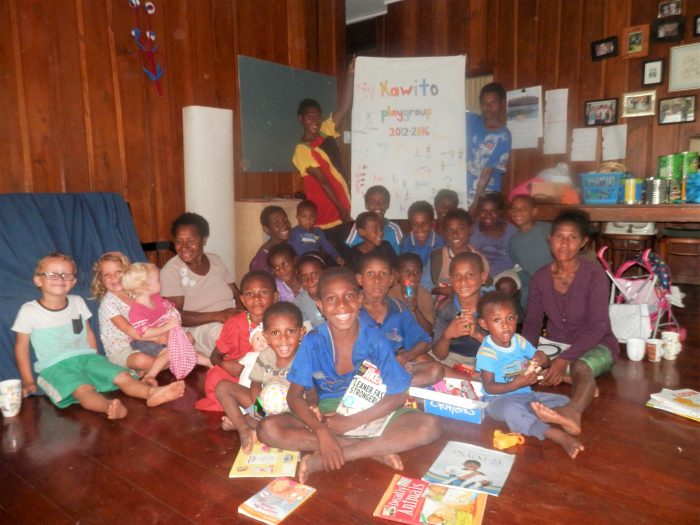 Mif recalls a particularly sad story during our chat “it was Christmas Eve and a local lady with two children came to me with a terrible tooth infection. I told the lady that the tooth needed to be removed at the local hospital as I did not have any tools to remove it myself, but I stressed that the infection was bad so she needed to set out for the half day paddle immediately. Sadly, I heard later that the lady had delayed the trip and had died when she got to the hospital.”

From there, my Mum, a dentist, taught me on an orange how to stitch and gave me some basic dental tools to try and stop this from ever happening again.

When coming back to Australia, Mif explained “that life was so easy in Australia and I really didn’t like it when we came back!” She is reminded of a story of the local Bible college needing the local sawmill to visit. They had walked up the river themselves and cut logs, then floated them downstream, but they then needed the sawmill to cut the wood into pieces for them to try and re-build their derelict bible college. The sawmill were due to come the following day, and they were praying that God would provide a way to pay for their services. They were totally reliant on God and He came through for them, as the sawmill people needed wood themselves, so swapped their services for some of the wood. Resilient Christians look past their troubles and put their minds on Christ. 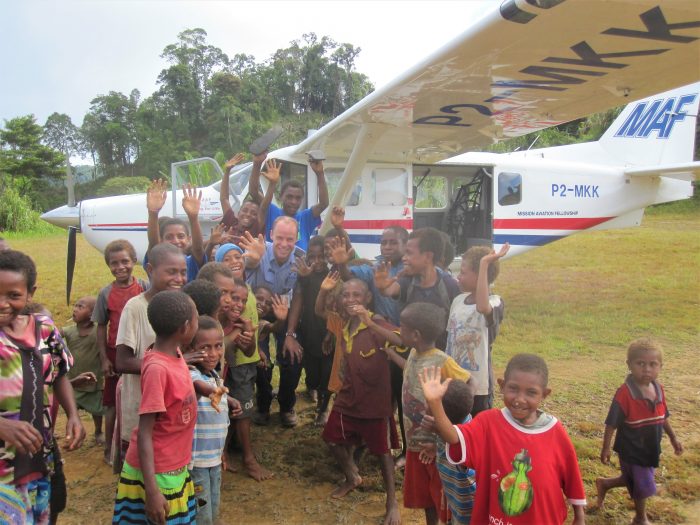 Another day, Andy met a man who had walked over 50 miles to see if a MAF plane might land, so that he could get a Bible. Mif also tells of a Medevac that Andy had carried out. The odds were against him as he had only just enough daylight to make the flight, based on very optimistic refuel time and the lady in labour being ready at the airstrip when he arrived. This lady was in labour with her fifth child; the first four babies had died in child-birth. God was with him every step of the way, which enabled him to transport the lady to hospital and for her baby to be born healthy. Halleluiah!

Going forward, Mif feels it is so important to spread the word that being sent to an out-station within MAF can be a very rewarding experience. Many MAF families who have experienced such life, will very often say that that was their best time whilst serving with MAF.

Many families are still reluctant to go to such remote areas though, so Mif and Andy hope to help try and change this view.