Apart from flying medical teams to the remote homelands of Arnhem Land, MAF aircraft also fly Yolngu men, women and children to the district hospital for general appointments or urgent medical care. In 2019, 1085 passengers travelled on a MAF medical flight and another 236 patients were medevaced by MAF during medical emergencies. 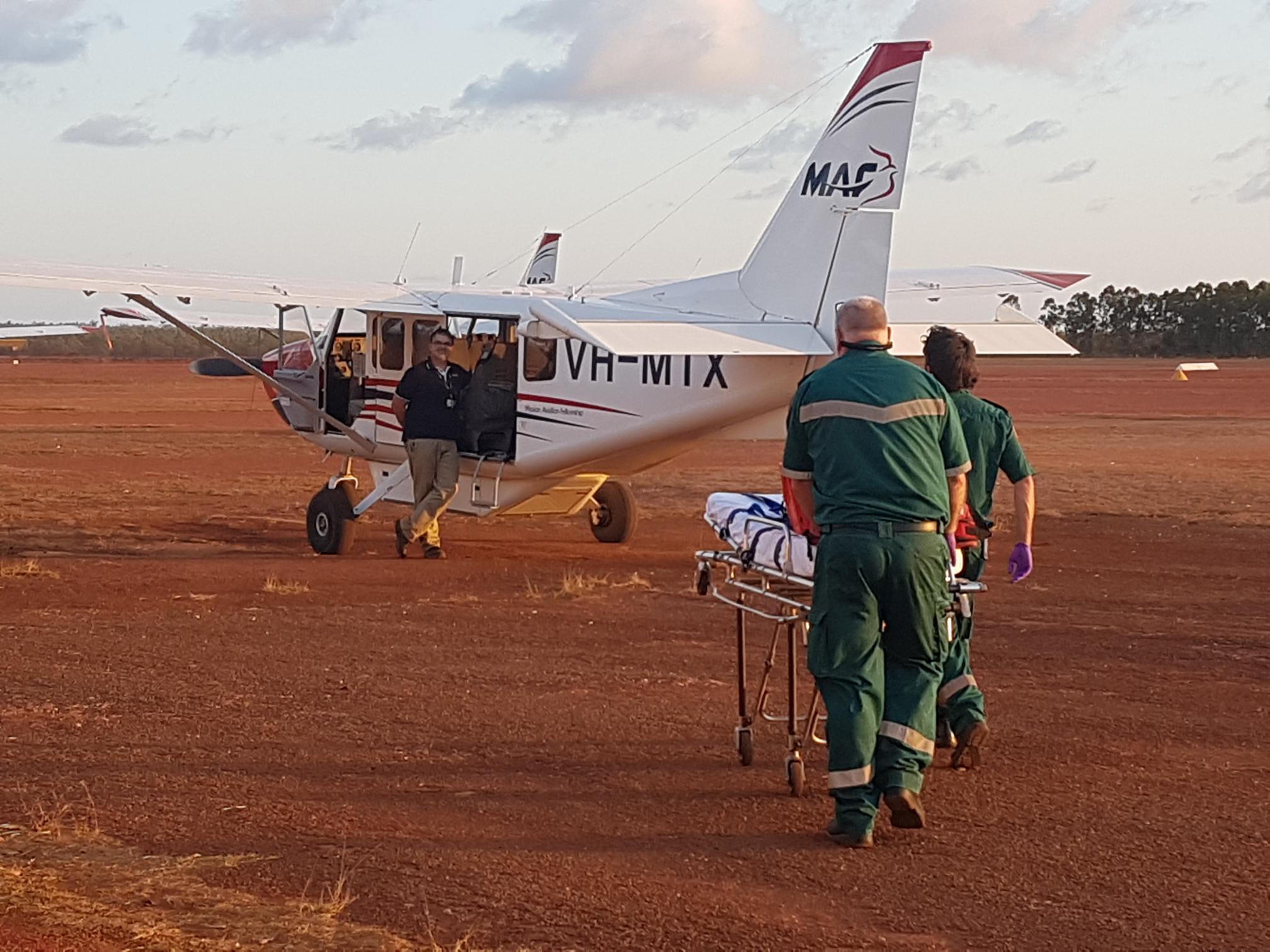 It was a Monday afternoon and Jaco was assigned to bring a patient from the homeland of Garrthalala. Patient travel flights like these are not deemed urgent, but are vital in enabling the people from homelands gain access to everyday healthcare. After setting up his aircraft for the flight, Jaco left for the homeland. 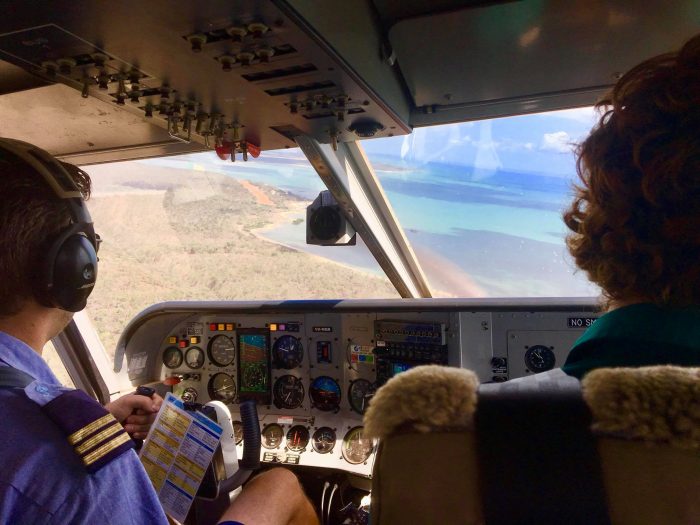 Despite the showers on the way, Garthalala was clear of weather when Jaco landed. But to his surprise, there was no sign of anyone waiting for the aircraft. Soon after, a man walked up to Jaco asking if the plane could be brought closer to the clinic. “It was an odd request,” Jaco thought but after having a look at the clinic and judging the surface he decided to do it.

As the aircraft repositioned, a lady stepped out of the clinic supporting a teenage girl who had a towel wrapped around her head. It was evident that the teenager had injured her head and neck. She could barely walk but somehow with much difficulty, she managed to get into the aircraft; she was unable to sit or keep her head straight.

“There was no way she could travel in a normal seat. She had to be flown out soon but the local aeromedical aircraft isn’t suitable to land on Garthalala’s small airstrip,” Jaco thought to himself. The patient was clearly in a lot of pain and the Jaco’s aircraft was the quickest and safest option to get her to hospital.

“I took out two seats and attached a borrowed stretcher from the clinic. The patient’s helper and I used cargo straps, a blanket and a pillow to make a make-shift but secure bed. The patient took her time in finding a comfortable position and then we secured her to the stretcher. This was when I wished that MAF’s flying ambulance service was operational. It would have made the entry, exit and the actual flight so much better for the patient,” Jaco added.

In 2019 it was identified that a high percentage of homelands in East Arnhem Land with short and unpaved airstrips weren’t suitable for the local aeromedical aircraft to land on due to operational limitations. This meant that a mother experiencing labour pain or a person suffering a heart attack in the homelands would have to be driven on a bumpy 4×4 track for at least four hours before reaching the Gove District Hospital. MAF in Arnhem Land is making an effort to change this by bridging the gap that exists in the current system. 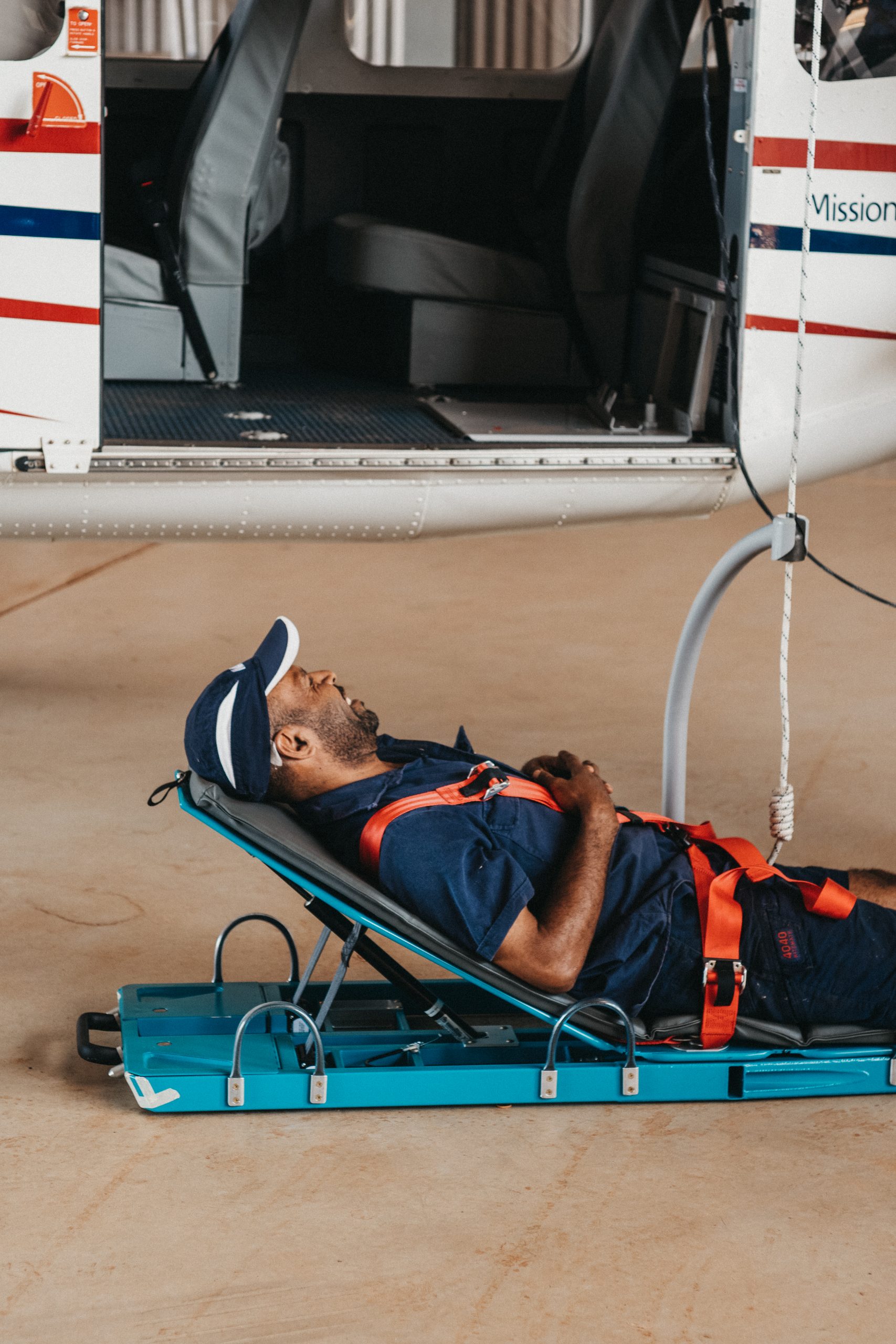 MAF has proposed for a flying ambulance service on a GA8 aircraft that is capable of landing in the shortest of airstrips in the area. The service will have a dedicated aircraft and pilot on standby at all times and the service will be exclusive for the homelands in East Arnhem Land. The aircraft will be fitted with a stretcher hoist, a stretcher, emergency medical equipment, life support and seats for paramedics or nurses to use during flight. In late 2019, a prototype was brought in from MAF’s engineering facility at Mareeba and was used to demonstrate the effectiveness and ease of operation to MAF’s stakeholders from the medical field and the local government. The demonstration was a success and MAF is now working on building partnerships, gaining approvals and securing funding to make this service fully functional at the earliest. 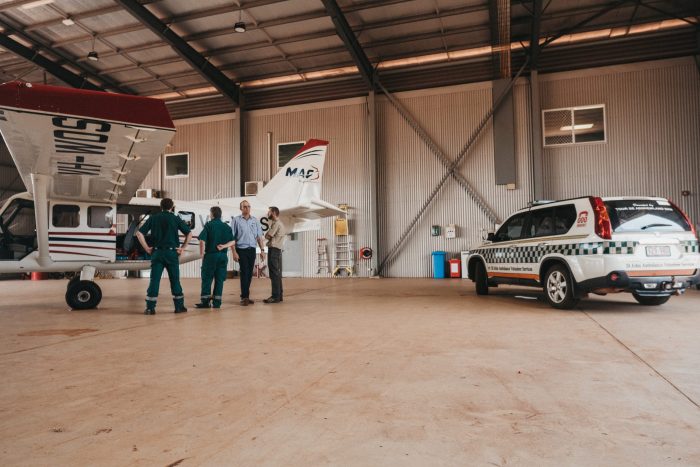 Alongside its partners who have a passion to help the remote, MAF is confident that this service will provide full access to emergency medical transport for those living in the remote homelands of Arnhem Land.