Missionary Hudson Taylor once said, “God isn’t looking for people of great faith, but for individuals ready to follow Him.” In the world of MAF, one such individual who has faithfully followed Christ and served Him through MAF for 45 years is the legendary Max Chapman. 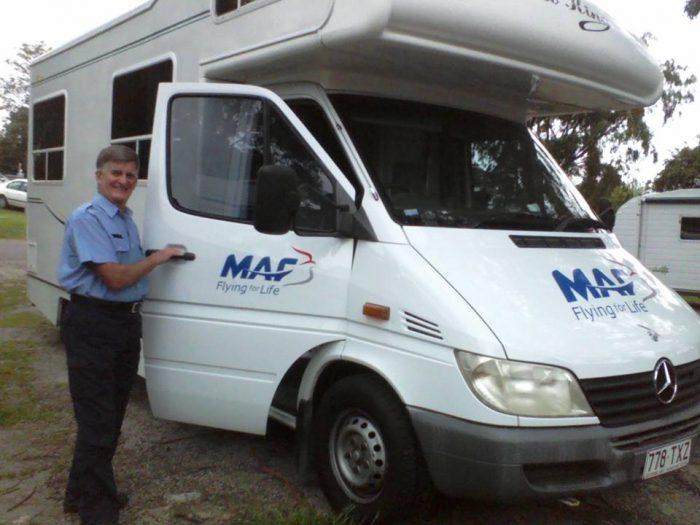 Max and his wife Verna were accepted for candidacy with MAF in 1975, departing for Papua New Guinea in 1977 where they served with MAF until 1980. 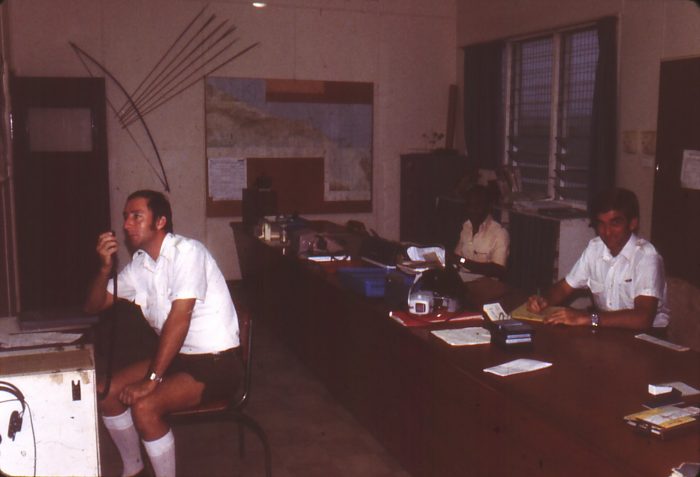 They returned to Australia in 1981 due to the educational needs of their four daughters, and Max spent the following 7 years stationed in Box Hill where he operated many Ferry flights from Ballarat to Mt Hagen, Alice Springs and Gove. He also set up the programs in Alice Springs and Hooker Creek and spent his time as a relief pilot, acting chief pilot or program manager, wherever he was needed and to whatever God called him. 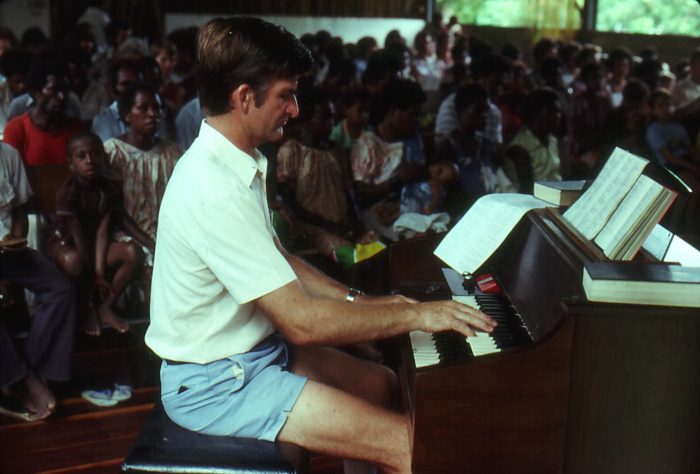 In 1989 Max and Verna returned to Papua New Guinea for another 7 years. They came back again to Box Hill where they were involved in teaching Quality Assurance to all branch offices. Officially retiring in 1999, Max continued to serve MAF whenever and wherever God called him to step up. That included four tours of Aceh, Indonesia, after the devastating Boxing Day Tsunami in 2004 as well as some time as a relief pilot in Timor-Leste. 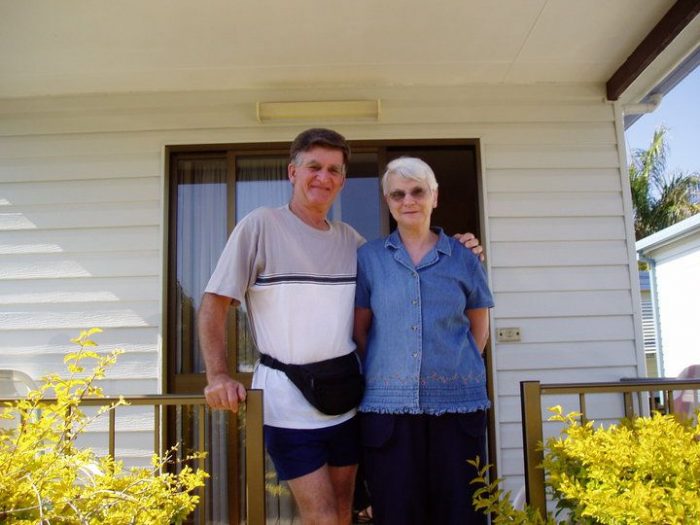 2013 saw Verna depart for God’s “special appointment”, just 2 months short of 53 years of wonderful marriage. The following year, steadfast in his amazing commitment to the call of serving with MAF, Max purchased a motor home and made it into a mobile MAF information centre. Thus began, in his own words, “my vision of giving back to MAF the final useful years, to wave the flag for this marvellous ministry.” 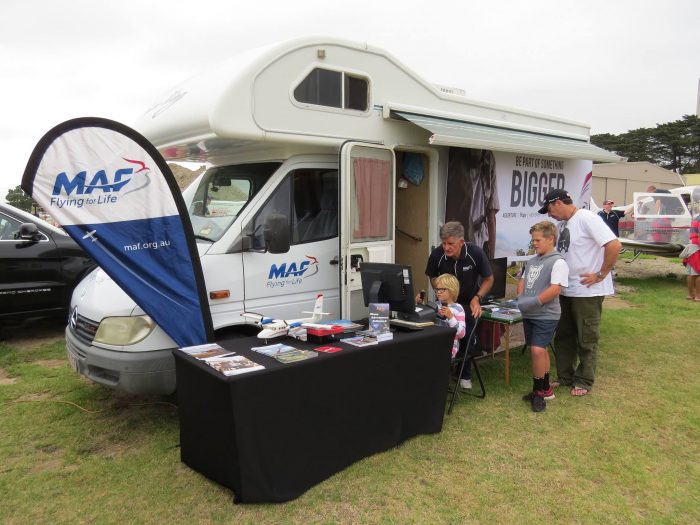 When asked in 2016 about his advocacy work for MAF, Max said, “My motivation for this work comes from a deep impression I experienced as I was fulfilling the role of relief pilot some years ago. The many years flying as a relief pilot were great and very rewarding. But I realised that what MAF really needed was someone to tell the marvellous story of how MAF personnel are showing God’s love and mercy to communities living in remote and isolated villages. Here, at home, is the next generation of MAF pilots, engineers and managers. They just need to know that such an opportunity exists.” 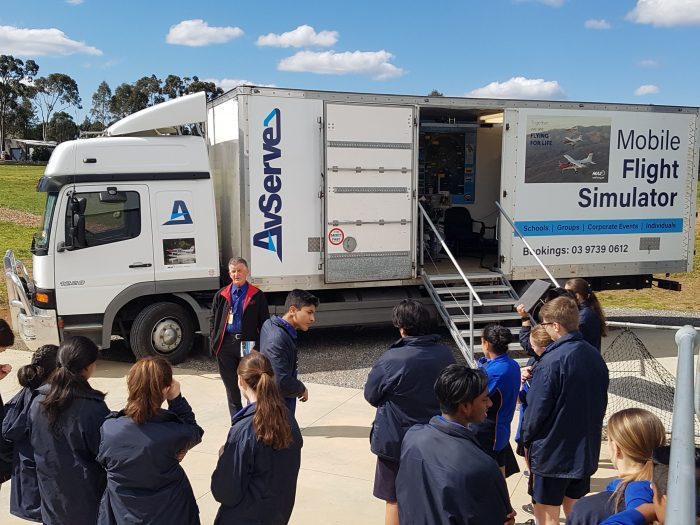 Max has spent his retirement years advocating for MAF around Australia, representing us at air shows, schools, churches and other events. After 45 amazing years at MAF, Max has finally decided to officially retire (although we cannot help but think if the opportunity arises in this second retirement, he will still be advocating for MAF whenever he can). Max writes, “Having seen 82 Christmases, the time has come to hang up my headset and do what the Lord has for me to do till He comes for me.”

On behalf of all MAF Australia staff who you have touched with your amazing enthusiasm, faithfulness, and persistence, and all the people you have served in your many roles with MAF, we simply want to say Thank You. Thank you for pioneering, thank you for staying the course, thank you for following His call on your life. God bless you Max. 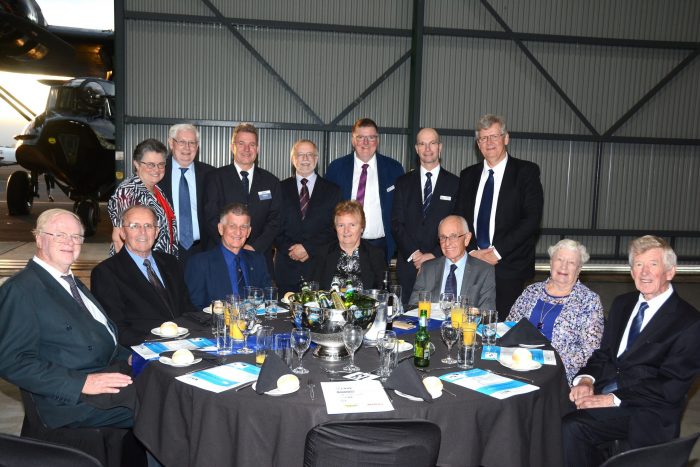