Restoration for Victims of War & Violence

In the world of a MAF pilot, life is never predictable, but especially now with the current Covid19 crisis, you never know what a day is going to bring.  An admirable trait I have observed over the years of working with MAF is the way they will determinedly find a way through when they come up against logistic obstacles.  Recently we’ve had to be patient and wait for another audit required for meeting the new health procedures for Covid19.  The permissions came through in time for us to participate in an incredibly important flight.  EDRC have suffered from years of rampant militia attacking local villages.  MAF Uganda were asked to help fly women who have suffered violation crimes to the Panzi Hospital which is dedicated to help victims of rape and domestic violence.  Even though the planning and logistics were complicated, MAF agreed to these challenges because of the desperate plight of these women. 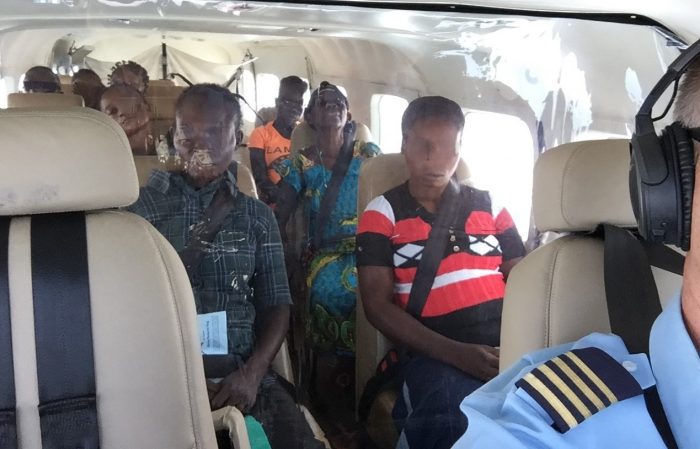 Pilot Andrew Parker filled us in on the details of the flight, ‘A visiting team of European doctors came to Panzi Foundation in Bukavu this week and these ladies came from deep in the jungle for surgery.   The flight required more planning and complicated stops to collect passengers and also an overnight fuel stop in Goma both ways.  In the end 8 women turned up in Lodja and 5 were waiting for the plane in Gemena.’ 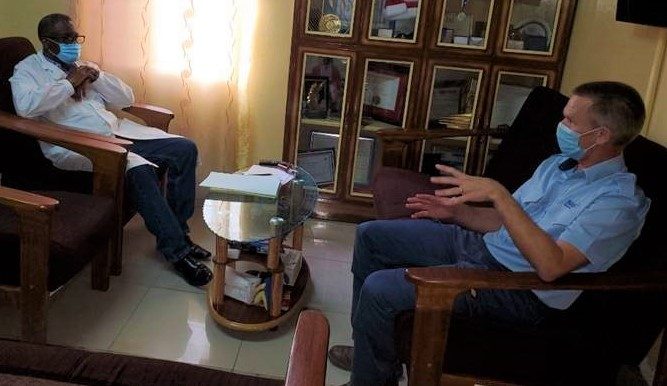 On arrival, Andrew was able to meet with Nobel Prize Winner, Dr Mukwege, also the founder of the Panzi Hospital and Foundation.  Dr Mukwege is a strong advocate for ending sexual violence and rape being used as a weapon of war.   Andrew went onto share, ‘Dr Mukwege expressed his thanks for MAF and was really appreciative that we were willing to fly these ladies to the hospital.  He expressed his hope that the relationship with MAF would continue, as this was a first flight bringing women to the hospital who live remotely and the surgeries needed to be done in the hospital and not via surgeons visiting them.  The women had walked for days or taken motorbike taxis to get to the airfields in Gemena and Lodja to meet the plane.’ 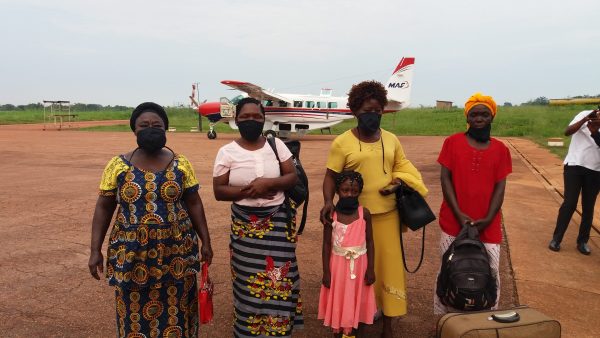 Andrew had to commit to the 6 days away and also a 2 week quarantine and Covid19 test after his return.    ‘I was feeling reluctant when I first heard about the flight because the area is unknown to me and most people speak French.  I was frustrated by the planning of the flight, but then as I realised the significance of the flights purpose, how much the women needed the surgery and that it was God’s purpose, I knew I needed to just do what I’d been asked to do.’   Andrew reminded me of the second brother in the parable of the willing servant when one brother said he would go but didn’t and the other brother said he wouldn’t go, but did.  Andrew agreed to go even though he was at first reluctant and instead agreed to surrendering family time and facing a complicated flight in unknown territory.    ‘Quarantine was a bit tedious and frustrating.  Strange to be down the road from your family but not able to see them or help in anyway.’  Regardless, Andrew wouldn’t have changed his decision after seeing the impact this flight made for his passengers.

Please stand with us in praying for women and children to be protected from crimes like the ones these women have faced and also pray for men and women like Dr Mukwege who are fighting this tide.  To be included in changing the end story for these 13 women was a humbling part for MAF to play, supporting Dr Mukwege’s vision of restoring women’s dignity and bringing some kind of healing to the ordeals they have lived through.