Singing people, dancing in their most festive clothing expressing their joy and appreciation was the scene that welcomed pilots Richie Axon and Paul Woodington as they brought in the first aircraft after 22 years of isolation into Yalum. The airstrip was closed due to civil unrest, but the need and longing for an open door through aviation caused the people to come together in peace talks and step up to clear the runway so that MAF once again can serve the community.

It was a fine and sunny morning when the pilots prepared the test landing for Yalum. The airstrip with its 450 meters and 2.4 % slope is a great challenge which limits the load of the aircraft and demands certain safety measures. The RAA (Rural Airstrip Authority) had done a survey a month before, but the pilots needed to confirm the length and that the clearway was free from obstacles. Richie Axon describes the event before landing. 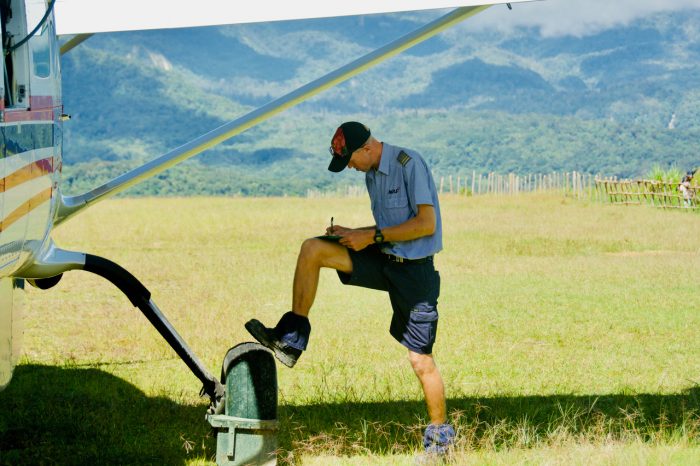 “We took our time to fly around the airstrip and orient ourselves. We flew two low level inspection passes to examine the airstrip. Then I flew an approach down to short final and carried out a go around to evaluate what would be our ’committal point’ and Paul Woodington flew the first landing”.

Yalum is located in the Enga Province and has around 10-12 000 people living in the surrounding eight council wards. Peter Pyandea from RAA was one of the men who conducted the survey before the test landing. He says that it took a full day of driving from Goroka to reach Laiagam, the closest town, where they spent the night before they continued the next day for another hour by car and 7-8 hours walking to reach the Yalum airstrip.

“I was expecting to see trees and bushes growing but was really surprised to see that the airstrip was clean”, he says. “It was much better than I expected”. 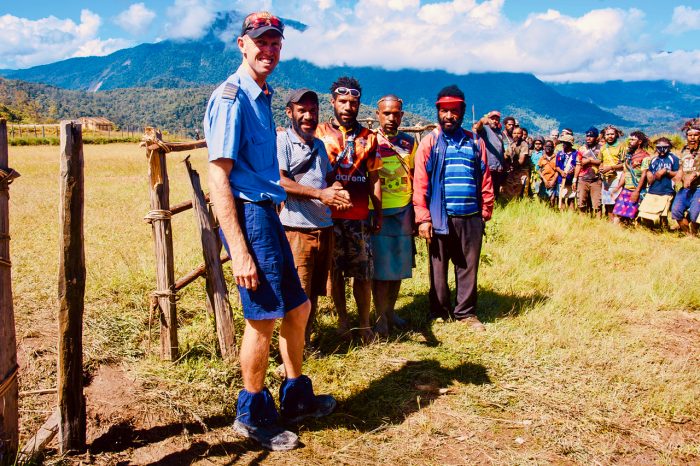 The community had come together and cleared the airstrip of grass, trees and had put up a fence. The only feedback from the survey was some loose gravel in the line area that needed to be buried and that they needed to move the fencing a little bit.

“The community had done most of the work, which really showed that they need this airstrip”, says Peter.

The communities around Yalum have been suffering from civil unrest for many years, and it was when a group of armed men attempted to storm the aircraft to attack a passenger that they felt was their enemy, that the airstrip was closed with immediate effect over 20 years ago. 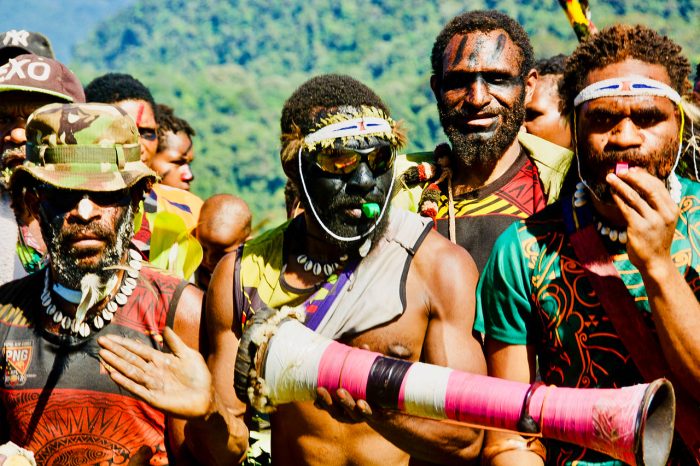 Fortunately, the attempt failed, and the police became involved. But with difficulties and distrust within the relationships in the communities continuing, the airstrip remained closed and started to overgrow.

Until now. The people didn’t want to live in isolation anymore and after encouragement and pressure from a few key leaders, the villages came together last year for peace talks and started mobilizing for change. And together they cleared and prepared the airstrip.

When MAF landed this test flight the community was waiting with a large singsing group.

” We were greeted with handshakes and smiles by some of the community and church leaders. It was obvious that a lot of work had gone into preparing and the community leaders kept saying how much they appreciated the airstrip being reopened”, says Richie. 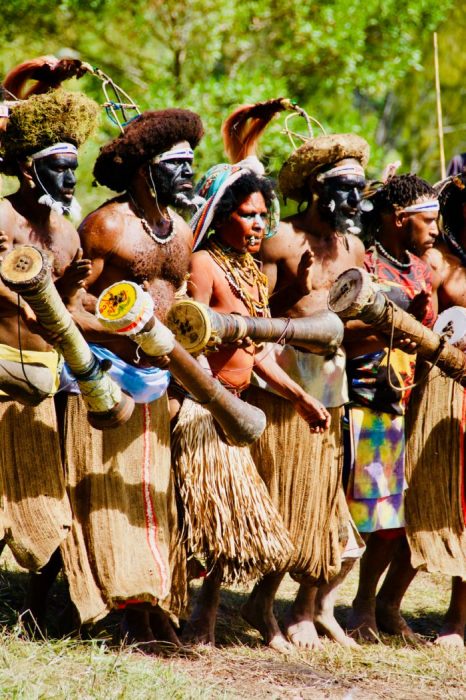 With the challenging short airstrip which limits the amount of people and cargo that can be flown in and out, the village was encouraged to work with RAA to try to extend the airstrip which could then open up more possibilities.

Richie greeted the people with a short speech.

“It’s a privilege to reopen the airstrip. We appreciate the effort you have put in to improve the airstrip to a level that we can operate again. But don’t look at MAF as your lifeline, see us as God’s servants to you. I hope our coming here will remind you that you are not forgotten, even though you don’t have access to “normal” services.” 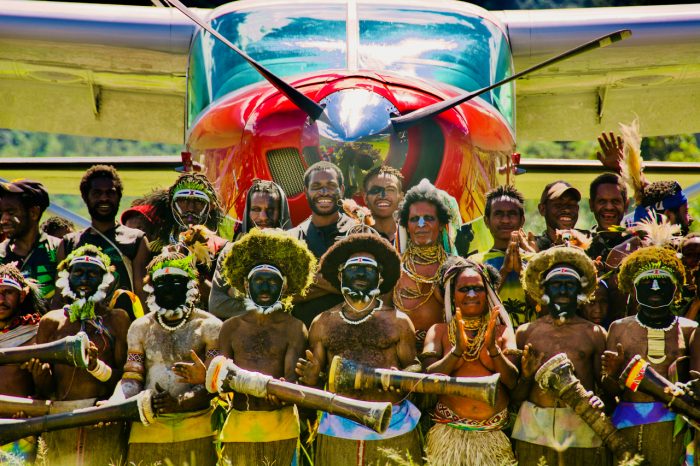