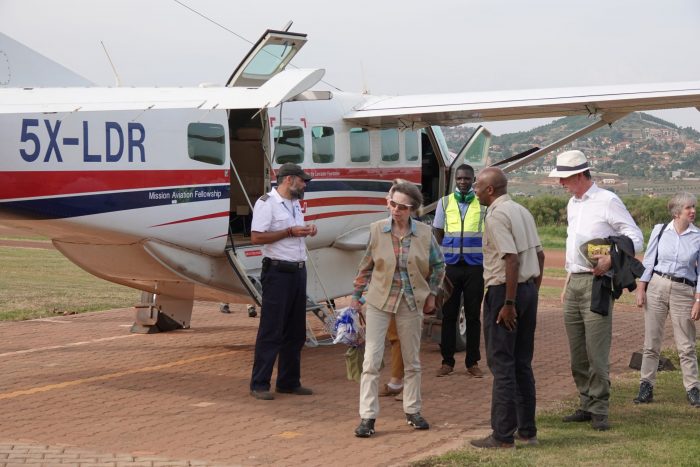 The Princess Royal has flown with Mission Aviation Fellowship on her visit to highlight projects to support refugees in Uganda.

On her first overseas tour since the death of her mother Queen Elizabeth II in September, the Princess took two MAF return flights from Kajjansi Airstrip, near Kampala, saving her several hours of travel on roads in poor condition.

Princess Anne was in Uganda to support charities she is patron of, but she also took a keen interest in MAF’s work serving the people of Uganda. 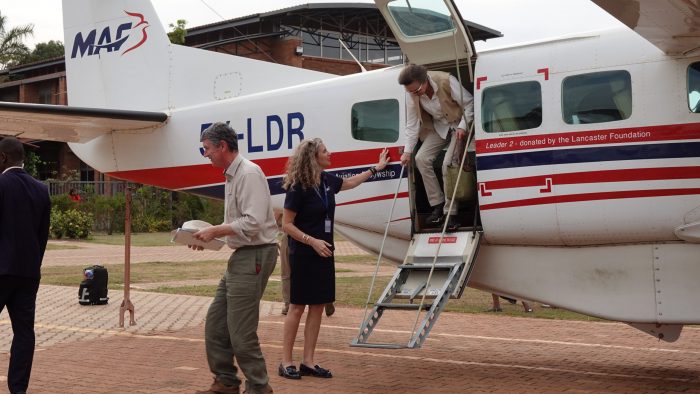 On Wednesday October 26, 2022, Opportunity International opened the first bank ever to operate at a refugee camp, which allows thousands of displaced persons in Nakivale refugee settlement to grow their finances through banking services and loan schemes.

The bank was flagged by the Princess in company with her husband Sir Timothy Laurence.

Princess Anne is patron to both Opportunity International and Save the Children Uganda that are involved in provision of financial services and supporting vulnerable children respectively.

“The Princess is excited about the work we are doing at Nakivale settlement. She’s elated that we are giving refugees a chance,” said Owen Amanya, CEO Opportunity Bank Uganda.

“She asked us to replicate the ideas we have in Nakivale to other refugee centres, and we already have a plan.”

Nakivale, the oldest refugee settlement in Africa is located in South-Western Uganda, about 200 kilometres from the capital Kampala.

Princess Anne and her entourage were flown to Mbarara airstrip, the nearest airstrip to Nakivale aboard a Mission Aviation Fellowship, 5X-LDR aircraft. Also on the flight was British High Commissioner to Uganda, Kate Airey and Cliff Hampton, the Chairman of Opportunity International. 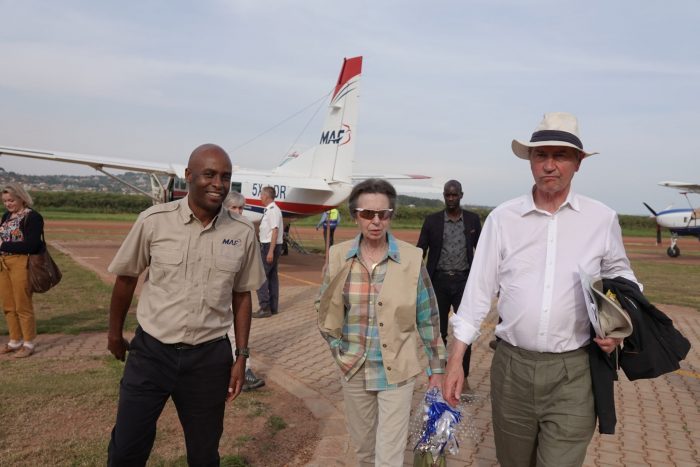