Operation Blessing’s Indonesian branch, Obor Berkat (OBI), sent two teams of doctors to Palu just days after the earthquake and tsunami devastated the city leaving homeless and injured residents setting up makeshift tented camps across the town. The doctor/nurse teams began holding clinics, moving from camp to camp, trying to provide basic care, but Mark McClendon, who was overseeing the operation, was struggling to get their cargo of medicine to Palu. 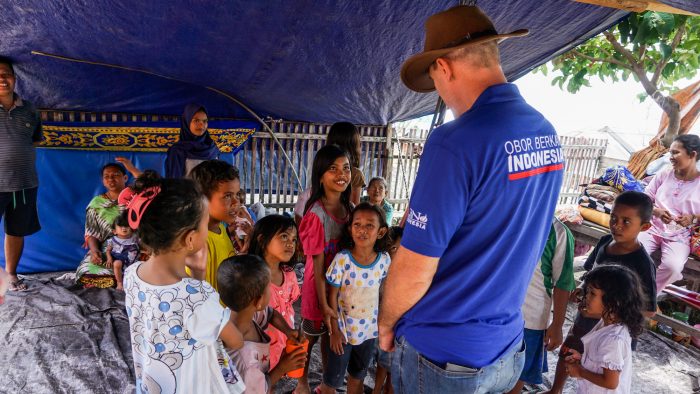 “Our big issue is the medicines,” Mark explained on Monday, 8 October, as he sat in the hangar in Palu where Yayasan MAF Indonesia is partnering with Helivida in this disaster response. “We’ve twice had interrupted supplied medicine. We have medicines for 1500 people that we put on a ship to Balikpapan, and the ship took a left-hand turn to Tarakan, then told us it would arrive on Tuesday.” Yayasan MAF Indonesia had placed one of its planes, a Kodiak, in Balikpapan to fly cargo and people to Palu just to the east across the water. “MAF sent medicines for 1500 people right now on the plane so that our medical teams can be resupplied today just in time. Tomorrow morning all of our teams will hit the ground with meds. We’re targeting a minimum of 10,000 patients the first month.” 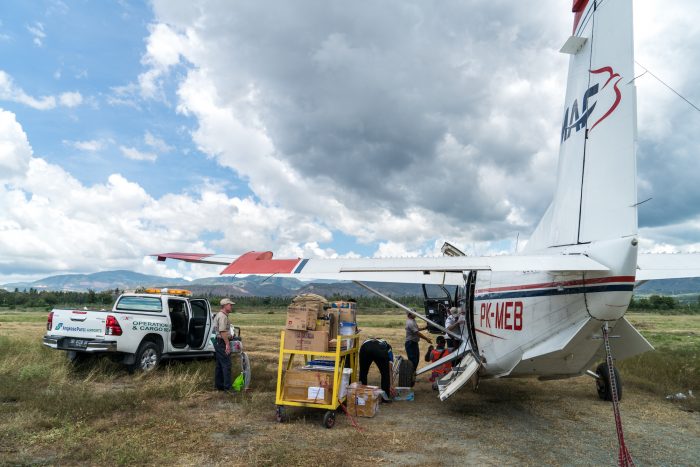 What they found the first week were patients primarily with injuries and broken bones from the tsunami and debris falling on them. Many flesh wounds had become infected from the dirty seawater or mud with no source of clean water. By the second week, the doctors were seeing fewer flesh wounds and more diarrhea from kids drinking polluted water. OBI included some basic chlorine tablets, mobile filtering units, and even solar powered lanterns to the families. 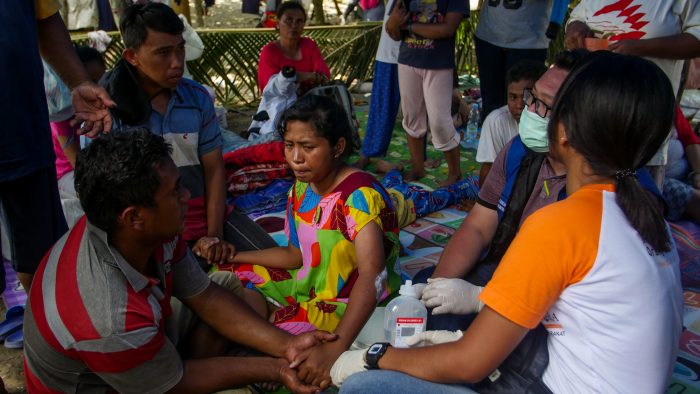 Mark McClendon heard many heartbreaking stories of terror firsthand. One of the first people the team treated on the third day was Nur from Petobo where the liquefaction turned the ground to a quicksand-like mud that swallowed people and homes.

“The ground opened up and she fell in and it closed around her and opened up again,” Mark describes. “People were actually stacked on top of her and that created like gaps so she could still breathe. It took several hours. Her mother actually thought she was gone. Then somebody who was pulled up said no there’s still somebody below me, so they went down farther and they dug her out. She had a baby in her arms the whole time. A piece of metal had gone through her arm. The little baby she was carrying didn’t survive. Just hearing her tell the story was so heartbreaking. What’s she going to do? She just sat dry-eyed, like someone who is grieving but in denial. They haven’t got there yet to really consider what their loss is. And so many people around them have lost everything.”

Following the arrival of the medicine in the MAF Kodiak, OBI began to send one team by helicopter into the mountain areas south of Palu, flying each morning on the Helivida helicopter and returning at end of day. 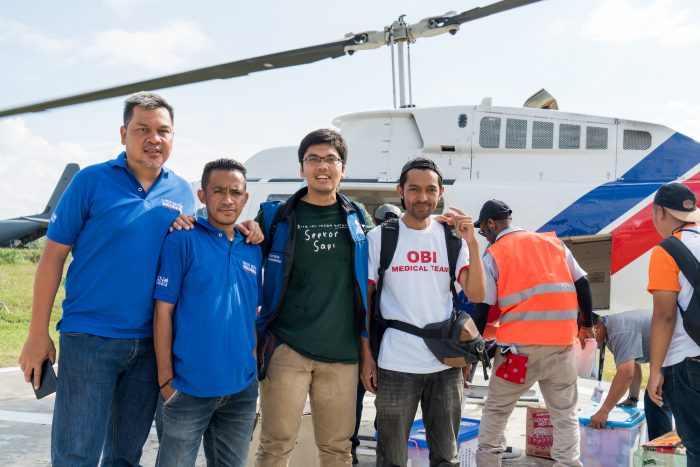 On one recent flight, helicopter pilot Matthias Geiger flew two doctors and a nurse plus a load of rice to a small village area in the mountains where no one had been up to this point after the earthquake. “I circled at least three to four times when I arrived to find a place where I could land. I finally found a hilltop that was the only possible place. There were a lot of cracks on that hill. We landed and were half-way unloaded when the people already showed up. They must have ran up the hill. The people were so happy to get help.” 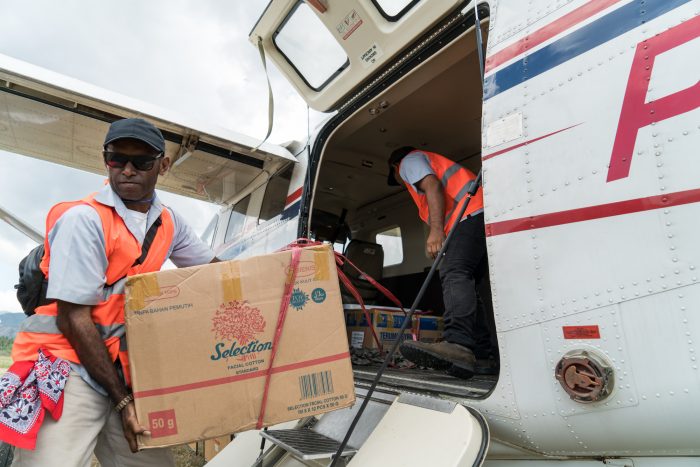 Dr. Jeffrey reported that the team saw 150 patients from two villages that day. “They were happy because they didn’t have any help yet or any food. We brought medical and 100 emergency lamps too.”

OBI plans to stay for approximately two months in Palu and the surrounding areas until the major medical needs of the people are met. Yayasan MAF Indonesia and Helivida will continue to provide flight services into these remote communities. 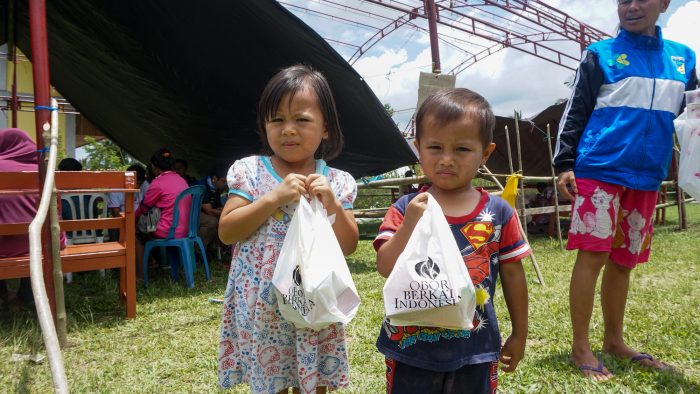