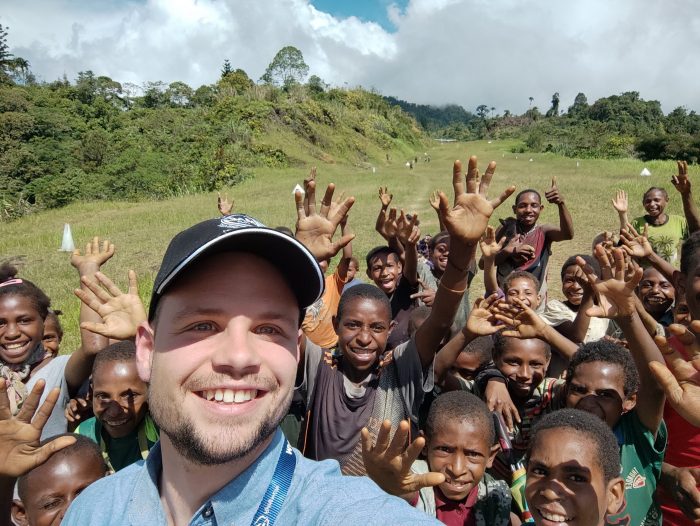 Mid-morning, MAF was radioed to pick up a patient with internal pain at Mount Tawa to be medevaced to the hospital in Mt. Hagen.

Although he had a different program for the day doing training flights with another pilot, MAF Pilot Mathias Glass was assigned the medevac flight.  Because of this change of plans, it was unnecessary for the trainee pilot to accompany Mathias. So, he asked me instead if I wanted to come along to observe MAF in action. Of course I said ”YES!” 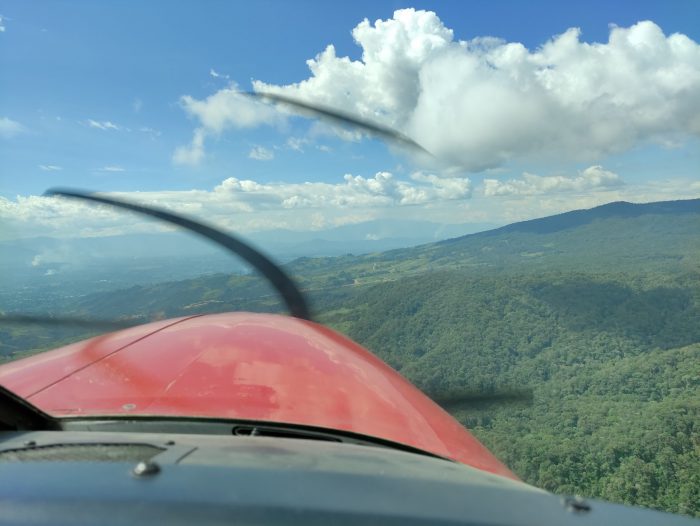 About half an hour later, we were in the air and flew over the seemingly endless  land of Papua New Guinea (PNG). Such a beautiful landscape!

From the air, I realised how difficult it must be to access most parts of PNG. In some areas I couldn’t see any roads at all, especially in the highlands. Every time I have a chance to fly over these areas, I ask myself, ’how can people live in these remote villages?’ 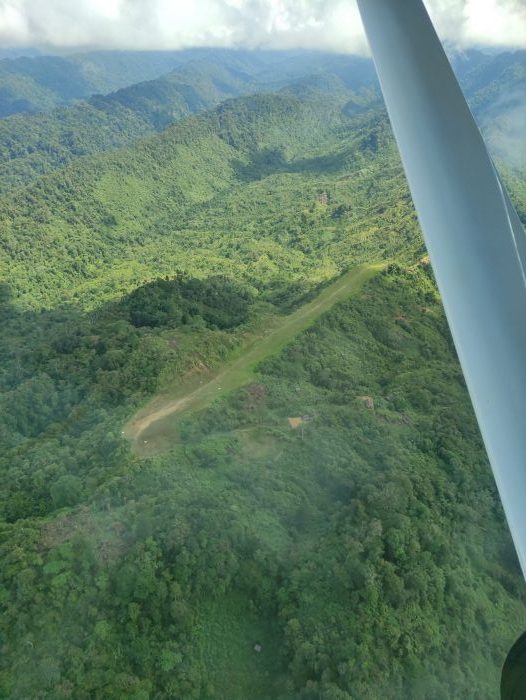 MAF classifies all airstrips into categories according to their difficulty to land and take off. Class ”A” airstrips are long asphalt or grass runways that can often be approached from both sides depending on the wind.

Class ”D” define the short, steep, one-way airstrips. At a certain point in the approach, the landing cannot be aborted, the pilot is committed to land. Otherwise, the aircraft would not gain enough speed or power to climb high enough to avoid the hill in front of it. In the same direction a ”D” airstrip  is approached, the plane needs to take off again.

Mathias, who has been flying in PNG since 15 years, masters the landing at Mount Tawa, which is a category ”D” airstrip, without any problems.

On the Ground at Mount Tawa 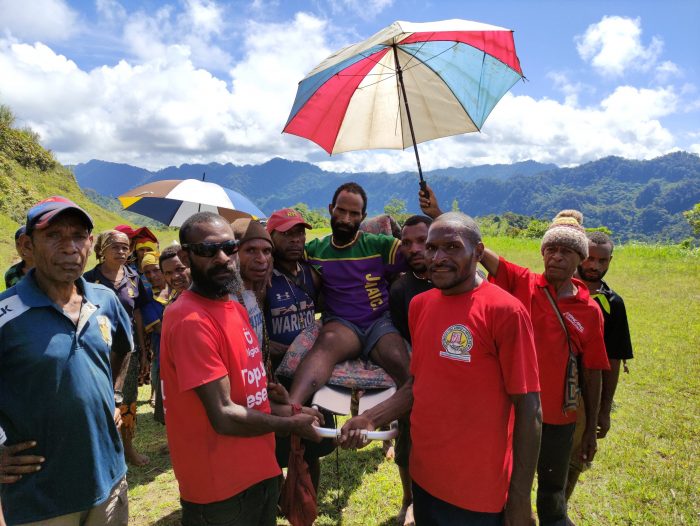 When a MAF aircraft lands at a remote location, it seems like the whole village gathers at the airstrip. As soon as the propeller stops, the aircraft is surrounded by people.

We unloaded the stretcher so that the patient could be carried from the village to the MAF plane. 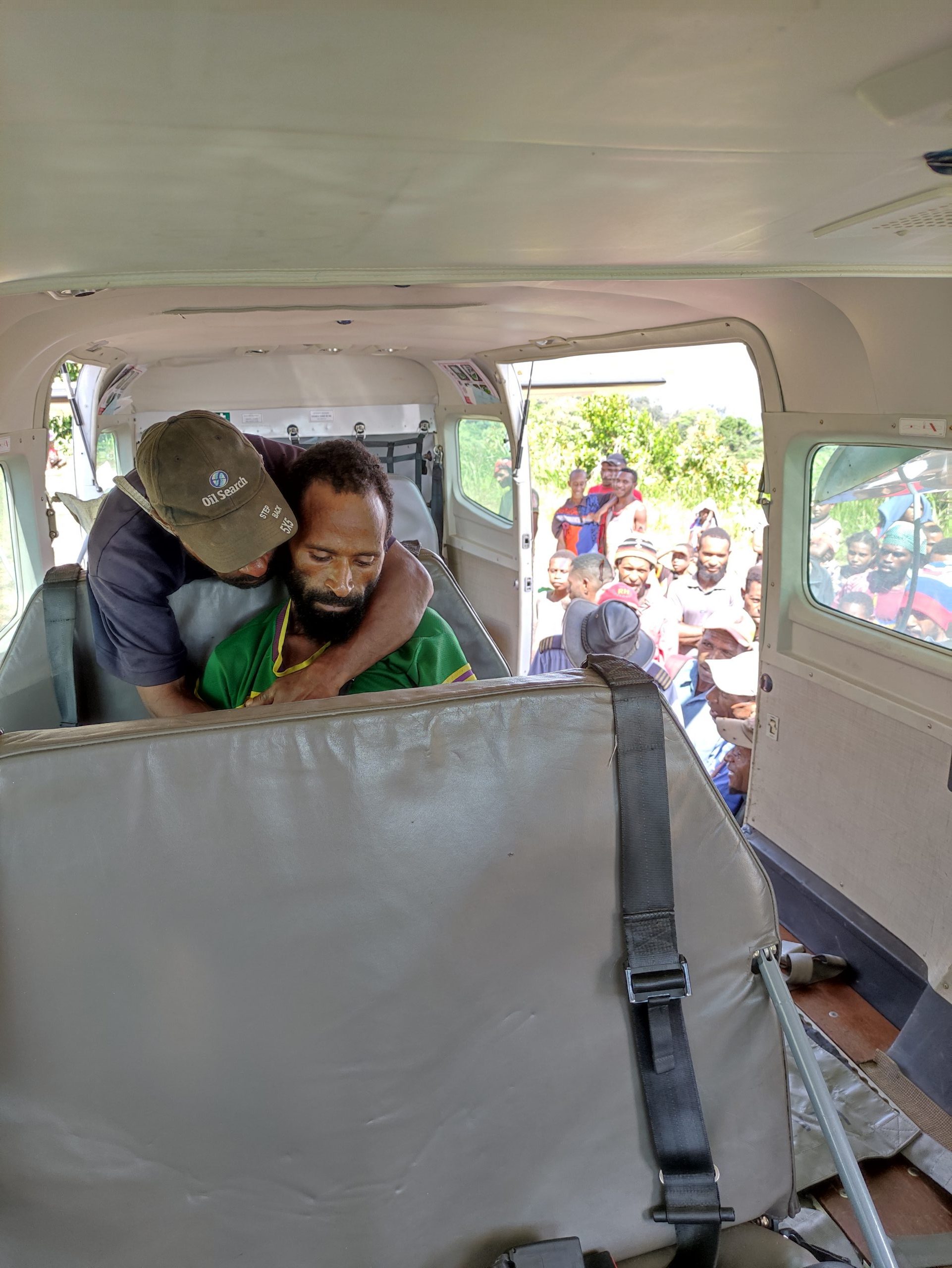 The patient was lifted into the aircraft with a combined effort. Mathias registered the name and weight of the patient and his companions. Then, the money for the flight was collected and the luggage got weighed and stowed away.

It is important to have the weight correctly calculated and well distributed in the airplane so the centre of gravity of the airplane is close to the middle. Another reason is to make sure the plane is not overloaded on these remote bumpy runways.

After everyone had boarded, Mathias did the passenger safety briefing, said a prayer, and did a final walk around the aircraft before he buckled himself into the cockpit. 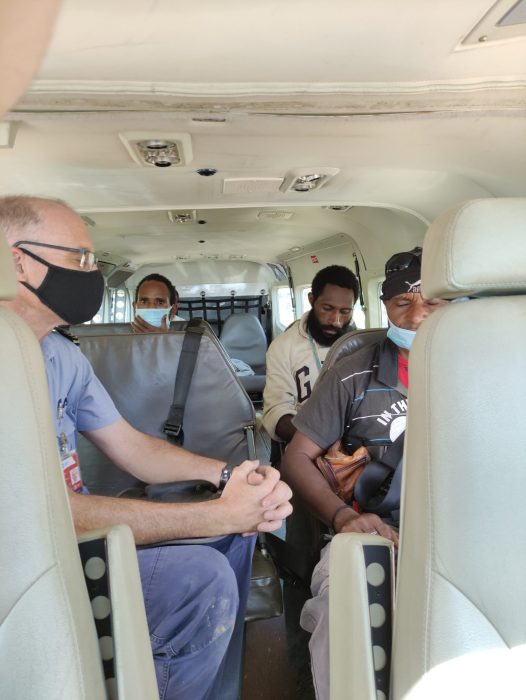 Back to Mt Hagen

He then did all the required pre-take off checks, and eventually started the engine so the propeller starts humming. Next, he pushed the thrust lever all the way forward, released the breaks and the plane started to move downhill. It bumped and shook as it gained speed. Then, we took off – and flew over many ridges back to Mount Hagen where the patient had access to the professional medical help he needed. 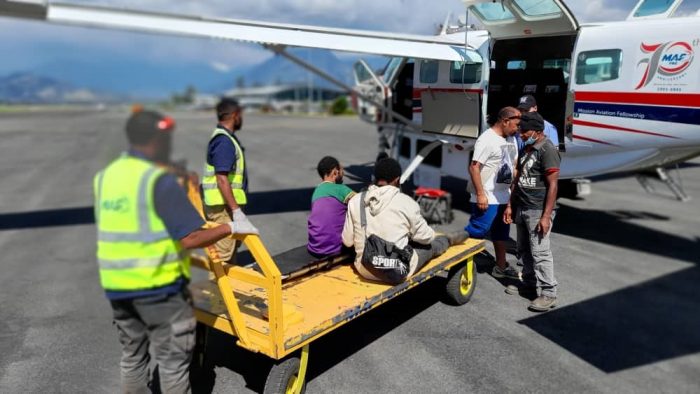