MAF’s First Flight in Guinea as New Program is Launched

First passengers have been praying for an air service in the country for over ten years. 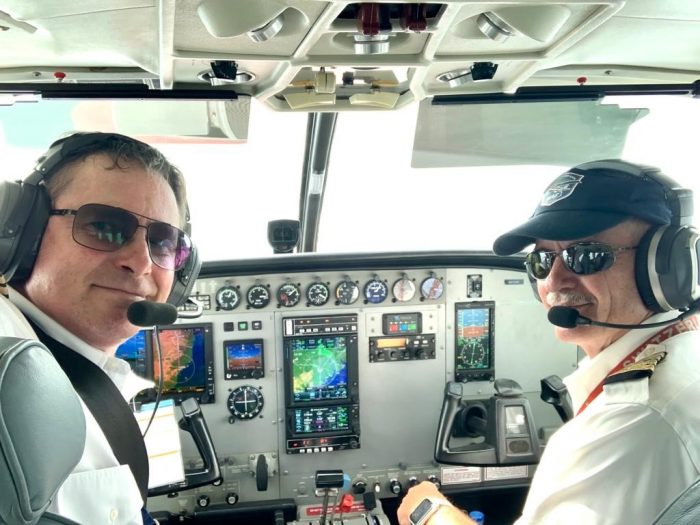 On Saturday 23 April 2022, MAF conducted its premier operational flight in Guinea, West Africa, following many months of hard work to launch an air service in the country. Pilot Roy Rissanen transported his first passengers – missionaries based in the south-east – to the capital Conakry for their quarterly team meeting. 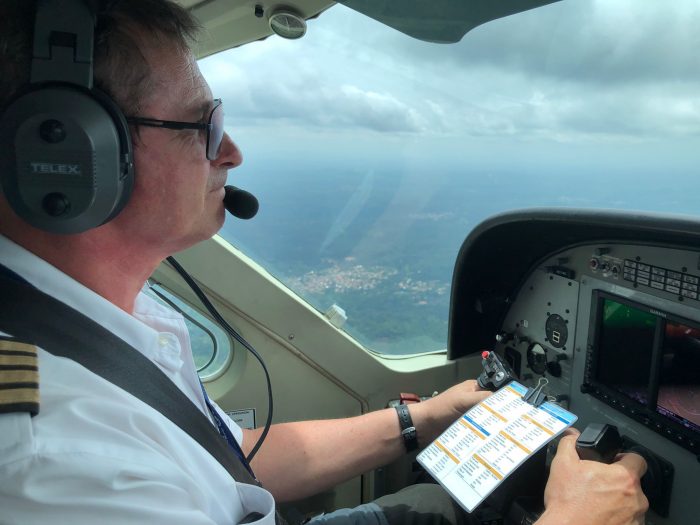 The young American family – who wish to remain anonymous for security reasons – work for a development organisation delivering agriculture projects whilst partnering with a Bible translation project. They saved two days of gruelling road travel by flying with MAF. The family will also be able to transport essential supplies and agricultural equipment on board MAF’s Cessna 208 such as vegetables, buckets, pipes, and solar panels for their farming project. 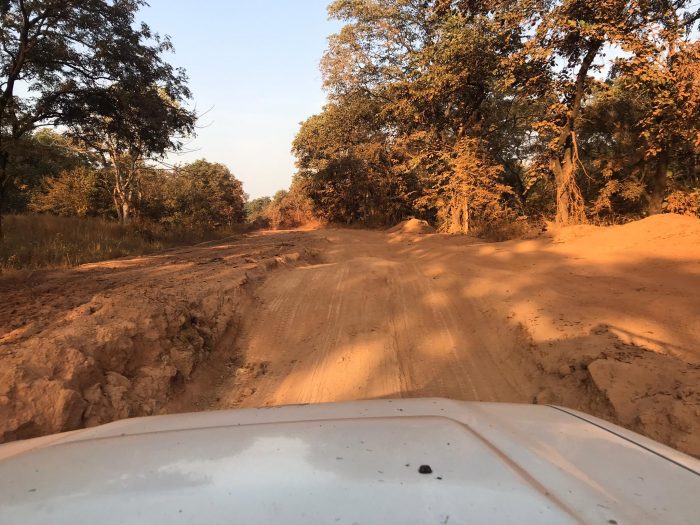 They said: “We have been praying for transportation since we got here over a decade ago. There are no domestic aircraft in Guinea, so we have to drive. We drive and cry! It is dehumanising and demoralising. Driving at night is very dangerous and the potholes on the main roads can be eight feet wide and a foot deep. There’s mountain passes that are narrow and dangerous. We never take a trip where we don’t see an overturned semi-truck somewhere along the way.” 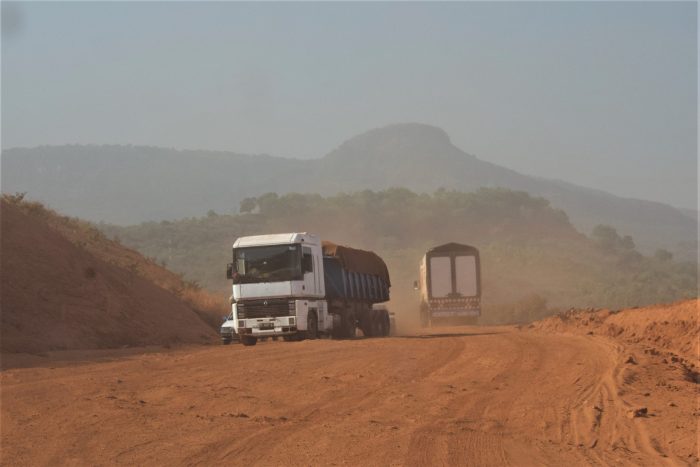 The couple explained that for their bi-annual team meeting in the capital, they endure a 23-hour drive with an overnight stay each way, with a total cost of up to 1,000 USD. For guests to visit from America, it would take over a week to get to and from their rural village – which was almost unfeasible. With MAF in operation, they may be able to see family and friends more regularly, attract more teammates to the area and have a way out in the event of an emergency. 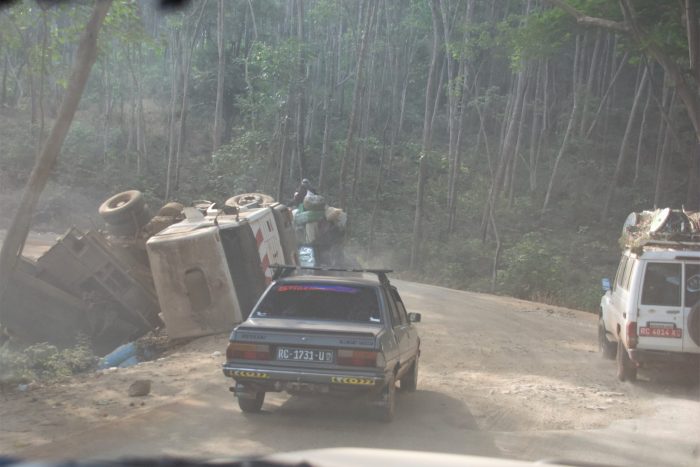 Speaking about their work and reason for living so remotely in Guinea, the couple explained: “The farm we run in the south is a way for locals to see new ways of doing things. Cashews are going to be our cash crop that people will grow and sell for income. But we’re realising that’s mostly going to affect men and isn’t necessarily going to impact the women and children and bring change like we want. So, we’re also going to do a nutrition focus, we’ve imported tropical fruit trees that aren’t currently here, and we will be encouraging people to plant them so that they can eat the fruit. That’s going to affect the women and then directly the families.”

Alongside the farm, the couple are involved in pioneering bible translation, translating the scriptures into a local dialect for an unreached people group numbering around 300,000. They aim to produce scriptures both in roman and Arabic script, as well as eventually audio recordings where literacy rates are so low – though this whole process can take 25 years or more.

“For the scripture use and the scripture engagement side of things, that’s where we really see the farm coming into play. It will give us a network of farmers that we can naturally distribute Scripture with as it becomes available, and it’s meeting a felt need that people have.”

And in Guinea, the needs are certainly great. Most people in the local area barely make enough to eat, and many people suffer catastrophic events – like villages being burned through bush fires and they lose all their crops and possessions. For remote communities, there is a lack of access to education and jobs with most people just making money any way they can – out here it is about survival.

Improved transport links can help in these locations, providing access to healthcare, education, development and hope. 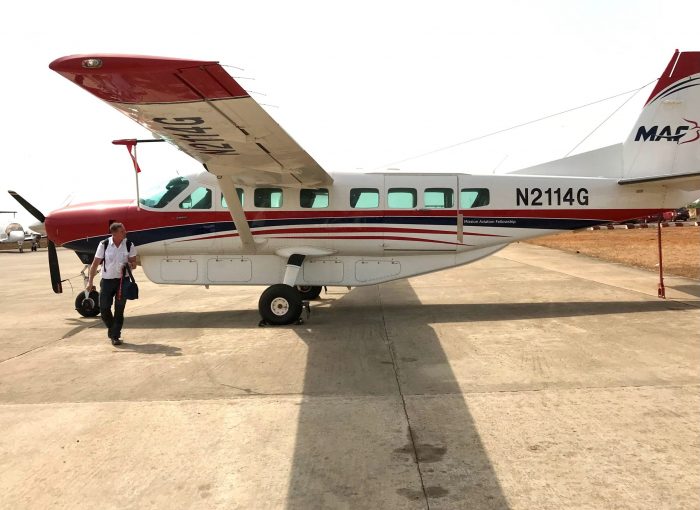 Aside from the UN, MAF is the only non-governmental air operator in Guinea and has already received a number of requests to help transport church and mission groups, NGOs and relief services to isolated parts of the country. Research showed that a MAF flight will save up to a week of overland travel in Guinea, as well as reducing the cost and carbon footprint for aid workers who rely on heavily polluting diesel jeeps to traverse almost impassable roads.

The aircraft – MAF’s first to be registered by Guinea’s Civil Aviation Authority – is a Cessna 208 Caravan [registered N2114G], which joined MAF’s fleet in 2000 and was first piloted by Roy in Mongolia. The aircraft has flown roughly 8,000 hours to date – many of them flown by Roy himself – and has recently received an overhauled engine and intensive maintenance at MAF bases in the Netherlands and Uganda in preparation for service in Guinea.

With permissions finally granted after delays caused by the pandemic, Roy and co-pilot and MAF Guinea Country Director Emil Kundig began a five-day ferry flight to transport N2114G from Uganda to Conakry, arriving in Guinea on 31 January 2022.

With final permissions to fly passengers on 23 April, MAF International CEO Dave Fyock said: “I am grateful for all the hard work, by many different people that has enabled us to reach this day of celebration – our first operational flight in Guinea.” 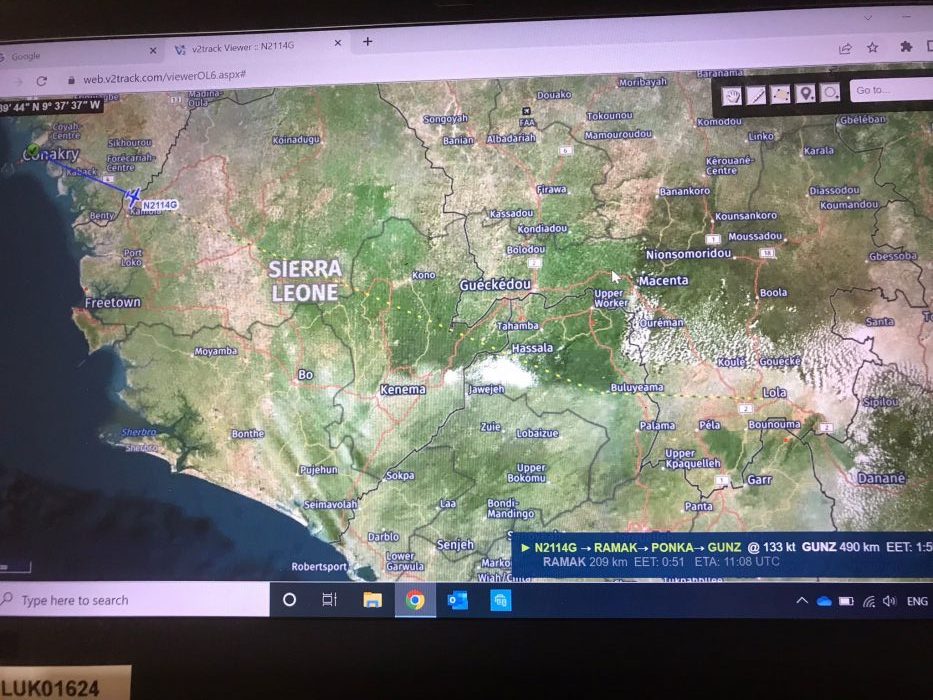 Roy concluded: “The aircraft we now have in Guinea is of special importance to me. I saw it for the first time in Kansas in 1999, when it had just rolled off the production line. After 20 years in Mongolia, I flew N2114G on a five-day ferry flight back from Ulaanbaatar to the Netherlands over winter conditions in Siberia. I feel privileged to be flying the same faithful aircraft again. It will continue to serve in a new part of the world with a new engine, new paint and a new tail number. We will use it to bring help, hope and healing in many ways; transporting passengers, supplies and medical patients needing urgent care – continuing to serve those who are in need in Guinea.” 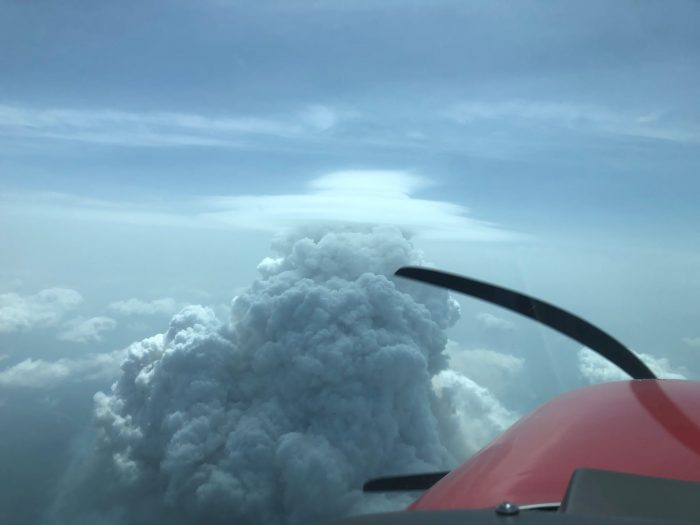