On the 25th of September Ron Watts, Former MAF Pilot and MAF Staff Member Kylie McGillivray, had the privilege of delivering Minnie Mouse (MAF’s cut off plane) to the quadrangle at Toongabbie Christian College.  It was wonderful to see the excitement on the faces of the primary students as they saw Minnie Mouse for the very first time.  Minnie Mouse was invited to come and mark the final day of the MAF Toongabbie Christian College Fundraiser.  Each student had the privilege of hearing this former MAF pilot speak about the amazing work of MAF, hear some of his favourite stories and complete an obstacle course. 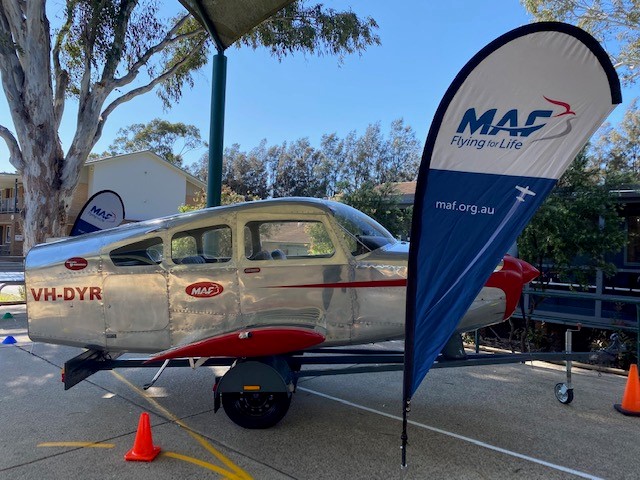 We at MAF have been so amazed of the work undertaken by the teachers, students and families to make the fundraiser so successful.  In the lead up to the completion of the fundraiser, this diligent community was working hard behind the scenes.  Each and every class had been in weekly prayer for MAF staff who serve in our programs all over the world.  Students actively learned about the work of MAF during class and at chapel and by the time Ron came to speak on the 25th they were full of insightful questions for Ron to answer. 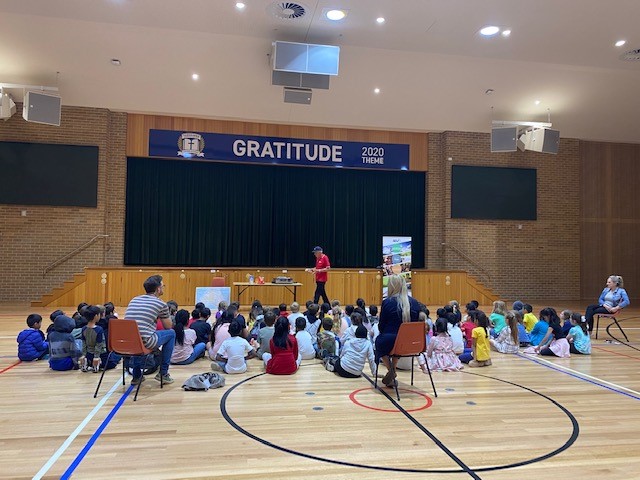 During the day each student had the opportunity to sit inside of Minnie Mouse, have their photo taken and pretend to take off and land.  The students behaviour was exemplary, and it was an honour to work with such courteous children.  It is not every day you can tell your mum or dad, “I went in a plane today”.  Here is some feedback from a parent, “what a great day the fundraising day turned out to be.  My daughter talked so much about it and has been making lots of paper planes at home”. 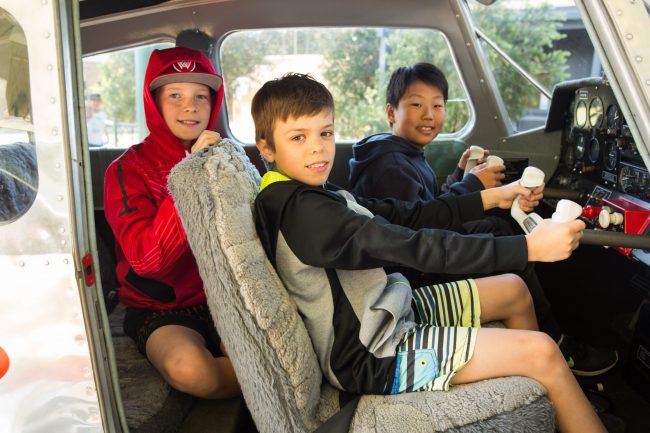 One of the most touching aspects for us back at the MAF Australia office was receiving handwritten letters and pictures done by the students.  These letters were written by the students to be passed onto MAF staff out on the field.  I have to say not only were we encouraged by their heartfelt prayers and support but our missionary’s out on the field, were touched and encouraged beyond belief!  A big thank you to all the students for taking the time to be part of supporting the MAF community at home and overseas in such a meaningful way. 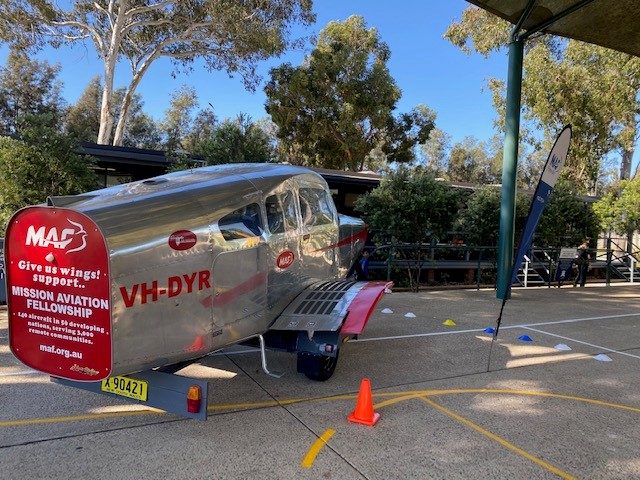 Finally, a huge shout out to all who got so passionate about the work of MAF that they generously donated!  We at MAF are gobsmacked by what you were able to achieve as a community by raising just under $10,000 for the work of MAF.  Just imagine how many lives can be touched by this lavish amount.

If you would like to know more about the MAF Schools Program go to maf.org.au/schools/ 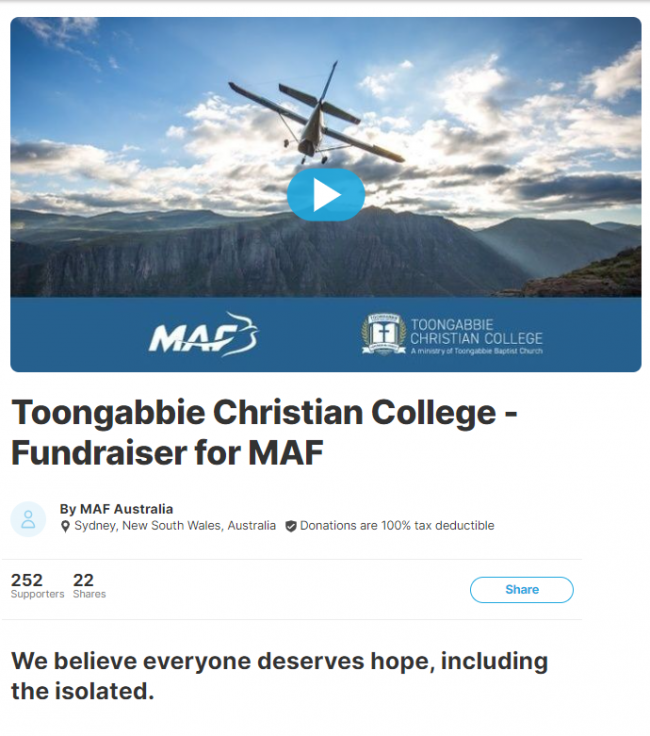