Looking back over 75 Years of MAF: A Mother’s Day to Remember

One Sunday morning in May, six women set off from Kawito station, Papua New Guinea on an adventure set by God.  There was laughter in the air and a sense of freedom and celebration as these women zoomed off down the river. Maybe it was the anticipation of a break from the kids and a change of scenery or maybe it was the excitement of what lay ahead. 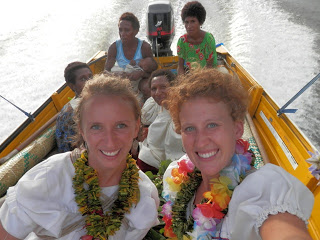 Their destination was Aba and the aim was for Mif Little and Nikolai Ballin (the wives of the Kawito base pilots) to preach on the topic of fear at a local women’s convention. As they travelled along the river, Mif said to Nikolai “Oh, I’m so glad it is a nice day. I don’t like it when it is windy and wavy!”  Nikolai grinned at her and replied, “Is that your fear talking?”  Mif looked at her and laughed. It was a healthy reminder of how often in day-to-day life we are confronted by fears and have to decide how to deal with them. In this case, laughter was a good remedy!  One hour into their journey, as they approached the Balimo turn-off, Nikolai and Mif turned around and asked the other 4 local women accompanying them ‘Ok, so how do we get to Aba from here?‘  All 4 women shook their heads, as if to say “we don’t know”.  “What?” Mif and Nikolai cried, “You don’t know the way?” And again the same shaking of their heads.  Everyone collapsed in laughter.  They had left their guide at home because they had thought that these women would know where Aba was.  But in retrospect realised that they don’t know where everything is in Melbourne or Seattle, so why should these women know the way to all the villages here – they hadn’t asked, just assumed. 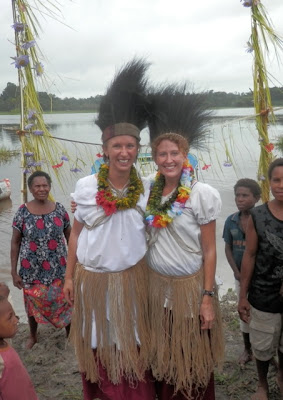 Limping along, asking several people in canoes along the way for directions, they continued their navigation towards Aba. With Nikolai in the crow’s nest to watch out for fishing nets (aka, standing up on her seat to look for Coke bottle buoys) and Mif driving at full throttle, they came out of the creek they had been following into a large lagoon. The directions were to follow it around to the right, and as they did so, they saw a large group of people on the shore awaiting them. They were joyfully greeted by this large group of women with singing and dancing.  Nikolai and Mif had to disembark the boat by means of a narrow plank being supported solely by young women, whose arms buckled and bounced up again with each step.  They were then decorated in the traditional dress of this particular tribes’ ancestors: grass skirt, not-much on top and a cassowary feather head-dress (Note to readers: these dress-ups were put on over the top of their regular clothes!). As they walked up the palmed pathway to the outdoor worship centre, it was an opportunity to chat with the local ladies and renew acquaintances which had been made on a previous occasion.

As they approached the temporary shelter setup for the convention, nearly 200 women were already gathered, singing together. The 6 visitors from Kawito tried to slip unnoticed onto their designated mat at the front.  They watched and enjoyed various worship items presented by the ladies as they told stories through song and dance and sang praise to our Heavenly Father. Then it was time for Mif to stand and share why Christians ‘Do not fear death’. In a culture where every death falls under the suspicion of revenge, witchcraft or sorcery, it is not commonly understood that, “Everything that happens in this world happens at the time God chooses. God sets the time for birth and the time for death.” Ecclesiastes 3:1-2 Rather, it is the norm for even strong Christians to hold onto these traditional beliefs. It was encouraging to see Christians united at this conference dedicated to confronting these fears with the truth of God’s word. After the service they enjoyed meeting the ladies and answering their questions. Next they were taken to the church building, put in the middle of a circle of ladies and ate lunch together.  Nikolai and Mif were so thankful that their friends from Kawito were there to share stories together and amid much laughter they finished their lunch in time for the next session. 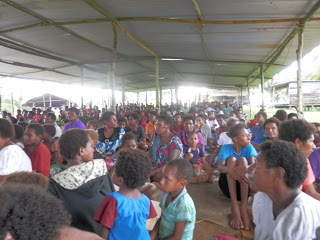 At the conclusion of an hour filled with joyful praise and worship, it was Nikolai’s turn to stand and share why Christians “Do not fear spirits of the dead.” This was a heavy issue to tackle as the spirit world is not seen as a distant, shadowy place – but a real part of everyday life that people here come into contact with regularly. It was encouraging to see the women nodding in agreement when recognising the fact that fear is a weapon of the enemy against us and God has given us the power, armour and authority in Christ Jesus (Ephesians 6:10-18) to fight back against fear and other deceptions of Satan.

After an uneventful trip home, they both agreed that it was definitely a Mother’s Day to remember.