Kargi is one of the many areas in northern Kenya with only a vaguely defined airstrip. Without MAF, a trip to Nairobi would take almost 9 hours to drive in a car and 11 hours on Kargi’s few motorbikes. However, for most, the only option would be a 5-day trip on foot. Now, with MAF, it takes little more than 2 hours.

Photos and text by Audrey Brown

Every child dreams of their future and every child deserves to have all the support they need to achieve their potential. For many, this dream starts with education. The children of northern Kenya are no different. However, Kargi’s current literacy rate is very low, which is one reason why Missions of Hope International (MOHI) set up a primary school two years ago. MOHI works to transform lives through the hope of Christ in disadvantaged communities throughout Kenya. 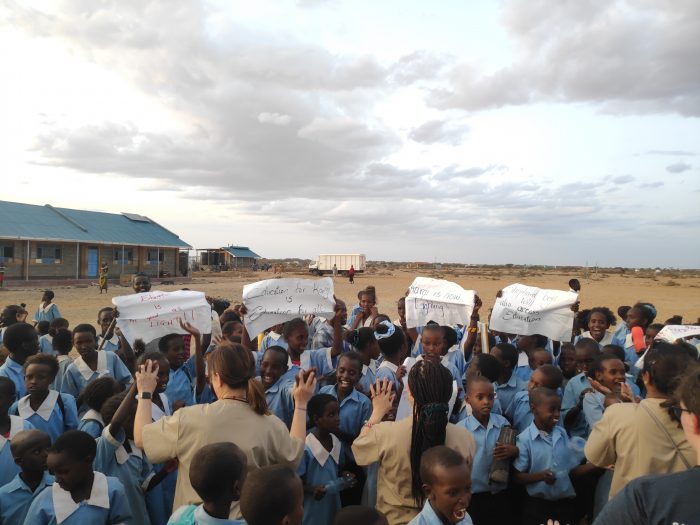 Eastside Christian Church and their aims

In some parts of Kenya, it is the duty of the son to tend to the scrawny cattle that have little more than dull, dusty debris to feed on. Despite the herds providing barely enough for the families alone, wealth is determined by the number of cattle one has. It is therefore vital that boys take good care of the herds, more vital to many families than an education. MOHI is working to communicate the value of a quality, Christian education to the families living in Kargi. MAF flew members of Eastside Christian Church, America, to install solar panels so those who cannot learn during the day can learn at night. 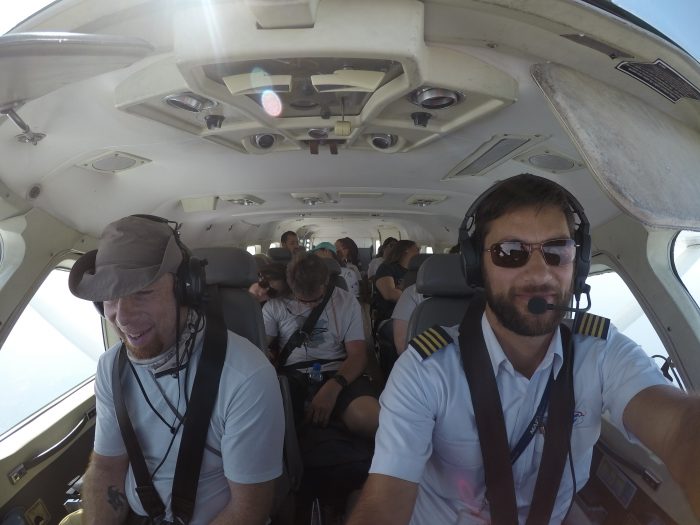 But electricity installation isn’t their only aim. “None of the children in Kargi have medical records,” health expert Naomi from Eastside explains. “As a result, as simple as it may seem, the main aim of Eastside Christian Church is to take essential measurements such as blood pressure, weight, height and also test for common diseases in the area like malaria.” Without proper medication and education even minor health problems may end up fatal, increasing the death rate of the area. A common problem in northern Kenya is a high level of infant mortality so Naomi, the Eastside team, and MOHI staff hope to educate households in family planning along with assisting in the birth and providing post-natal care to local families. 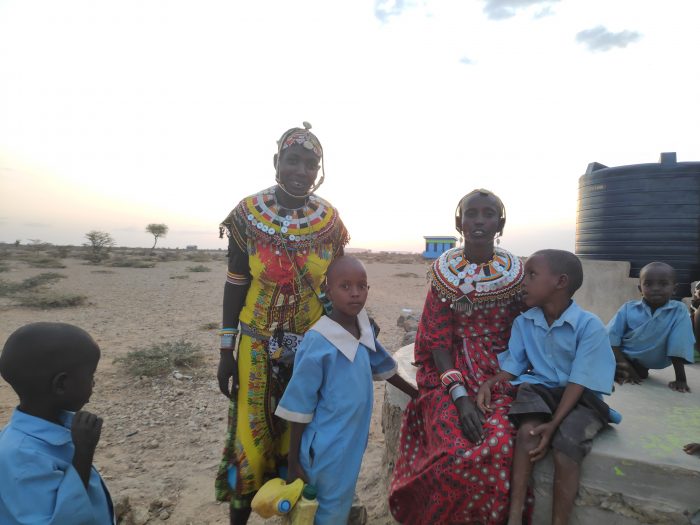 Having already visited disadvantaged communities in Nairobi over the previous four days, Eastside members had never truly comprehended the poverty faced by a portion of Kenya’s population. Poverty can create a dark place. However, amidst the darkness, there was a small but persistent glimmer of joy. “It’s not about how much they have. It’s about Jesus, the light in the darkness” Naomi said. Having attended a daily devotion at the MAF Kenya offices (that particular devotion on being courageous), Eastside members arrived in Kargi with confidence, assured by the verse imprinted on the wall of MAF’s reception: “Jesus said, ‘I tell you the truth, whatever you did for one of the least of these brothers of mine, you did it for me.’” – Matthew 25:40. 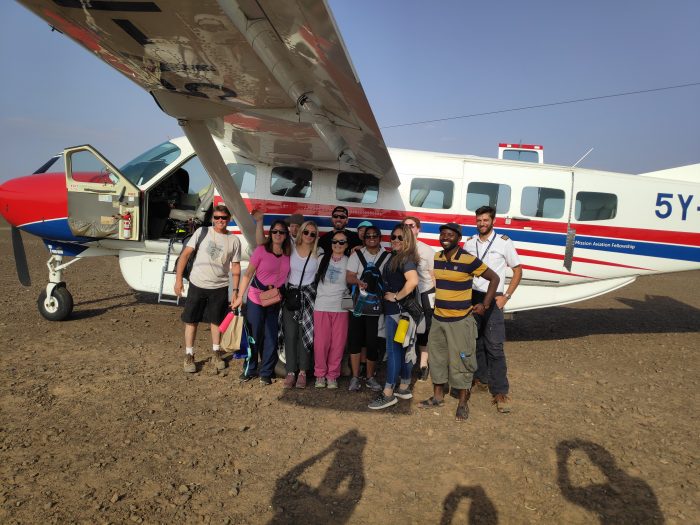 An ocean of blue uniforms swarmed the school field as we prepared to land on the grainy grey ground zigzagged with sandy paths. The only greenery to be seen was a few, diminutive bushes speckled with thorns. Scattered around the area were houses, most wooden structures clothed in waste plastic material. Yet despite the suffocating, humid air, by the time we’d touched-down, a group of women were running to greet us with cries of joy and excitement and from then on in, nothing but smiles – as vibrant as the traditional clothing of the local Rendille tribe – surrounded us. Ushered to the school, we were entertained by a performance that we were told the children had been preparing for all Saturday and even Sunday. It was the first MAF flight for many of Eastside as well as myself and we were all touched by the card claiming “you make my dreams come true” as we realised just how much of an impact MOHI and its partners were making in the community.

MAF can stand proud in the knowledge that they helped MOHI and Eastside bring hope to the lives of the children who will study using solar in the inky expanse of the night; hope will also have been provided in the clinic as lives are transformed by administering a simple prescription; and hope will have been ignited in the souls of families as they turn to Jesus.