Radio: a constant and reliable communication channel. Reaching across high mountains and treacherous landscapes, radio communication has been used as a tool to penetrate some of the most remote areas. Throughout recent history, many have found it to be a necessity in war, hiking and explorations, and relief/aid situations.

In Papua New Guinea (PNG), known for its isolating geography, Technology Services PNG (locally known as Christian Radio Missionary Fellowship) has been providing consistent radio communications for over 60 years. The first-of-its-kind tropical weatherproof two-way radio transceiver created by one of Technology Services’ founders became well used by early missionaries—often their only connection to the outside world. Many stories exist of jungle missionaries faced with life-threatening situations who were able to receive help in time thanks to a radio supplied by Technology Services PNG. During that time, the ministry also provided services such as an over-the-air radio school for missionary children living in remote areas, consisting of a two-way radio connection that enabled the teacher to read aloud the lesson on the radio and the children to answer back.

As the years went by, Technology Services PNG has expanded, and its services have changed slightly. While no longer providing radio schooling, its network now not only connects remote missionaries, but also health clinics, hospitals, aviation services, and remote village airstrips to a central control station which Tech Services monitors 24/7. 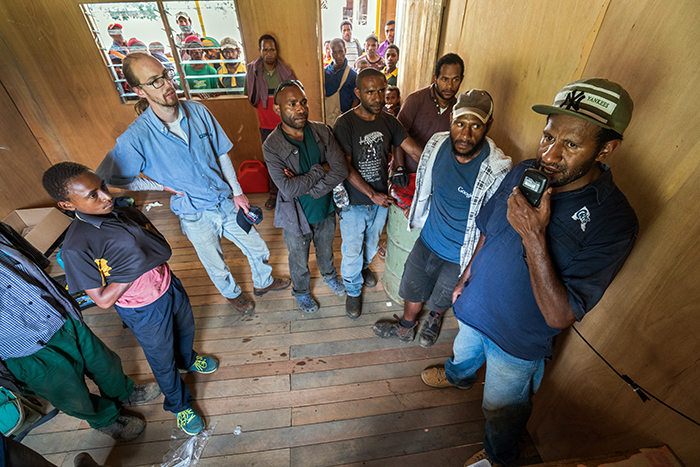 “What would Syd, Bob, and Claude (the original founders of Christian Radio Missionary Fellowship) say, now that their vision has turned into arguably the largest radio network of its kind in the world?” -from “Life Line,” a biography of Technology Services PNG’s early years by Jenni Howell.

This network, and the radios Technology Services PNG has installed across PNG, are often aptly referred to as a lifeline, with over 50 medically-related calls having been received in January 2019, alone. 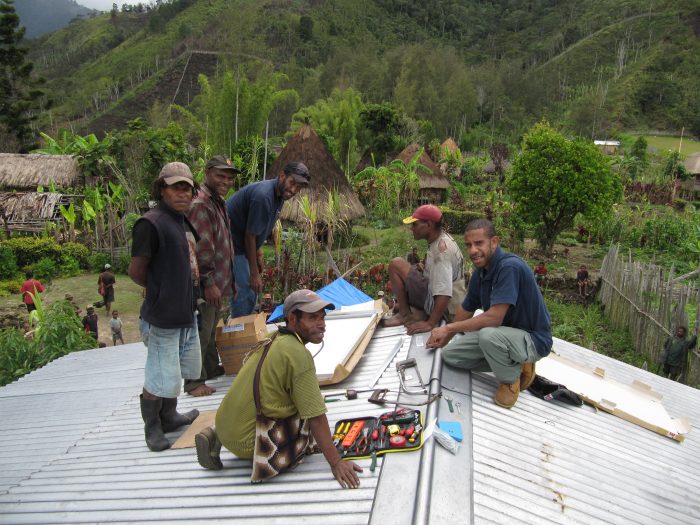 After installing a radio, one of our technicians explained:

“The communities are remote, with no government infrastructures or services, and apart from the newly setup airstrip, the only link they have to government services/infrastructure is by bush tracks through thick jungles, over mountains valleys and big rivers, which take days to reach the main highway, district airstrip or waterfront where they can get on a water taxi [small boat/dinghy] to town or Hospital.”  – Gollinson Wena.

Fogomaiyu, Southern Highlands Province, the site of a recent radio installation, is one such community. While attempting to fly in Michael Wakefield (Technology Services PNG’s General Manager) to install the radio, a Mission Aviation Fellowship pilot was faced with a huge bank of cloud, making landing in Fogomaiyu impossible. Later the MAF pilot explained how much that wasted flight had cost. If a radio has been present at the airstrip to provide weather updates, funding and time could have been saved. Thankfully, Michael was able to land the next day and install the radio. 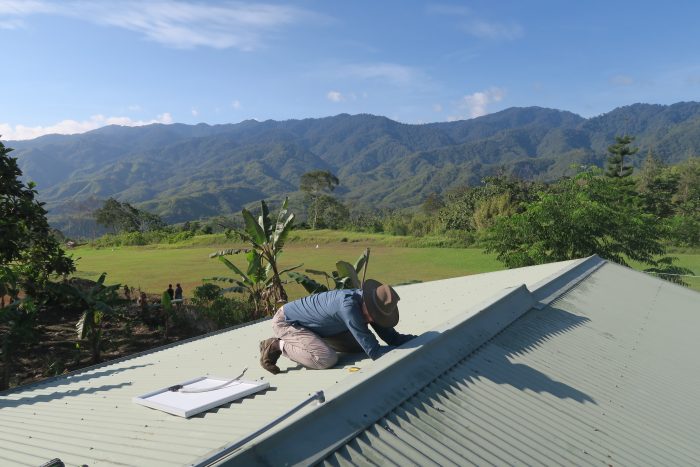 Since then, Fogomaiyu’s radio has been far from silent. Tech Services PNG has helped organize two medevacs out of that area, saving both a mother and a young boy’s lives. Without the radio, these two people would have faced days of hiking to reach the nearest health clinic or means of communication. Confronted with urgent blood loss and the stress of such a potential journey, probably neither would be alive today. It’s hard to think about the lives that could be saved in places like Fogomaiyu, if only they had access to a radio. 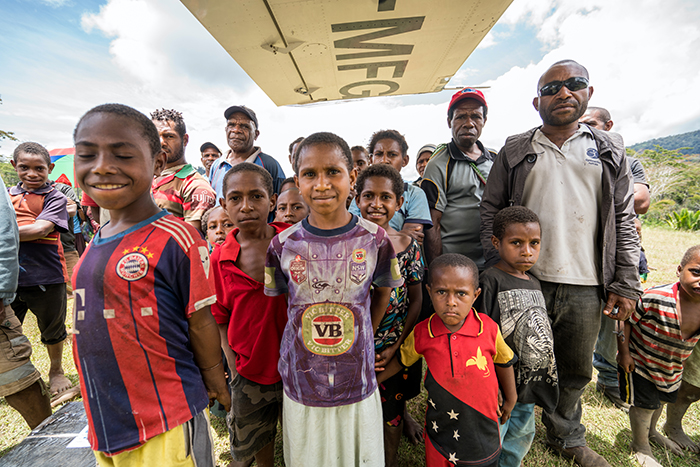 There hardly hasn’t been a time when Technology Services PNG installed a radio and the community didn’t hold some sort of celebration or ceremony thanking us for their new, prized possession. Their large smiles and excitement speak volumes, because they know this radio could be the means to saving their lives one day. Recently CRMF received a handwritten note from a remote area in the Sepik region of PNG:

“We the people, the church elders, Christians, and government workers of Edwaki on Yellow River would like to say thank you to CRMF for coming and installing a radio in our place. We are very touched with your kind generosity and we pray and hope that God our heavenly Father will keep on blessing your organization to reach the needy. We are thankful that the radio will now help with relaying medevac massages, MAF Weather Reports, sending pray points, and also will help us send messages quickly. We thank you and may God bless you CRMF.” 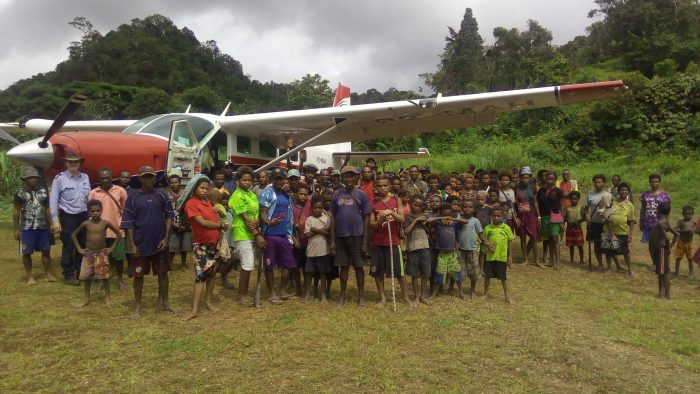 In a world of changing technology, this radio network, established in early 1950’s, hasn’t gone out of style. The need is still present: as long as there continues to be remote communities isolated by terrain, radios will remain in use. 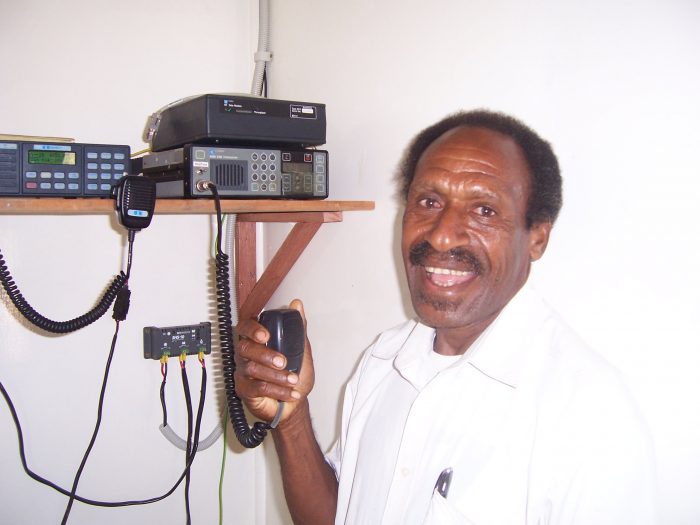 So, Happy World Radio Day! At Technology Services PNG we are excited to shine the light on how important radio communication is. Constant, reliable communication still matters. It’s money saving, time saving, and most importantly, lifesaving. 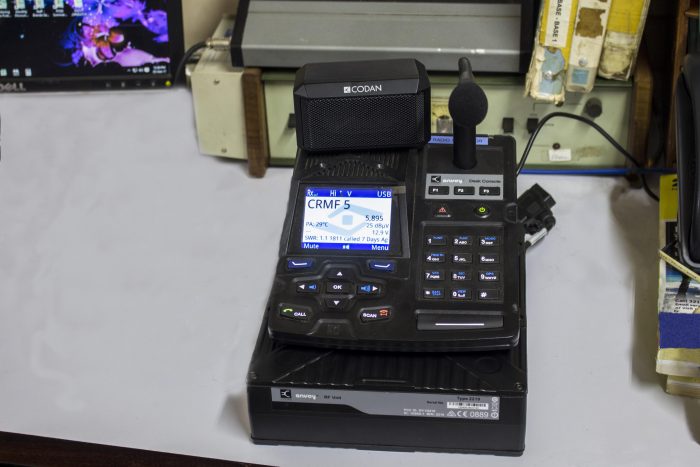