Gloria Kukyuwa is the first student to go through the full time MAF training centre’s Commercial Pilot License (CPL) course for Papua New Guinea nationals. After 2 weeks of ground school, she went up in the air in VH-WMC for her first flight. Gloria described the experience as exhilarating. She explained that “this first lesson was all about the effects of controls, seeing for herself how the controls work, and how they affect the movement of the plane.”

She enjoyed the fact that the aircraft used was VH-WMC as she said that this was a very comfortable aircraft to carry out your first flight in. VH-WMC is an excellent trainer aircraft as it flies at a nice speed and is not too complex for a trainee pilot. This aircraft is also a high-wing aircraft which ensures better visibility of the ground. 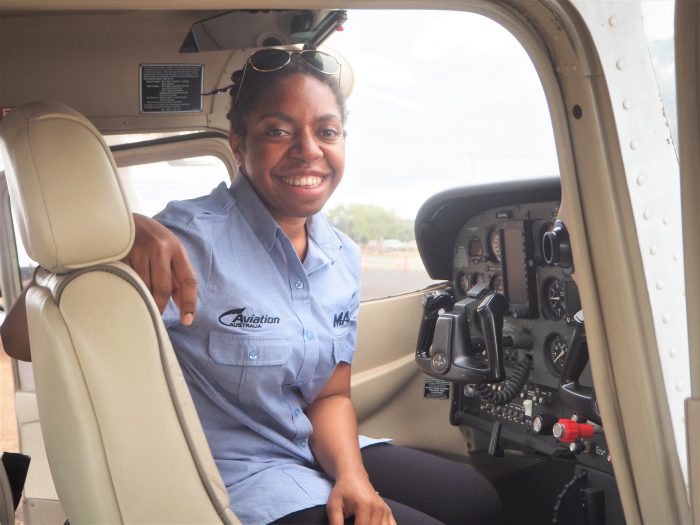 Gloria comes from Kaymanda in Baiyer-Lumusa district in the Western Highland Province of Papua New Guinea, which is extremely remote, but grew up in Mount Hagen. Her Dad works in Mt Hagen as a Ministry Co-ordinator for MAF and Gloria took every opportunity to accompany her Dad on MAF Ministry trips and feels that this is where her passion for flying came from. 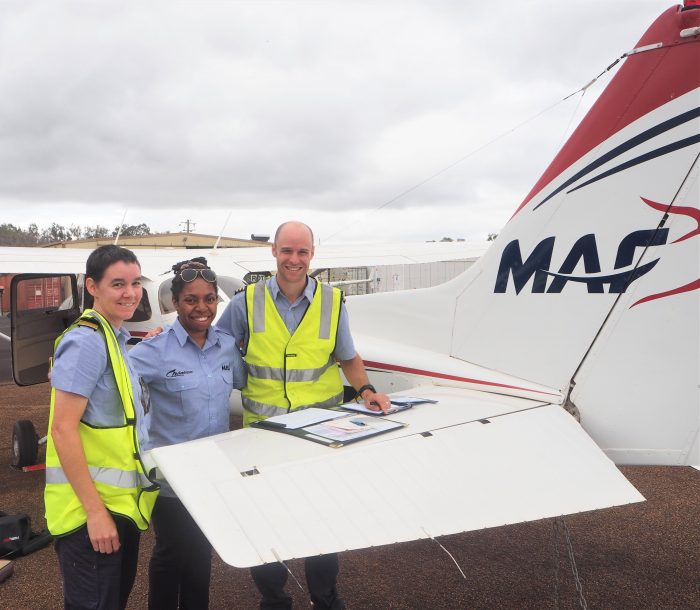 Before and after a flight, certain checks need to be made on the aircraft. Pictured below, Gloria is carrying out some of these checks. Gloria’s instructor is Andy Little and Gloria mentioned to me how privileged she felt to be in the hands of such expert instructors. 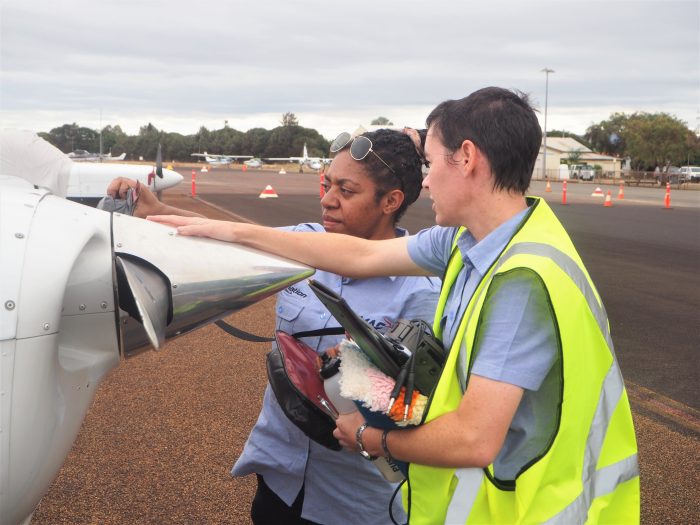 Gloria loved her first flight and when asking Gloria about her thoughts for the future, she explained to me that she felt her first flight had confirmed that she was in the right place. Gloria said “I feel very confident about the future. It is now not so unknown to me. I am really enjoying my lessons and the people at the Flight Training Centre have welcomed me as their family. I feel at peace.” 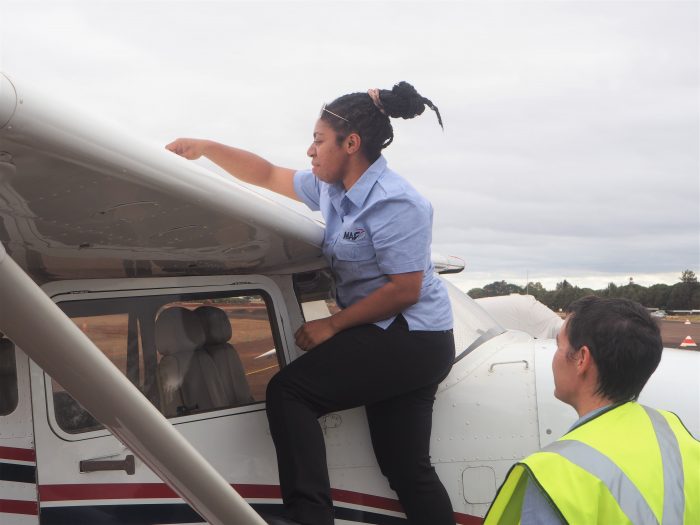