Getting Back to School Against All Odds

When all schools closed in Kenya in March 2020, it was a scramble to get the students of missionary boarding school Rift Valley Academy home to their parents in other parts of Africa. A group of these youngsters travelled together back to Chad where for the remainder of the year they studied online, separated from their friends, missing personal and educational milestones, and enduring persistent uncertainty about when they could return. ‘It was so important for our son to get back and see his friends,’ explains one of the parents. ‘When most kids have school online, they can still connect face to face with friends; RVA kids can’t do that as they’re all over the world.’

In December the Kenyan government was sufficiently satisfied with their response to the pandemic to announce the reopening of schools in January 2021. Plans were made and flights booked as the students prepared themselves for this long-awaited moment. Then at the eleventh hour, a setback: the Chadian government closed all airports and banned all flights, international and domestic. Travel by road to the capital was also banned. For two RVA families, this impacted their ability to get from their remote homes to N’Djamena, to get the necessary Covid tests prior to departure, and to catch flights out to Kenya (if those would even happen). The obstacles felt insurmountable; they approached MAF to see if somehow we could help.

Knowing the pressure our partners were under, the MAF team decided to approach the authorities and request specific permission to fly. ‘We planned to do the flight under special authorization if we got it,’ explains Ops Manager and Pilot Becki Dillingham. ‘So we forged ahead as if we were doing it because it’s easy to cancel, but it’s hard if you get the go-ahead and you haven’t got anything prepared. The day before we hoped to go, the plane was disinfected and fuelled and the cargo loaded; all I had to do was start up and go. We were poised, ready, and on Thursday night we got the announcement that the airport would reopen the next morning.’ 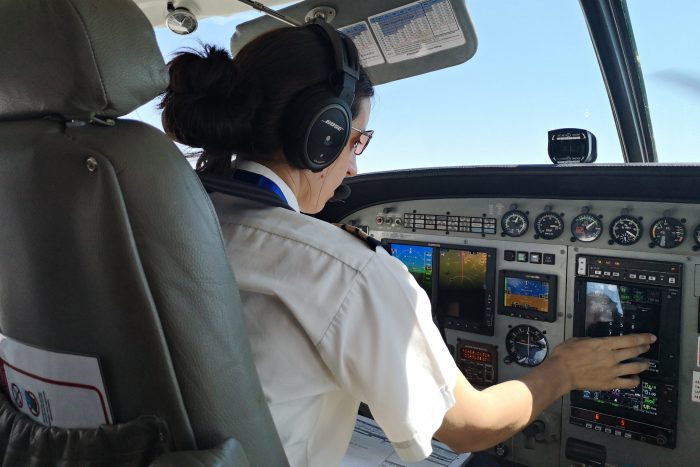 Keen to seize the opportunity in case the situation changed again, the ground ops team reported for work early on Friday and prepared to dispatch Becki as soon as they could. At 8am Becki sent staff member Denis Kouladoumbaye to log the flight plan with the Control Tower. ‘Obviously the rest of the airport wasn’t poised, ready,’ Becki comments. ‘Air Traffic Control were astounded to see him, saying “We only opened at midnight and you’re already here!”’

Flying under normal regulations rather than by special permission also allowed MAF to assist another partner who was stranded in the capital. ‘He was in N’Djamena trying to get back to his home in the east of Chad,’ says Becki. ‘If it had been a special permission flight, we wouldn’t have been able to take him, we wouldn’t have been able to take people out of the city, but because the authorities opened the airport, we could. Even at such short notice he was happy to join the flight.’

Becki could see what a relief it was for the families when the flight was able to proceed. ‘I think they felt like they had an impossible journey, but amazingly, they made it. They were very thankful that we got them over the first hurdle that made it possible for them to do the rest of it.’ The first family she collected also keeps spare fuel for MAF, which was needed for the remainder of the flight. They brought it to the airstrip and helped fill the plane. ‘It turns out we had the exact amount of fuel needed! That was totally God. It meant we could fly back without any further refuelling stops, allowing us to land in N’Djamena before curfew, with just 20 minutes to spare to get a Covid test.’ 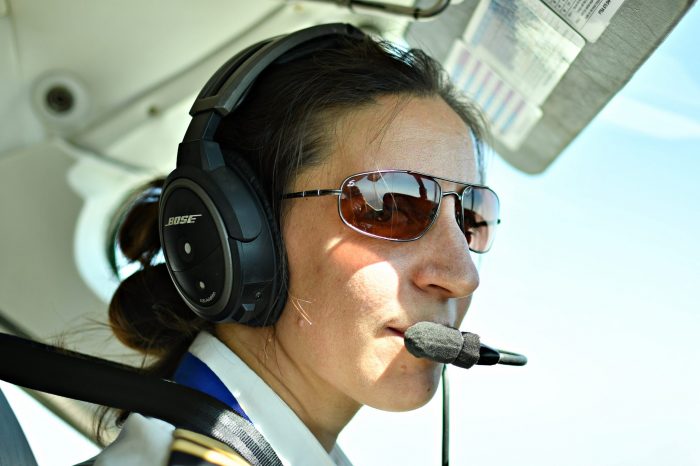 Becki received messages from all the passengers afterwards. ‘Thanks so much for all your help, by the way! You were a real life-saver!’

‘Hi Becki, wanted you to be one of the first to know our son got his test yesterday just in time and got a negative result five minutes ago. God is so good! Next step airport. Thanks for everything!’

‘Thank-you for your tremendous flying yesterday, delivering us safely. I appreciate your help.’

Knowing the sacrifices that these and many other missionaries make to serve isolated people in Chad, we are ourselves are thankful that we could serve them in this way at such a crucial time. 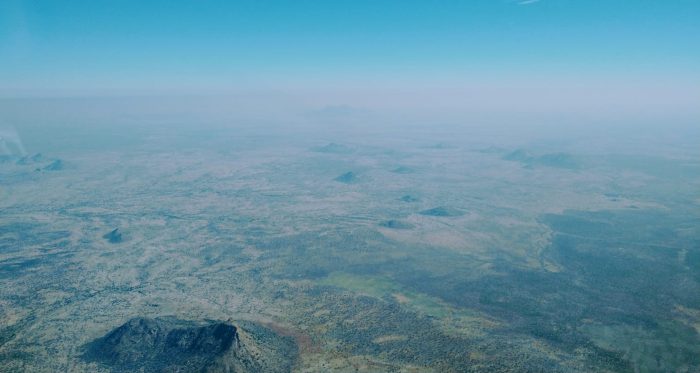