Cut Off – MAF in Sulawesi, Indonesia

The community of Kulawi, tucked in the mountains south of Palu in Indonesia, did not make international news when a 7.5 magnitude earthquake struck on 28 September. It was not in the path of the tsunami that followed. Houses weren’t sucked into mud like in Palu. But homes and buildings around Kulawi did crumble in random fashion – lightly in one village, entirely in another. And until some major excavation takes place, the area is left isolated between multiple landslides that have cut off access in or out except by foot or air. 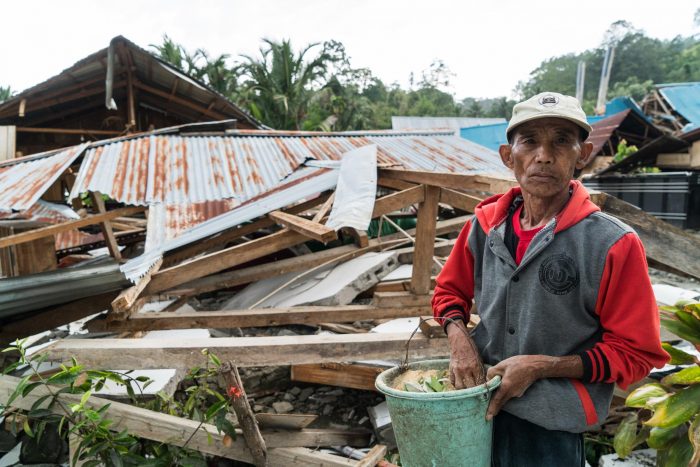 Yayasan MAF Indonesia (MAF Indonesia) and partner Helivida suspected that villages further inland from the coast had suffered damage. Flying the Helivida helicopter south from Palu, the wide flat valley narrows and the road climbs and hugs the mountain curves. The team observed landslide after landslide completely blocking the road in numerous places. When the aircraft landed in the Kulawi town center, MAF’s Disaster Response Manager, Rick Emenaker, along with John Gorenflo and pilot Matthias Geiger, spoke to community leaders who explained that their food supply would last only one week. 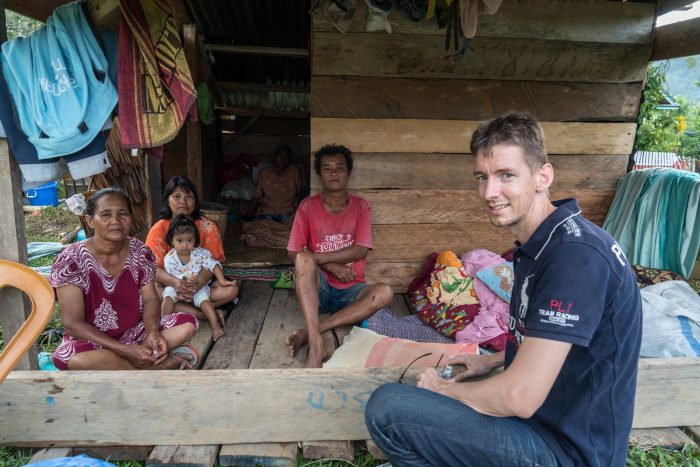 Less than 10 minutes by motorbike from Kulawi lies the rubble of a small village called Boladangko. Until 28 September, it was home to more than 500 people and 160 houses. Walking down the main street is a surreal scene of wreckage, a pile of concrete and wood here, a roof with no walls attached there. Someone points to a pile of white and green concrete. That was the school, he says. 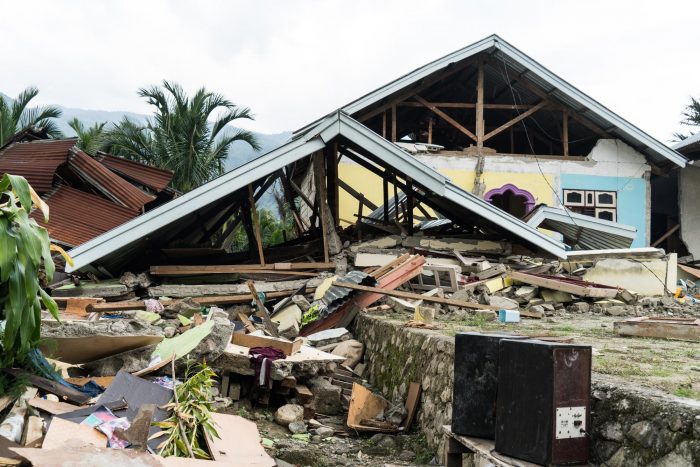 Another man introduces himself as the leader of this village. “This is my office,” he says, pointing to a place where not a single brick is left attached to the foundation. He pauses and looks down at the ground for a moment, then points to another pile of rubble. “That is my house.”

House after house, a store, a church, community center, and more houses. All destroyed.

Yusak Randa, a resident of Boladangko, recalls the moment of terror. “When everything started shaking, we ran for the door. No one could stand straight. Everyone fell over because the floor was shaking so badly. When we got out of the house, we saw that every single house had collapsed. We couldn’t even stand. We had to crawl. Our whole body was covered with wounds from bricks falling on us. We all ran to the school field but didn’t know what to do. Everyone was crying, asking for help. The kids were so afraid.” 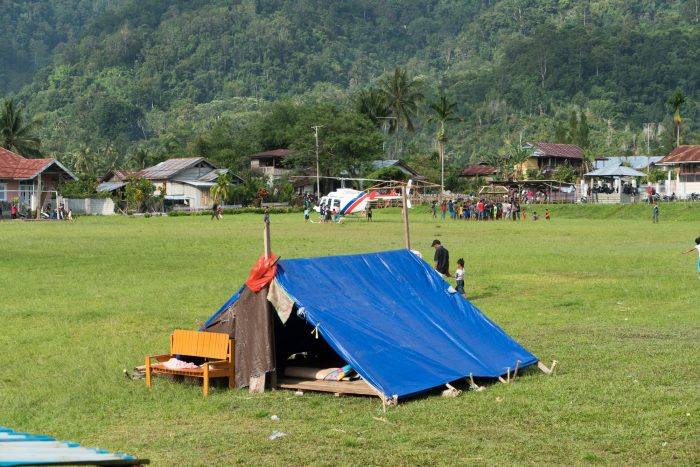 The community of Boladangko is now displaced. Some have set up tents along the river. Others are building shacks along the edge of Kulawi’s town center using material recovered from the rubble – pieces of wood and sections of tin roof. They don’t know what they will do in the future. They can’t think that far ahead. Right now, it’s just about food in their mouths and a cover for their heads.

Two days after the first visit, two Indonesian doctors, a husband and wife along with their daughter, showed up at the Helivida hangar where Yayasan MAF Indonesia is sharing an office asking for a flight to Kulawi to assess the medical needs and bring a small bit of medicine. A local Palu church also wanted to help by offering food. MAF in partnership with Helivida provided the flights to bring the doctors one day, and 413 kilos of food and medicine the next. 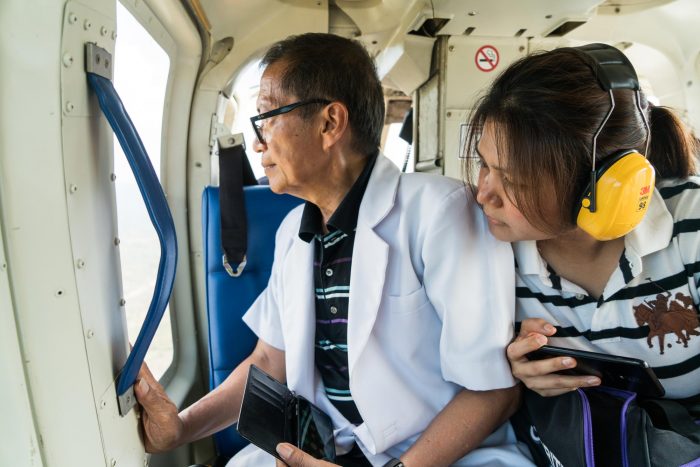 These small gifts cannot restore what they have lost, but for the people of Kulawi, it is not insignificant. As the helicopter was about to leave, one community leader placed his hand over his heart and said, “Thank you for coming. I am crying.” 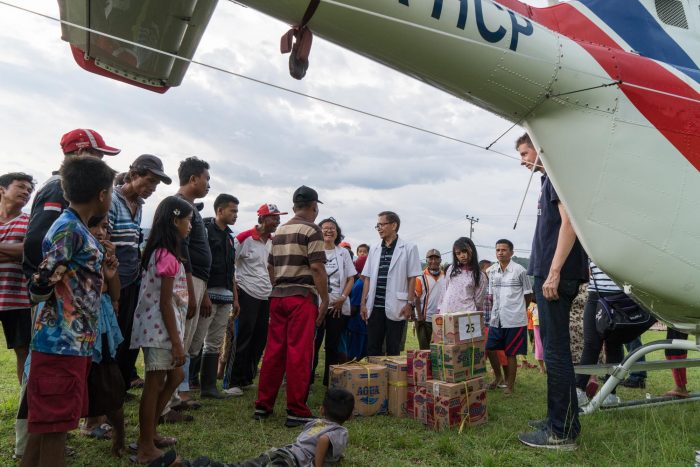 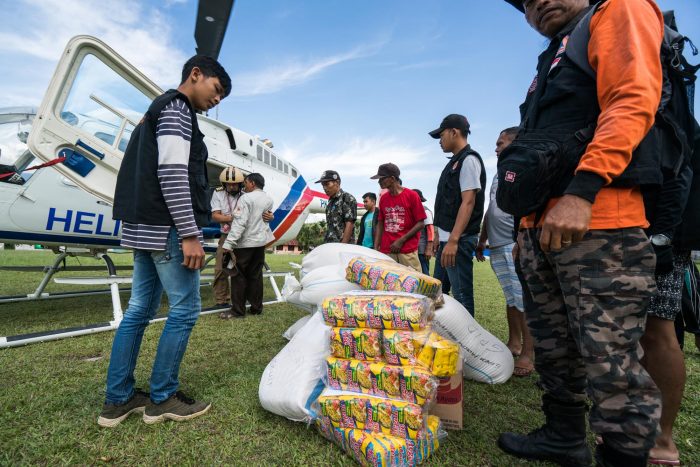 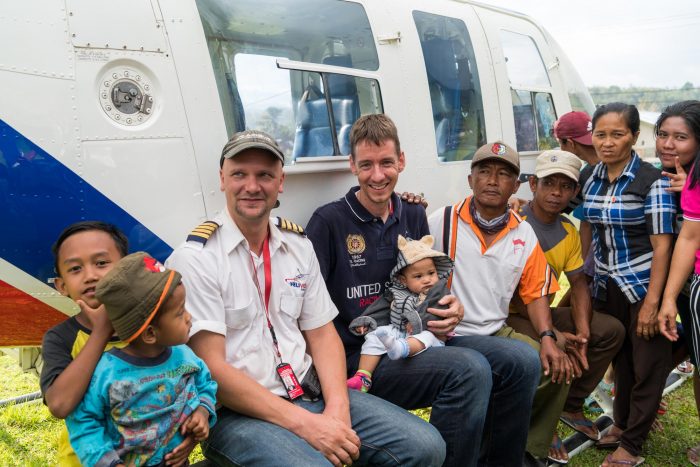 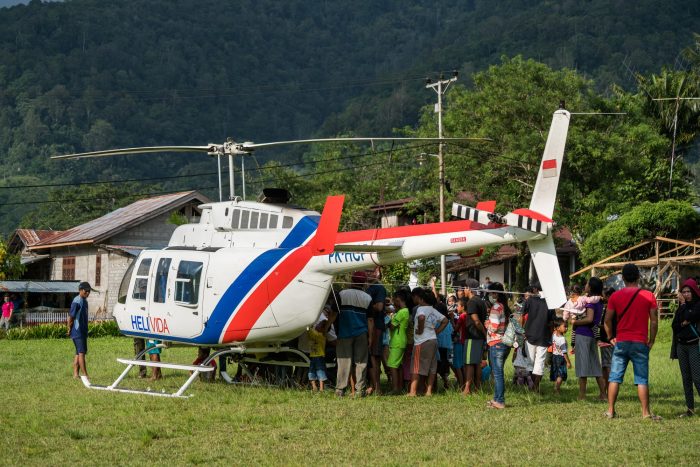 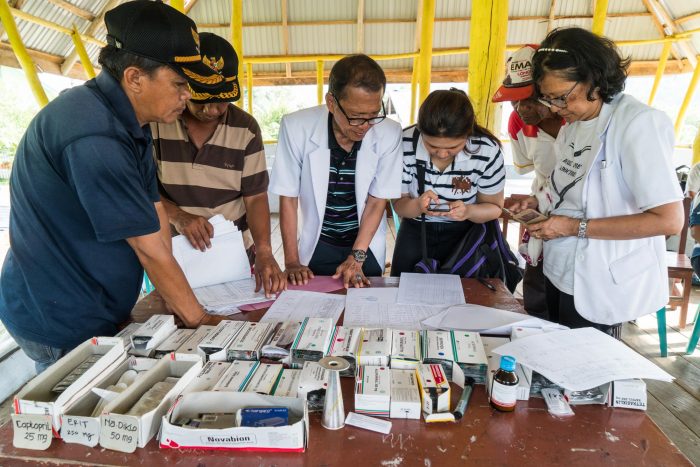