Nineteen year old Lino was working on his boat on a rainy day in January when the crocodile attacked. Because the sea was dirty from the heavy rains, Lino didn’t see the crocodile approach. He was bitten on the leg but managed to escape greater injury by moving out of the water and onto the sand. A nearby friend was able to telephone his brother to come and help take Lino to hospital. Thankfully the crocodile didn’t follow him, which most likely saved his life and leg. 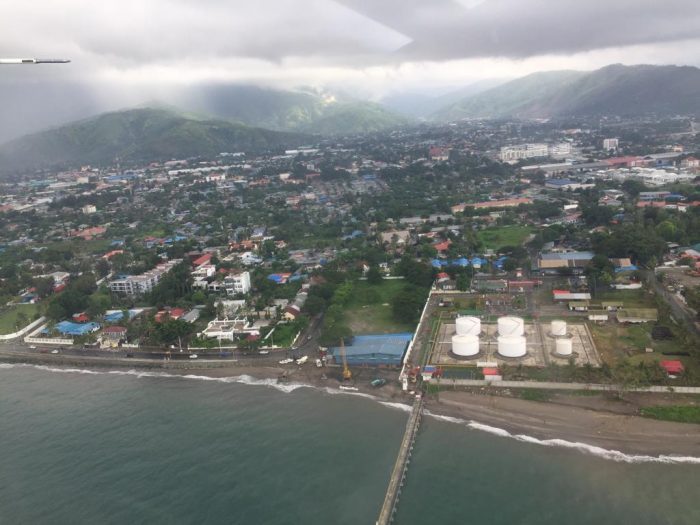 Crocodiles are believed to be sacred by the Timorese people. Many of the legends of the formation of this island nation include the ‘lafaek’, the Tetun word for Crocodile, as the mountainous ridges are said to resemble the silhouette of a crocodile’s head. Because of the sacredness of the crocodile, they are not killed or removed from populated areas, which allows them to increase in number in some areas of the country. 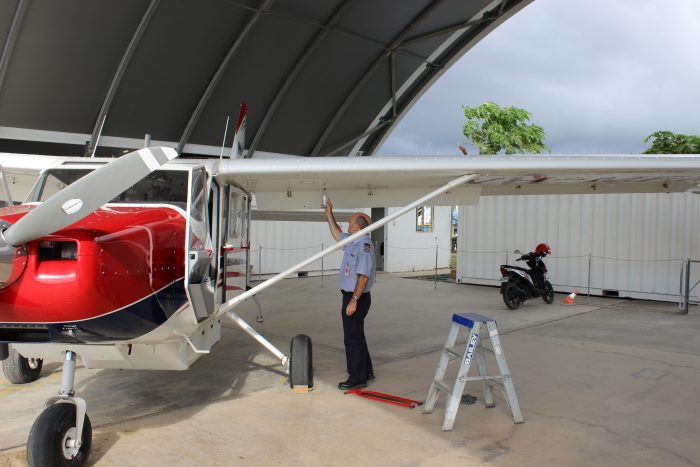 It was 4pm on a Friday afternoon when Pilot Jason Job received the call for a medevac flight to Baucau. Baucau is a regional town, 131 kilometres east of the International Airport in Dili, Timor-Leste. Baucau town sits on a plateau overlooking the sea and the journey there by road can take around three hours due to road works. In the air, the journey to Baucau takes approximately forty minutes and so before 5pm, Jason in the GA8 Airvan, VH-MFM were on the ground at Baucau airport loading Lino, his medevac patient, two family members, including Lino’s brother and a medical professional and preparing them for the return flight. Due to his injuries, Lino needed to lie on a stretcher in the aircraft. 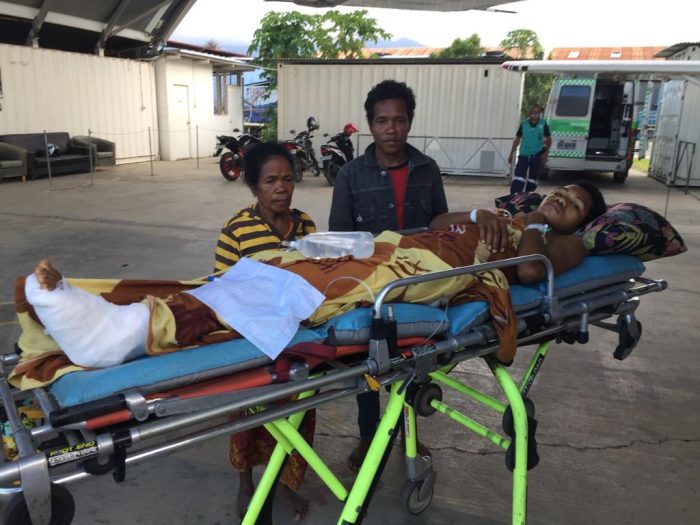 Only fifteen minutes after landing, Pilot Jason and his passengers had taken off and were on their way to Dili. January in Timor-Leste is the wet season and so low cloud and rain often prevents flights in the afternoons. However, on this day, thankfully, the weather was fine and allowed for a smooth flight for Lino. The flight back to Dili took forty minutes with the local ambulance service waiting at the MAF hangar to transport him the final distance to the National Hospital. As Pilot Jason photocopied medical records for the ambulance staff, MAF Timor-Leste’s local staff member Aldo was able to ask Lino’s brother about his accident and gave us permission to share his story with you.

MAF Timor-Leste carries out approximately 28 medevac flights every month for the Ministry of Health of Timor-Leste. Each year we transport one or two victims of crocodile attacks, usually from the eastern end of the country. MAF is so thankful to be able help Lino in his time of great need and pray that his medical care will enable him to have a complete recovery. 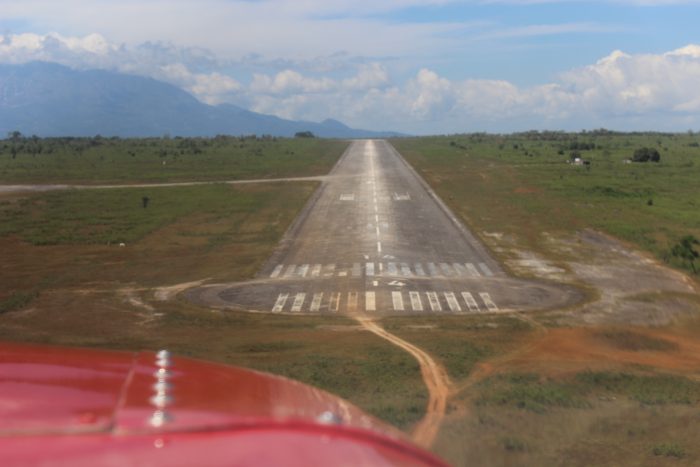