Have you ever thought of becoming an Engineer for Mission Aviation Fellowship (MAF)?  Is this something God might be calling you to do? Dan Perrett has just completed his apprenticeship in Engineering (Cert IV in Aero skills – Avionics) through Aviation Australia in Cairns. He achieved this after five years of dedication and hard work. 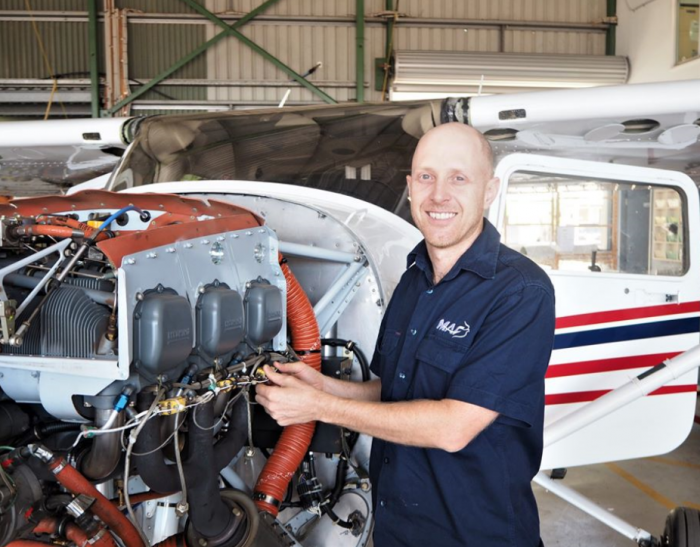 Dan grew up in a Christian home and made a personal commitment to God in his early 20’s. After completing a Bachelor of Mechanical Engineering, he worked as an engineer for a few years before he decided to take a backpacking trip through Papua New Guinea (PNG). As part of his trip he visited some friends who were working with MAF and attended a Bible Translation Dedication Service.  Through the service and seeing the impact it had on the remote community, Dan had a real sense that God was calling him to mission.  At that time he had met Shannon who later became his wife; After they were married they both completed Bible College.  Dan and Shannon were unsure where they were meant to go with this calling to mission, but as Dan had an interest in solar power, they were led to Christian Radio Missionary Fellowship (CRMF) who they served with in PNG for over six years – Dan as a technician and Training Coordinator and Shannon as the Financial Administrator.

In 2014 the Perrett family decided to return to Australia and Dan began to think about his future; He says “I had always been a bit of an aeroplane nut and had an interest in electronics.” One of the MAF Human Resource team who was aware of Dan’s skill and experience, asked him to consider the possibility of joining MAF Mareeba as an Avionics Apprentice.  So in January 2015 Dan began his apprenticeship journey. 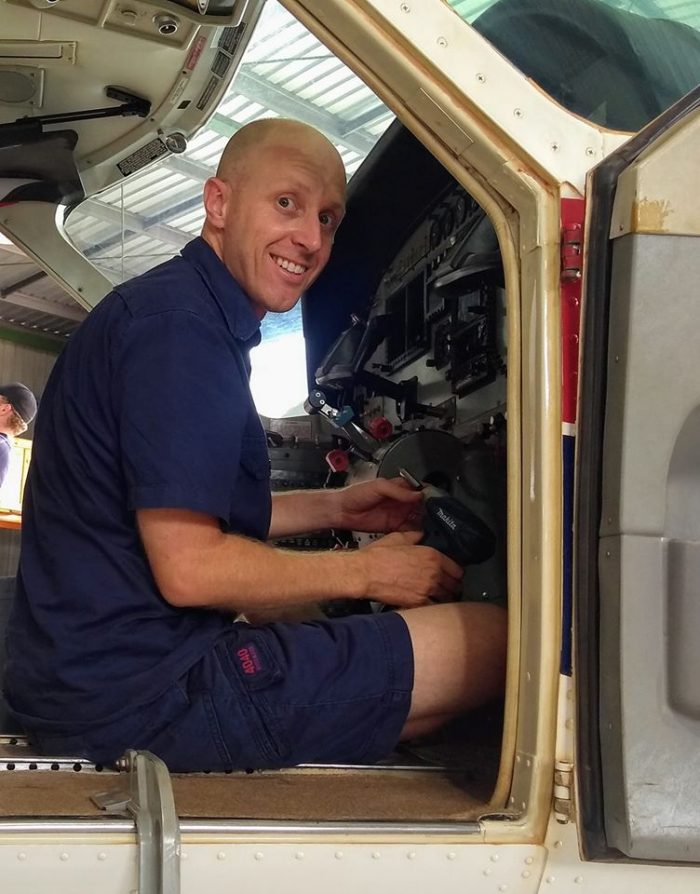 The apprenticeship is split into two parts:

Dan remarks that “I found the exams challenging as there was a large volume of material to work through.  MAF apprentices work toward a European Union Aviation Safety Agency (EASA) license as well as a Civil Aviation Safety Authority (CASA) license. This is to enable them to be able to work in as many countries as possible, as MAF have a presence in many countries worldwide. This is a unique opportunity to gain both licenses, not provided by many employers.

He explains “I am very relieved that I have achieved my apprenticeship! I particularly enjoyed being able to work on program aircraft and am very grateful to the engineers that took the time to invest in me and mentor me.”

As for the future, Dan plans to stay in Mareeba for stability for his children at this point in their schooling. He now goes on to work towards his Licensed Aircraft Maintenance Engineer (LAME) qualification, as he is currently an Aircraft Maintenance Engineer (AME), which includes looking at project management and trouble shooting. He would very much like to provide program support, particularly in PNG, as he already has a knowledge of the language and culture there.

Dan also has a passion to help others, he explains “his heart is to invest in people” and therefore would very much like to be part of mentoring and training others during their engineering apprenticeships. At present there is a worldwide shortage of engineers.  If you would like to explore the idea of an engineering apprenticeship further through MAF, please contact MAF Australia using the online enquiry form https://maf.org.au/recruitment, or calling them on 1800 987 221 (add appropriate contact details for the relevant resourcing group).

Your skills and passion for engineering can bring help, hope and healing for some of the most isolated people on the planet.

For 75 years engineers have partnered alongside pilots, managers, teachers, administrators and many other professionals to bring transformation to remote communities.

To take the first step in your journey to serve as an engineer with MAF – download our Engineers Enquirer Pack.