A State of Readiness in Bangladesh

While numerous nations declare a ‘state of emergency’, MAF’s program manager in Bangladesh is declaring a ‘state of readiness’ to serve at this time in this densely populated country.

Alone in the sky

Mark Blomberg, MAF’s program manager in Bangladesh, shares, ‘Right now, we just want to maintain a readiness and an ability to respond as needed.’ In a country where all domestic flights have been grounded, Mark’s expectation is that demand for MAF flights will initially be low. 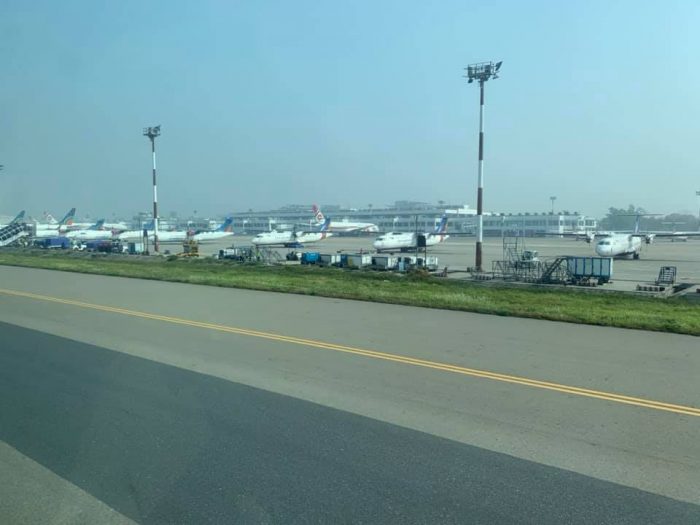 Recently, with special permission, Mark reports ‘We had two flights to evacuate international staff working for different organisations that couldn’t get back to Dhaka to get out on embassy evacuation flights.’ MAF has also conducted a flight for Emergency Centre for Transboundary Animal Diseases (ECTAD), a branch of FAO (Food and Agricultural Organisation), working in conjunction with BRAC and the local government. They were launching a pilot program to assess the spread of Covid-19 in communities, creating teams to identify cases and get them into hospitals, and to do contact tracing. If the work is scaled up there is interest in utilising MAF to facilitate further launches of this program in other districts. ‘So that’s the sort of thing we might see in the near term,’ says Mark, ‘helping people do some of that kind of flying. And also just more emergency or urgent repositioning of staff.’ 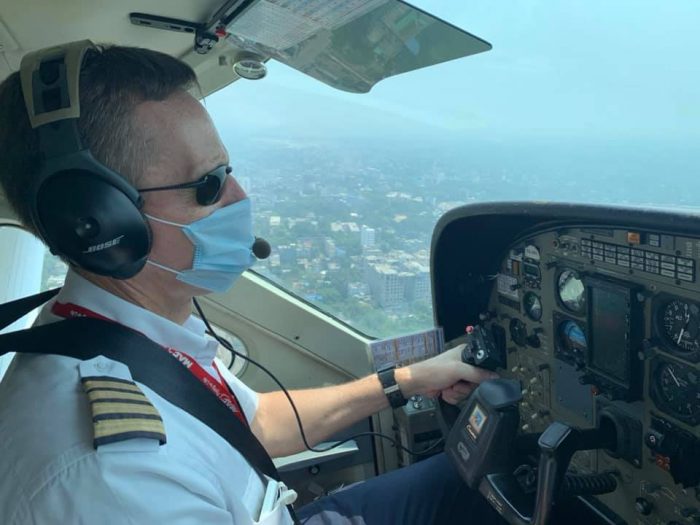 In March, when it became apparent that Covid-19 was going to impact Bangladesh, and aviation across the country was grounded, the MAF team worked with the Bangladesh Civil Aviation Authority to work out a way for MAF to continue to serve the nation’s remote and isolated people. Permission was granted and expanded. Mark states, ‘In line with the recommendations from ICAO, and through conversation with civil aviation, the order was revised to include medevacs, humanitarian relief flying, and emergency related flights.’ 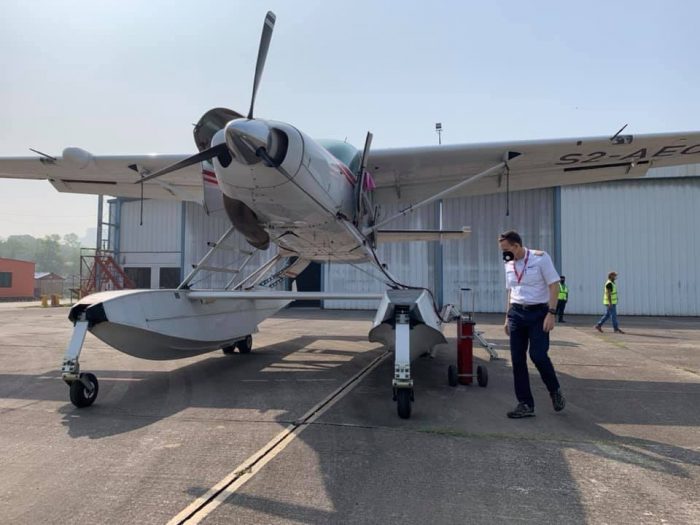 The second part to MAF’s ‘state of readiness’ was gaining approval of safe and appropriate procedures for operating in a Covid-19 context. MAF won’t be transporting Covid-19 patients in Bangladesh. Instead, the focus is on a greater need with a broader impact: transporting people engaged in humanitarian activities. 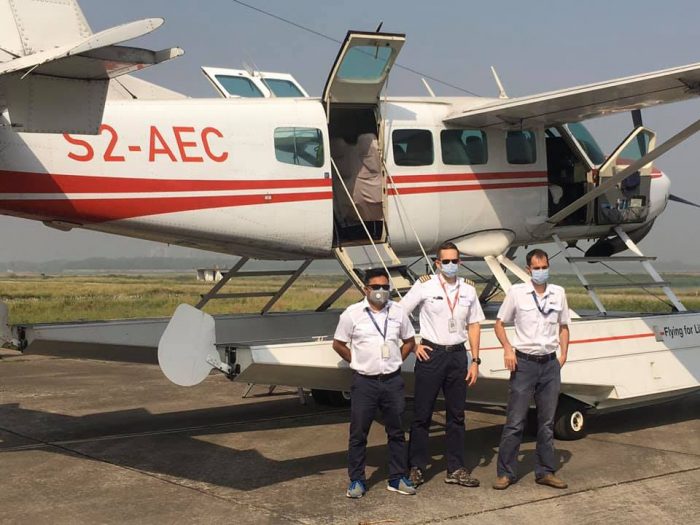 Mark continues, ‘If we can manage some sort of normal operations but in an environment that is likely to become highly impacted by Covid-19, that is the direction we want to go. So with the operations team, we discussed procedures. We drafted a set of procedures based on the different guidance material from the FAA, from IASA, from CASA Australia. With our USAID grant we had access to the director of the CDC for Bangladesh, so we were able to share what we were drafting with him. We came up with a set of procedures that we felt comfortable with and which were signed off by the CDC doctor.’ 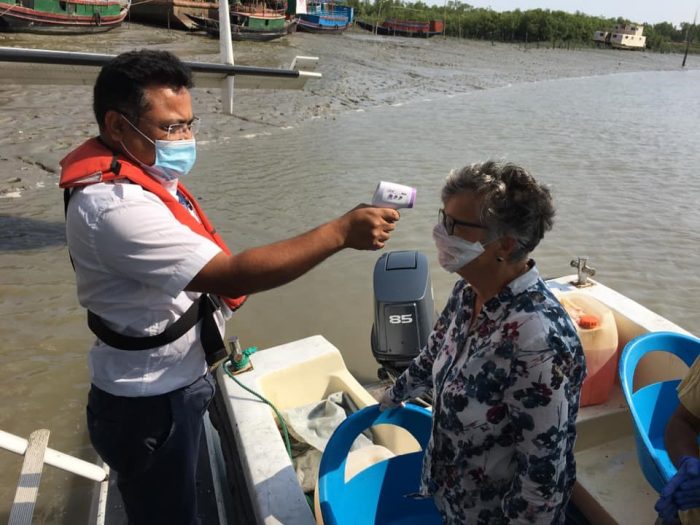 The procedures cover a wide variety of things: cleaning and disinfecting the aircraft after every flight; bringing staff and passengers to the aircraft, because the terminals are closed; for a passenger seating area with appropriate distancing; passenger briefings and checking temperatures; seating arrangement within the aircraft to enable passengers to sit further from each other; provision of hand sanitiser prior to boarding; and the wearing of face masks on board the flight by everybody. Our booking process added extra levels of communication – we’re not allowed to fly anyone that is under any government quarantine orders, so this is conveyed on or website and during the booking process. 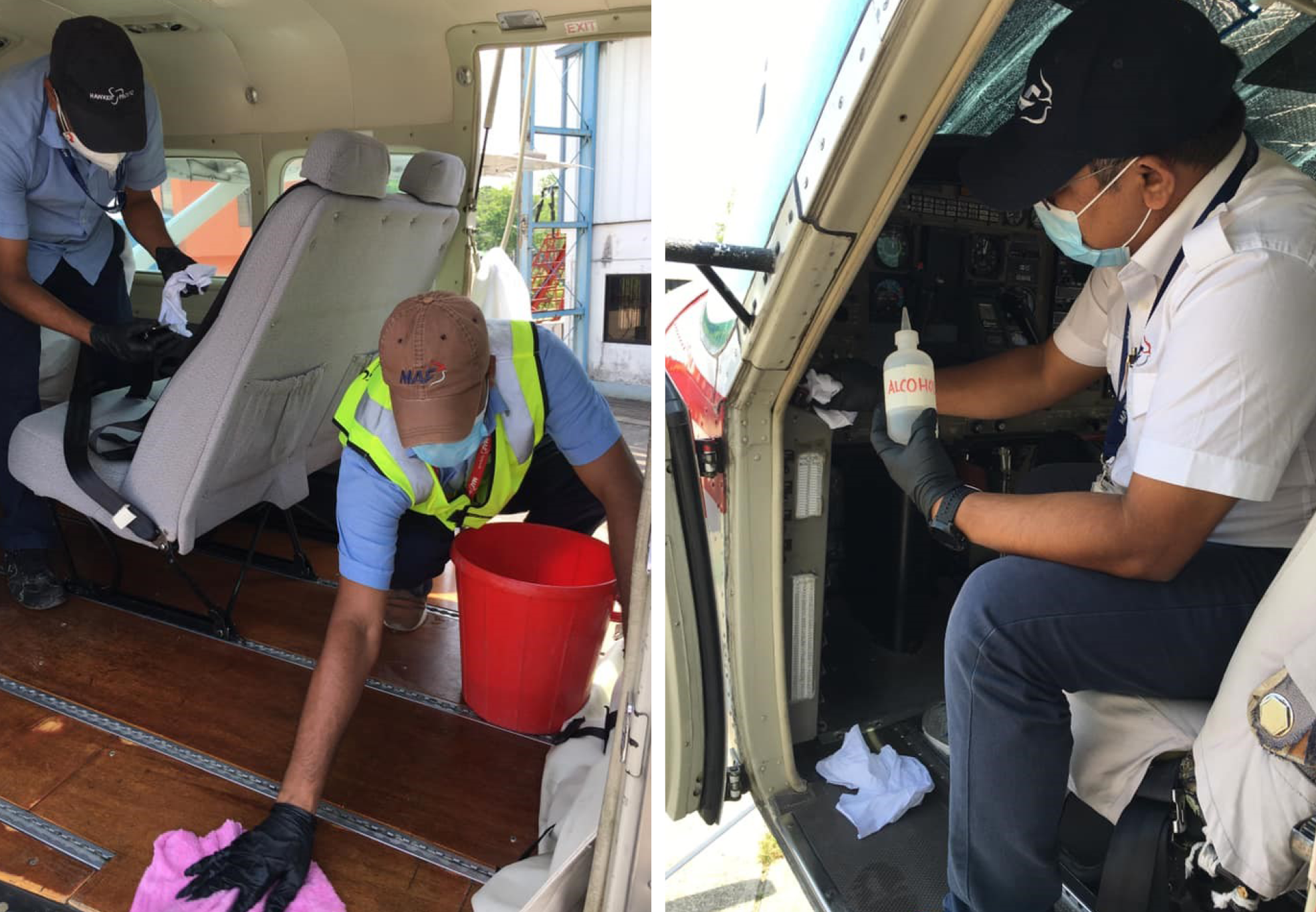 So after a very intense few weeks of work, by the end of March/early April two things were in place: permission to operate and approved procedures that are appropriate and safe to operate. 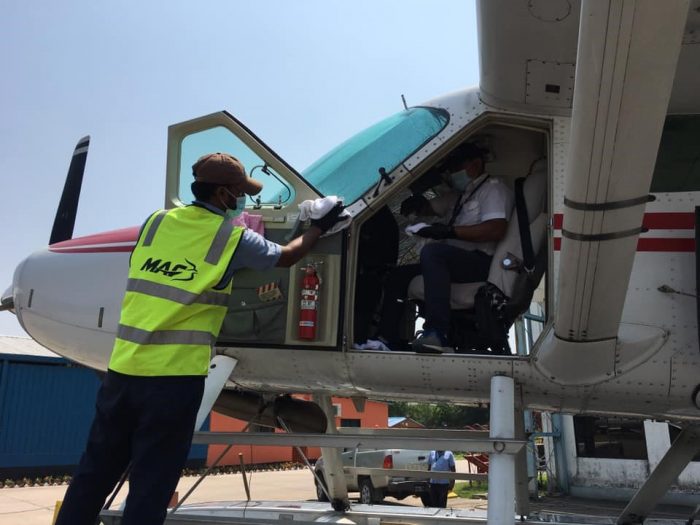 MAF Bangladesh has experienced a 20% surge in inquiries. Mark reports, ‘We had a lot of organisations asking us were we still able to fly, simply because people are realising their travel is now limited.’ A quick survey with partner organisations helped identify specific needs at this time, and helped confirm that the area of Cox’s Bazar is probably, outside of Dhaka, the next biggest hub of humanitarian and development work that’s happening. The need relates to people working with the Rohingya and the refugee camps there, but also to Bangladeshis there. ‘The whole area has been completely transformed and impacted by the hosting of these refugee camps, so there’s a kind of broad spectrum of projects, some that are focusing on Rohingya and some that are focusing on the host Bangladeshi community in that district that has had to absorb the refugee camps. So there’s a lot of organisations that are working in that area.’ 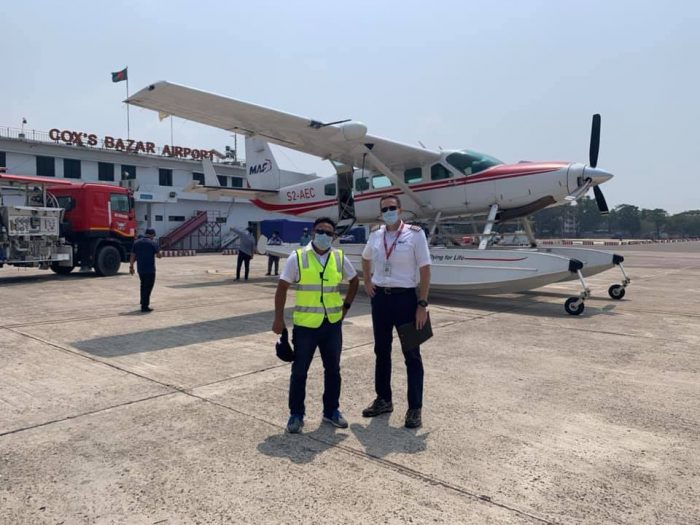 Mark continues, ‘Cox’s Bazar is not one of the areas that we have normally served, because there’s been good domestic transportation available. Now, since that’s gone away, that’s been really alarming for everyone working down there. It’s been the single biggest area of interest that we received. There’s interest around the country in general, but that’s become a new and significant area for us to serve.’ MAF has made preparations and is ready to serve this area when the need and time comes. Demand is expected to grow in May. 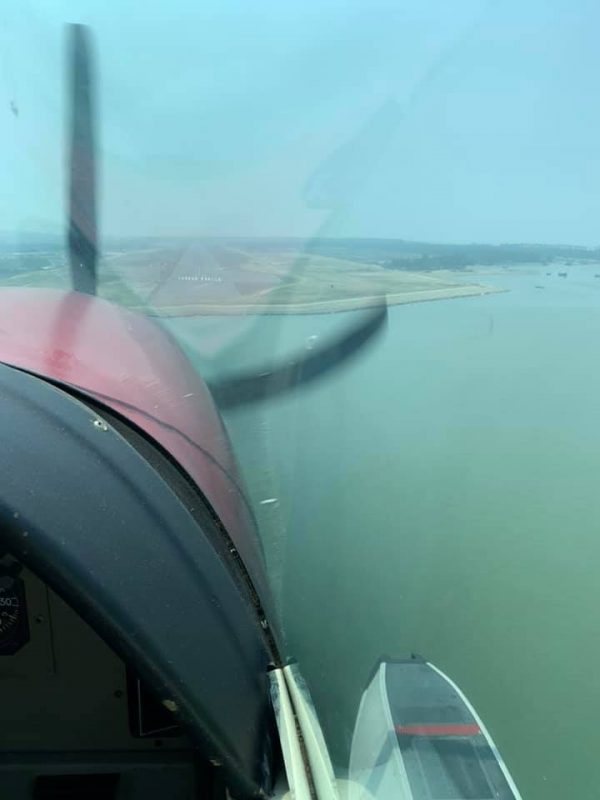 ‘A lot of organisations are essentially doing what we’re doing,’ Mark says, ‘which is trying to position for what’s going to become a very big humanitarian crisis with a health element. Covid-19 may have been the catalyst, the trigger, the cause for it, but it’s going to be more hunger, famine and other issues as a result of the impacts of Covid-19 on the economy which will lead to a situation worse than the actual health element of Covid.’

‘If the situation becomes such that the government asks for the U.N. and for NGOs to be directly involved in helping respond to the crisis, likely we’ll just see increased demand for what we’ve always done, which is flight support for humanitarian and development agencies.’

Mark concludes, ‘Over the past two years we’ve intentionally worked on a lot of areas, simply for the benefit of the normal program, always wanting to operate well and effectively as a team and be efficient. In the last four weeks I’ve been able to see that a lot of that has really helped us be where we are right now with the current team, and in a position where we’re able to do some flights. We’ve been able to weather really what’s been a sort of traumatic experience as a program in terms of just everything – whether it’s day to day life or work life. Everything has been thrown upside down, but we still remained effectively able to operate some flights. It’s been a testament to a lot of hard work and effort by the team to really dig in and engage’.