The impact of COVID-19 has been felt across almost all of our programmes. It has affected our staff, our ability to fly, and the people we have been able to reach. Below is a summary of how this impact has been felt in Timor-Leste.

Like most countries in the world, at the beginning of April Timor-Leste braced itself for the arrival of COVID-19. Restrictions were introduced with citizens having to go to the shops alone and wear a mask. MAF continued with normal flying of medevacs and charter flights for the government health department. In mid-April borders closed to prevent Timorese crossing the land border between Indonesia and Timor-Leste to the west. MAF was the only available transportation between Oecusse and Timor-Leste and so charter requests for this route increased.

We flew to Oecusse on 8th April with a plane full of buckets and supplies for handwashing*. In April we also transported doctors to Oecusse to enable them to train Timorese medical workers. 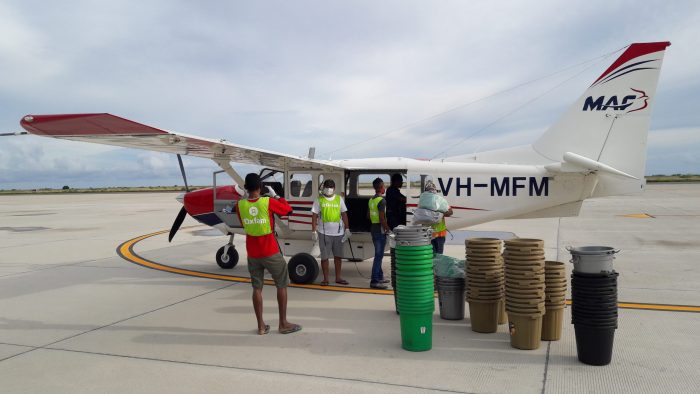 Over a two-week period, our aircraft landed at every airstrip in Timor-Leste except one and 14 medevacs were carried out for 16 patients. The medical conditions included cardiac problems, severe anaemia, a woman attacked by a crocodile and a small child with meningitis. We also flew Maluk Timor staff, a medical NGO that trains and mentors local medical staff, to Oecusse. They would be working with the medical staff in this isolated part of Timor-Leste for one week. Charter flights to Oecusse would prove frequent as NGOs worked to ensure this region was prepared for a COVID-19 outbreak. 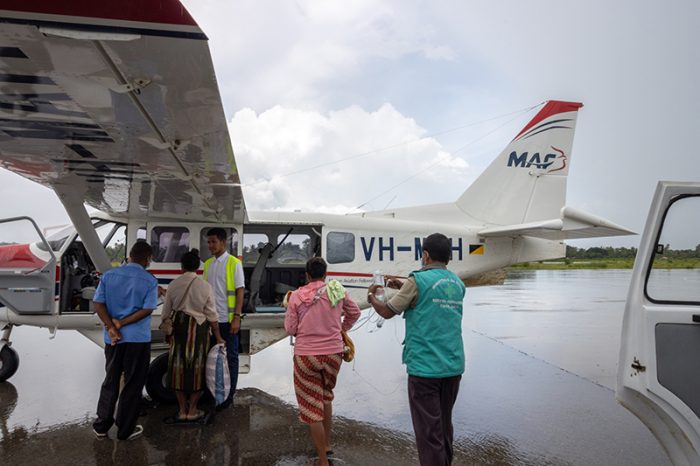 At the end of April, Timor-Leste extended its State of Emergency for another month, encouraging people to stay at home. This caused some frustration in communities as people’s ability to earn an income was restricted. At the time there were 24 confirmed cases in the country with many more people in quarantine.

Our work continued and in May we flew staff from ETO Moving Energy to Oecusse. ETO Moving Energy are a fuel-based company based in Dilli who were investigating ways to deliver fuel to the area as border restrictions were making access to fuel very difficult. We also continued flying medevacs and a care pack was provided for each patient. We were running the programme with two pilots and three local staff, who were working hard to fulfil all flight requests and who had to obtain special permission for every charter flight.

In mid-May the requests for flights slowed down somewhat and the team began making plans for aircraft maintenance and a rotation of pilots. Confirmed cases of COVID-19 in the country remained low and the spread appeared to be contained. 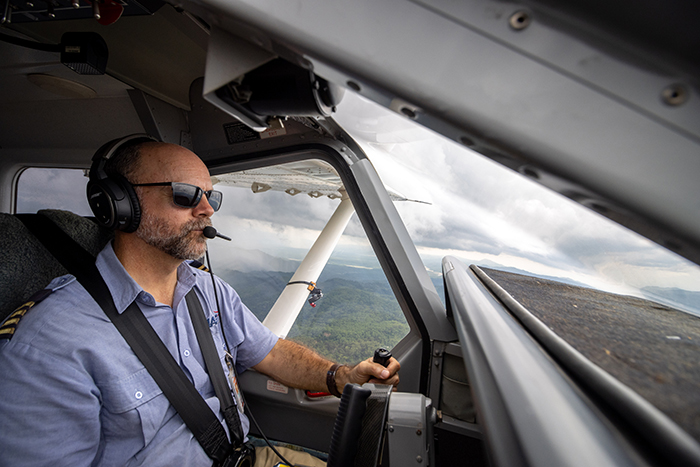 At the beginning of June, outgoing Country Director Jason Job and pilot Andrew MacDonald flew VH-MFM to Mareeba for scheduled maintenance, via Darwin. Arranging this flight was complicated with permissions needed from the Northern Territory, Queensland and Timor-Leste. Jason and Andrew quarantined in Queensland for 14 days. Chief Pilot, Marcus Grey, arrived in Timor-Leste to continue to serve the people of Timor-Leste in VH-MAH. He was given special exemption by the government to quarantine in a home and still carry out urgent medevacs during this time. 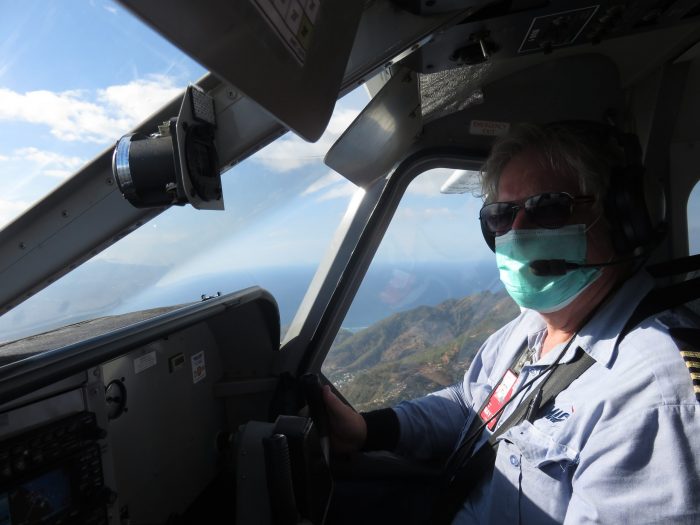 The engineering team in Mareeba set to work on VH-MFM with scheduled and routine maintenance, including an engine change.

By mid-June, Marcus Grey had completed his quarantine having carried out a number of medevacs during that time. Chartered flights were booked in with the WHO and Mercy Corps as Timor-Leste appeared to be free from COVID-19.

By the end of June, the State of Emergency ended and Timor-Leste had no active cases of COVID-19. Relief pilots arrived in the country to work for a period of six months and operations returned to normal for the rest of the year.

We are grateful that the impact of COVID-19 in Timor-Leste has been relatively small with no confirmed deaths due to the disease. Education and ongoing testing continue, and the country remains vigilant into 2021.