The impact of COVID-19 has been felt across almost all of our programmes. It has affected our staff, our ability to fly, and the people we have been able to reach. Below is a summary of how this impact has been felt in Papua New Guinea.

On 19th March 2020, P2-MAF was involved in an accident at Yenkisa. Thankfully, the pilot and three passengers on board were not injured but the aircraft sustained damage. Whilst this accident was being investigated MAF operations were suspended as a safety precaution, so our flights were already grounded when, on 7th April, the Papua New Guinean government banned domestic travel and implemented curfews in response to the coronavirus pandemic. A state of emergency had been declared on 24th March.

MAF received approval to carry out COVID-19 related flights to support the Area Health Patrol (AHP), transporting PPE and medication. We did some limited flying in support of AHP who were setting up a clinic in Balimo in preparation for treating COVID patients*, however patrols to remote communities were suspended.

During this period of downtime and in response to recent incidents, work began in earnest with multiple stakeholders, including the Rural Airstrip Agency (RAA), to carry out airstrip surveys so that we can return a greater number of airstrips to service safely. 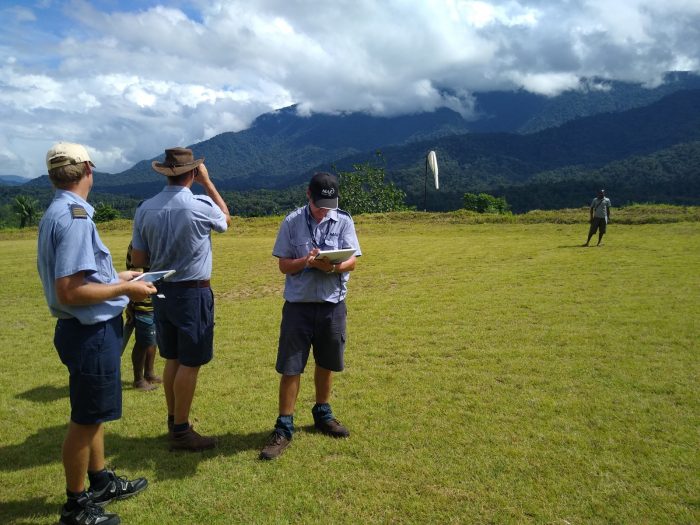 At the end of April, government restrictions for land travel were lifted. Air travel to non-restricted provinces was permitted, as long as proper passenger hygiene procedures were followed (temperatures taken, face masks, and social distancing) and with government approval for each specific passenger; medical evacuations were allowed without specific approval.

However, only authorised international passengers were able to enter the country and all incoming passengers had to quarantine for 14 days at a designated facility at their own cost. This presented problems for our staff who were stranded out of country and this would prove to be an ongoing issue in the months to come.

During this time there were actually very few confirmed cases of COVID-19 in the country and life began to return to some normality, with social distancing measures and mask wearing expected. By May 13th the Prime Minister James Marape said the country was ‘technically speaking’ free of COVID but reminded people to remain vigilant. We continued to carry out AHP flights and airstrip surveys. By the end of May 25 airstrips were open, with another 25 in the process of being opened. Tech Services PNG (known locally as CRMF) joined some airstrip survey flights, taking the opportunity to connect with remote communities, distribute resources and assess communication needs. 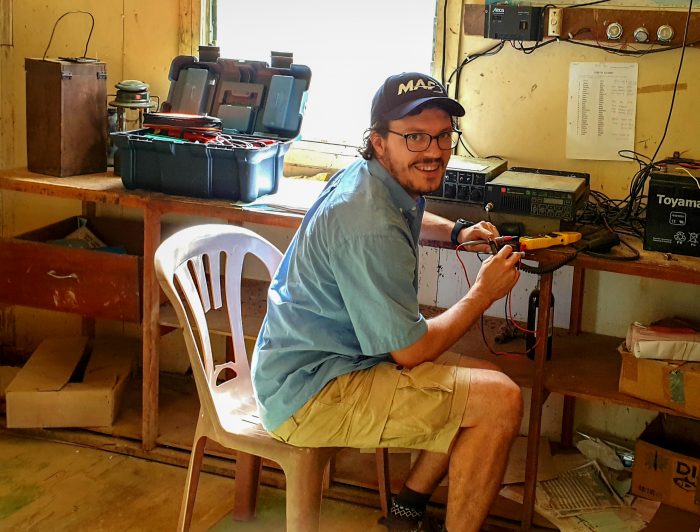 Meanwhile, we received the final Instrument of Approval letter from CASA, certifying our Red Bird Flight Simulator as fully operational for flight training.

At the beginning of June, permission was granted for some staff to return to PNG, subject to a 14-day quarantine. New regulations came in at the end of the month, requiring people to self-isolate for seven days in their country of uplift prior to boarding, take a COVID test 2-7 days prior to boarding, arrive in PNG and then quarantine for seven days, with a COVID test after five days. We continued carrying out medevacs and AHP flights and by mid-July 47 airstrips were now open.

In mid-July we did two medevacs in one day, including a pregnant missionary with an infection. Our limited flight hours were slowly increasing, however by the end of July infection rates increased dramatically and Port Moresby went into a 14 day lockdown. Passenger air travel was only for essential purposes and all passengers were required to wear masks at all times while on the aircraft. 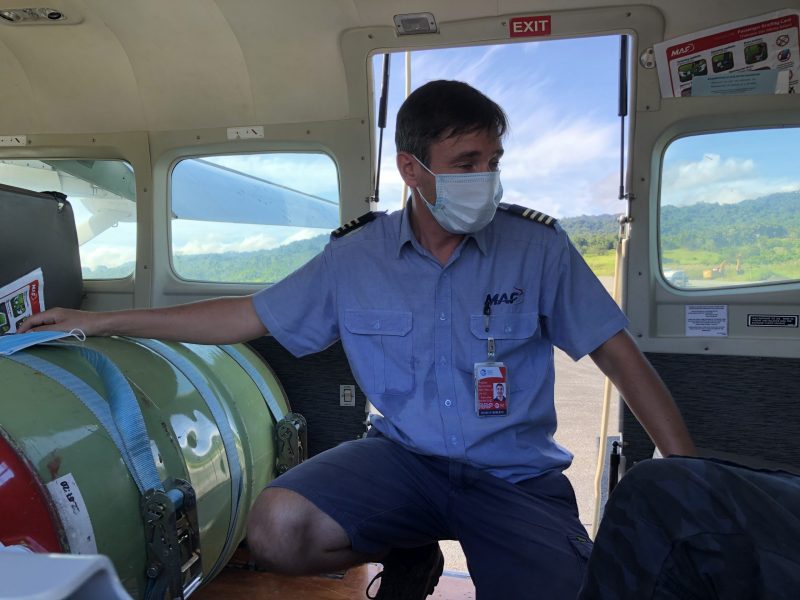 Cases continued to rise into August and restrictions on flights were once again imposed. Passenger operations were for essential reasons only and every passenger on all domestic flights needed to have approval from the government. Cargo flights were taking place, however, and at this point we had 51 airstrips open. Several staff members were trying to get back to PNG but they were experiencing difficulties with international flights. Without a full cohort of staff we were limited in our pilot numbers, which was another contributing factor into our low flight hours. Even when staff did return, they were subject to a 14 day quarantine and so it took time for the benefit of their return to translate into increased operational capacity.

In September, flight hours continued to climb to approximately 52 flight hours per week (compared with an average of 100 hours per week in September 2019). However they plateaued somewhat due to the number of available pilots in country. In October quarantine regulations were relaxed for passengers returning from Australia and New Zealand, meaning they only had to quarantine for seven days. A number of staff remained out of country at this point, but began scheduling returns in October and November, however due to quarantine and annual leave it will take time for this to translate into a full flight schedule.

There are concerns that the COVID-19 situation will lead to a rise in criminal activity and political instability. As always, we monitor these situations, and the potential impact on our staff, carefully.

One leader of a mission in PNG reported that he had tears in his eyes on hearing the MAF aircraft take off after many weeks of being grounded. The thought and knowledge of the hope and help that this would bring brought him to tears and gratitude to God. 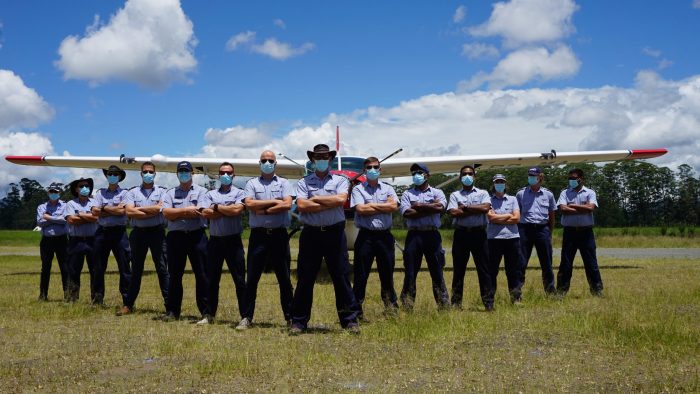