A Reflection of 2020 – MAF Madagascar

The impact of COVID-19 has been felt across almost all of our programs. It has affected our staff, our ability to fly, and the people we have been able to reach. Below is a summary of how this impact has been felt in Madagascar.

When the world was shutting down, Madagascar was no different and in April all domestic and international flights were grounded. Society was in lockdown with markets only opening in the mornings and most other shops being closed. MAF required special government permission to perform specific flights, though medevacs were allowed.

Our engineering department made the most of this downtime and began to paint our C182, 5R-ADD. On April 24th, Ryan Unger and Ian Purdey performed our first COVID-19 related flight, transporting test kits and PPE to Tulear and Fort Dauphin and returning from both locations with COVID-19 samples. 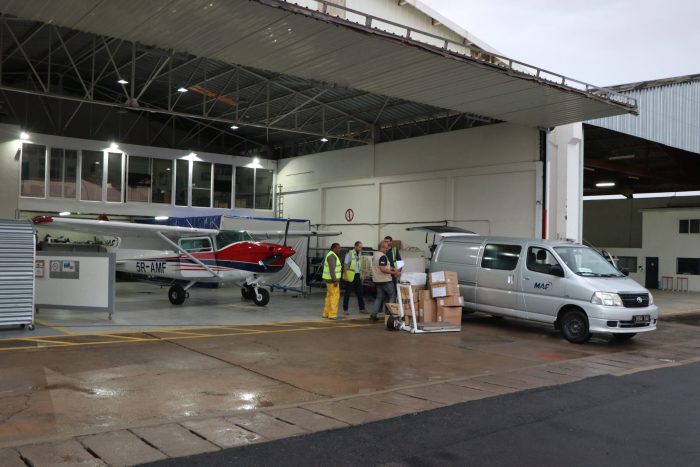 The lockdown continued into May, however both our hangar and garage remained open with staff working. We continued to perform a number of flights with government permission, including transporting MEDAIR to Toamasina to do COVID-19 related training in hospitals, medevacs and a team who were assisting with a malaria outbreak. 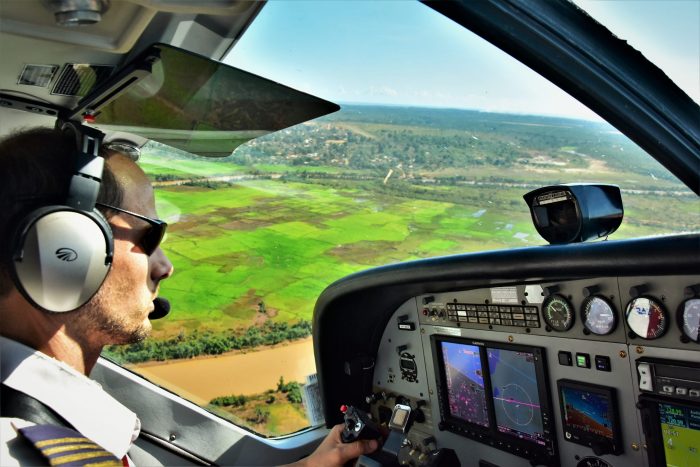 Towards the end of May, the cases of COVID-19 began to rise into the thousands with a number of regions affected, however our staff remained healthy and our level of work–including in the MAF garage-almost normal. We were able to do a proficiency check on our new pilot in the program so he could get his validation, giving us greater flexibility should one pilot not be able to fly. 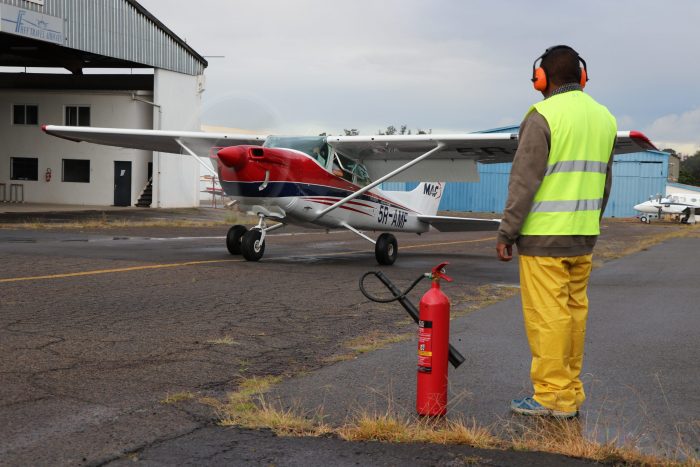 Travel restrictions were put in place nationwide, hindering NGOs’ ability to send help and aid workers into isolated areas and preventing people from travel within Madagascar. In mid-June, restrictions began to loosen across the country except for two regions (including the capital, Antananarivo). No national and international flights were allowed, however MAF continued to work almost normal hours and some flights were carried out with government permission. Schools remained closed; shops were open normally although people needed to wear masks all the time. 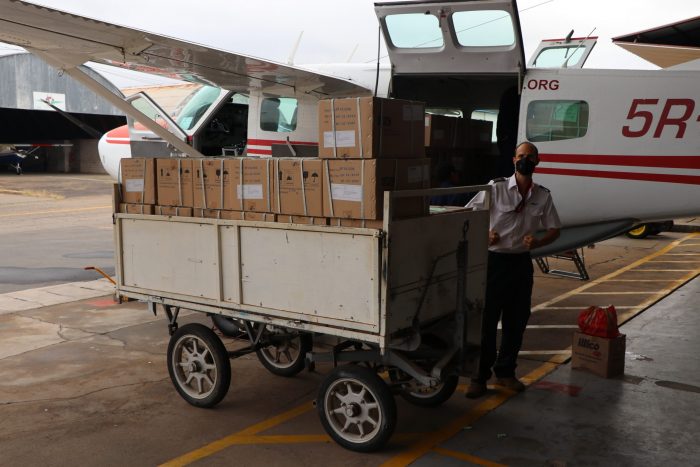 With confirmed cases rising rapidly, mid-July brought a more severe lockdown. MAF reduced to minimum staff to ensure continuity of service but working from home where possible. Madagascar’s ‘peak’ was reached in mid-August when the number of cases began to decline. At this point there had been 13,202 confirmed cases and 151 deaths since the end of March. Many people, however, were afraid to visit hospital or get tested.

September saw the slow lifting of restrictions and staff returning to the hangar. Although we had been carrying out flights regularly, our safaris had been cancelled since March, so in September we were pleased to fly our first MMS with Hoveraid since the beginning of the outbreak and we have since completed our first MMR. 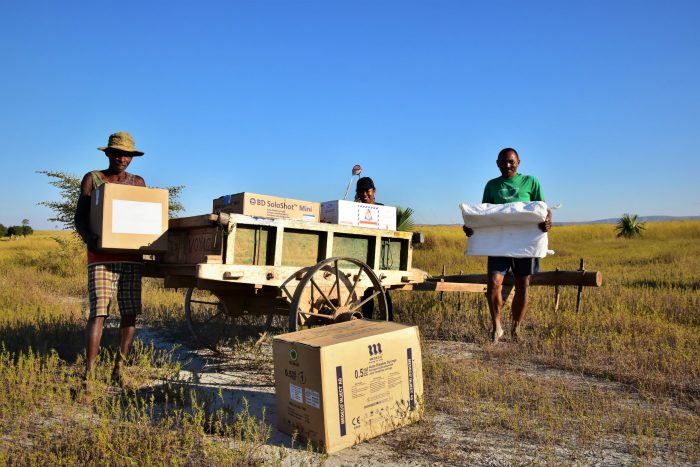 We look forward to resuming our MAMAFY flights soon. Our engineers have made very good progress on the refurbishment of our C182 AAD. Except for the fuselage all other parts have been newly painted. The avionics upgrade is completed and now we are waiting on a new SMA engine. By November, much had returned to normal, although international flights remained suspended–mainly due to the rise in cases in Europe. National flights are possible again and we are very thankful for the many flights we have been able to do, including several charter flights for USAID, UNICEF and another NGO, but also one MMS (Mada Medical Safari) to the South and a shuttle flight to Marolambo.