A Reflection of 2020 – MAF Bangladesh

The impact of COVID-19 has been felt across almost all of our programmes. It has affected our staff, our ability to fly, and the people we have been able to reach. Below is a summary of how this impact has been felt in Bangladesh.

When the world was shutting down, MAF Bangladesh was stepping up and joined discussion with some agencies about providing COVID-19 related flight support. USAID commended MAF for its willingness to stay and provide a service to agencies at this time. At the beginning of April, we conducted a trial flight to Cox’s Bazaar to train staff in our new COVID-19 procedures and assess an area which we don’t normally fly to. At this time 10+ new agencies made enquiries about registering with MAF and civil aviation authorities were favourable towards MAF flying relief and humanitarian flights. It was a promising start and we were optimistic that guidance regarding the kind of flights that would be permitted would enable MAF to remain in operation. 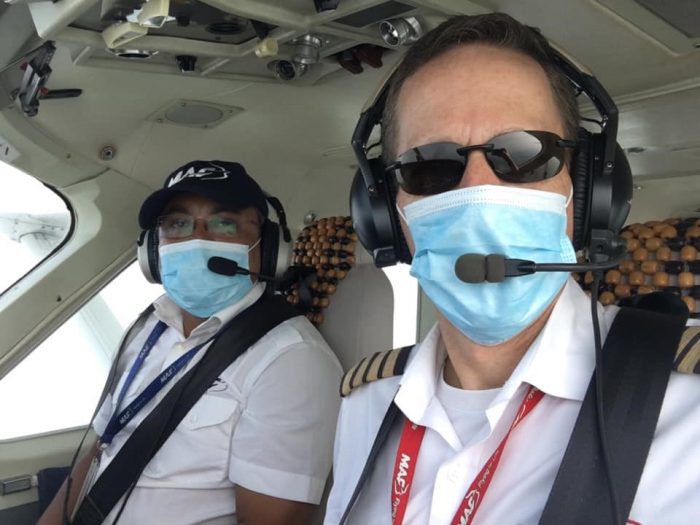 In the coming days we did a series of flights for the Emergency Centre for Transboundary Animal Diseases (ECTAD) and BRAC to launch a pilot programme of intervention and contact tracing for COVID-19, as well as an evacuation of a Swiss teacher to enable her to catch a repatriation flight. 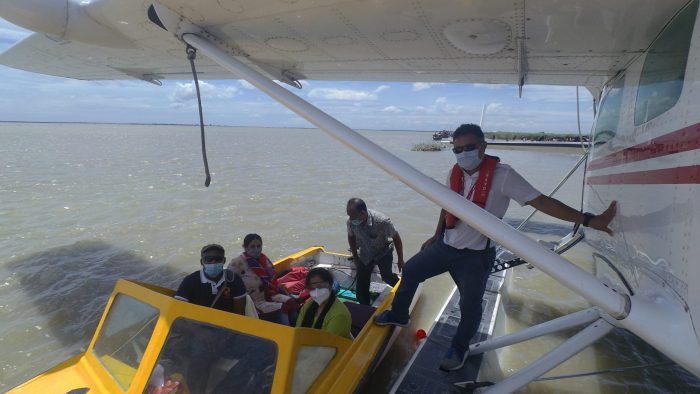 Movement of staff to the hangar was becoming more difficult due to restrictions on travel.

Domestic and international flight operations were under restrictions but MAF was still able to operate for medevac and humanitarian purposes. NGOs were exploring options to open their offices towards the end of May, and we hoped that once that happened, we would see an increase in demand for flights – having not flown for a number of weeks.

We made a presentation on MAF’s flight services to a platform of NGOs working in the Rohingya response. Procedures for travel permissions by government authorities continued to be ad hoc and therefore it was not easy for passengers to obtain them.

As we continued to make our flights COVID-19 secure, we placed an order for a transparent protective shield for the aircraft cabin.

On 15th May, Country Director Mark Blomberg handed over charge of the programme to Sundar Daniel.

Eid was drawing near which saw an increase in the number of people moving around in cities and across the country, despite restrictions on inter-district movement. On the 18th May Bangladesh recorded its highest number of positive test results in one day – 1,602. 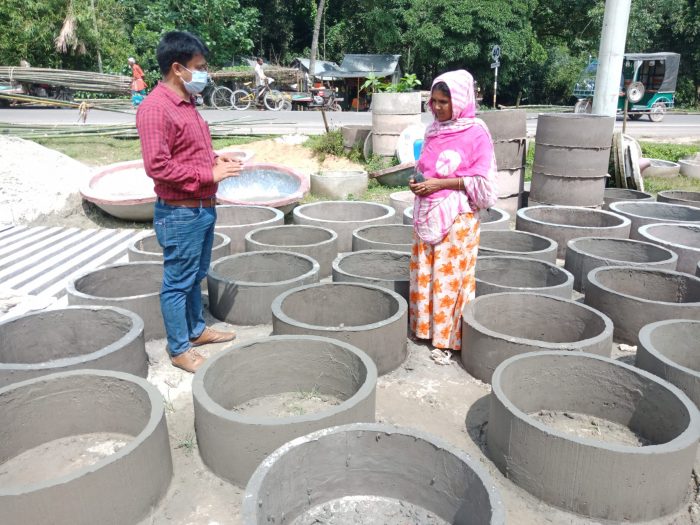 We planned to conduct a flight on 20th May however Cyclone Amphan hit southwest districts of Bangladesh; 17 deaths were reported along with damage to crops and property. The flight was cancelled and no further flights were booked.

In mid-June, the Government of Bangladesh announced locking down areas with a high incidence of infections, following a three level – green, yellow and red – zoning system. Red having the strictest containment measures. The CAAB allowed flights as normal across the country except for red zones (humanitarian flights were exempted from this restriction), however a flight on 20th June was cancelled as passengers resided in red zones.

The teams continued to take turns at the hangar and office staff worked from home unless presence in the office was essential. Staff movement would be affected by stricter containment measures; special authorisations needed to be issued. NGOs at this time were deferring reopening their offices in Dhaka but were gradually moving towards resuming field activity – without their work the demand for flights continued to be non-existent. 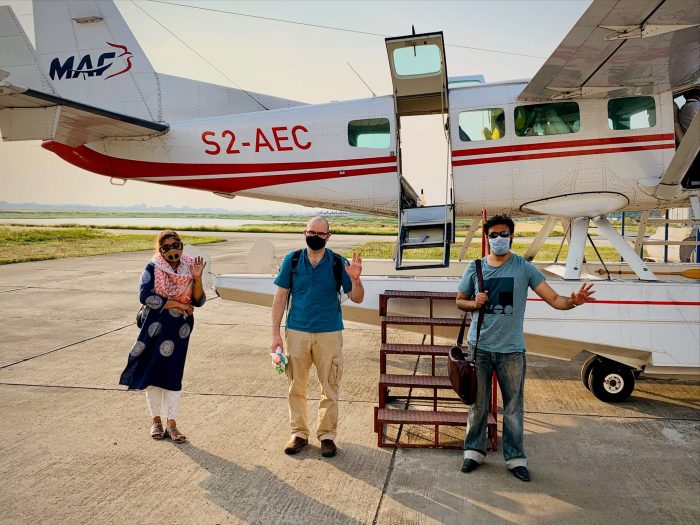 Travel of engineers to Dhaka to conduct a routine inspection of the aircraft was postponed until August and the hangar team continued to work on a rotation basis to allow for social distancing.

Experts expressed concern about the possibility of increased infections over Eid ul Adha in early August due to unrestricted social contact.

NGOs began to open their offices in Dhaka and in the regions gradually and began determining the levels of community engagement for field activity. In mid-August two flights took place, both related to a visit by the US Ambassador to the flood hit areas in the north of the country.

At the beginning of September, annual maintenance on the aircraft began. Hangar staff who were divided into two teams came to work together for the first time since early April. Plans were being put together to re-open the office on a regular basis but with minimal staff presence. Visiting engineers had to undergo three COVID-19 tests to get to work.

On 20th September the office re-opened daily with minimal presence of staff. The annual maintenance on the aircraft was completed at the beginning of October and Southern shuttle flights resumed from 11th October, although demand was not always there and the number of flights we carried out towards the end of the year remained low. 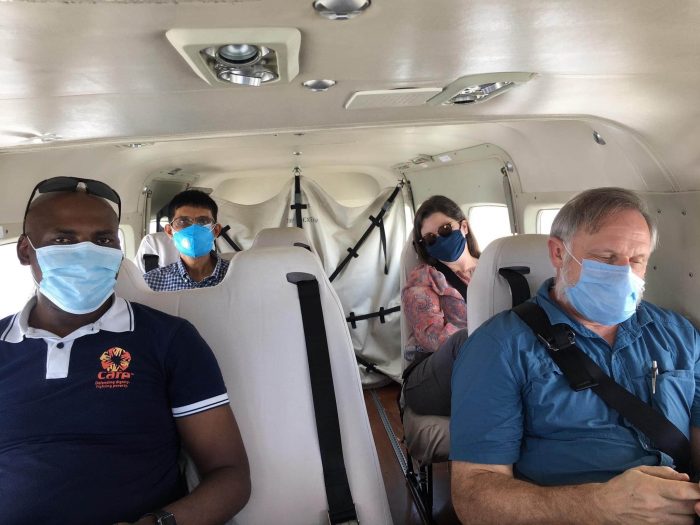 It’s been a difficult year in a country where the need is so great. We are grateful for the work we have been able to do in the circumstances and we pray that 2021 will be a busier year for us!