A Privilege to Help – MAF in Papua New Guinea

Story and Photos by Siobhain Dales

One Saturday afternoon, some ladies came up to me with a letter from Judith, the senior nurse and midwife at Telefomin Hospital. The letter said that there was a young mother in her first stage of labour who was bleeding badly. The midwife suspected that she had a blocked cervix and would need surgery.

The mother and baby were both at risk, but Telefomin Hospital has no doctor to help her, she would need to be flown to Tabubil where they have the necessary resources. Sadly, to add more pressure to the situation, the hospital’s Land Rover was out of fuel, so they had no way to transport the patient to the airstrip.

I told the ladies to let the senior nurse know that MAF would help!

Ryan, my husband, immediately went to put on his uniform whilst I briefed the other DHC6 Twin Otter pilot of the situation. I then went to the base to collect the MAF stretcher and drove the MAF truck to the hospital. I was now an Ambulance Driver! 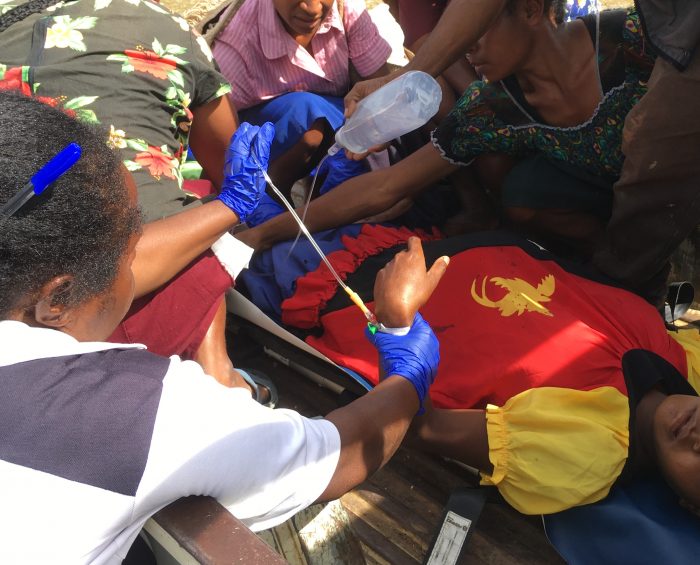 When I got to the hospital, I spoke to Judith who told me the mother’s name was Lillian*. Lillian was pregnant with her first child and had come to the hospital that morning with her sister from Telefolip, a village about a 45 minute walk from the hospital. The rest of Lillian’s family had all gone to the bush to collect vegetables from their gardens. They had no idea that Lillian was in labour and there was no way to reach them in time. When Lillian had gone into labour, her sister helped her to walk to the hospital. She is very fortunate to live so close to a hospital with qualified nurses.

I put the stretcher in the back of the truck for Lillian to lie-down as we travelled over the rough, rocky road. We strapped her in and the people with her climbed aboard. The road from the hospital to the airstrip is less than a kilometre, but I prayed the whole way that I would be able to choose the smoothest path to keep Lillian’s discomfort to a minimum; I was so nervous. 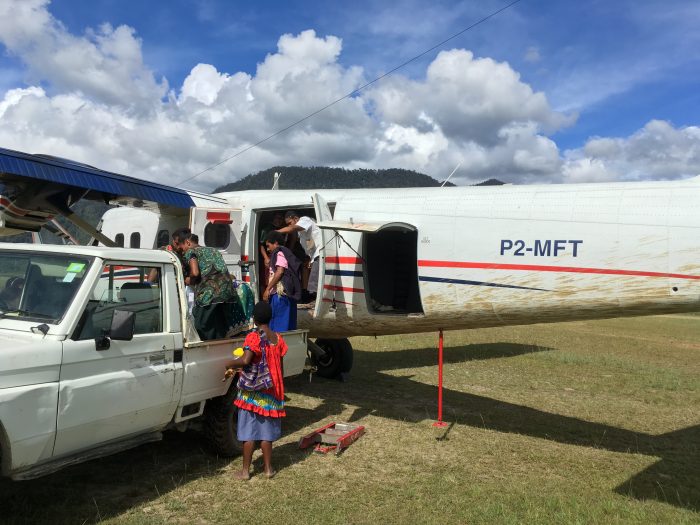 Finally we made it to the airstrip! Ryan signalled for me to reverse the truck up to the aircraft door so that the stretcher could be easily transferred from one to the other. Now I had to be aware of not hitting the aircraft as well as making sure my clutch control was smooth! Just then, I got bogged in the soft earth at the edge of the aircraft parking bay and my wheels started spinning. I prayed again and managed to get the truck into 4-wheel-drive (I’ve never managed that on my first attempt before!). So with Ryan guiding, I backed up the truck and got as close to the aircraft door as possible. The people on the back of the truck then picked up Lillian in the stretcher and put her into the aircraft as Ryan guided them. She was on board, and as soon as they got her safely strapped down, they headed up the airstrip and off to Tabubil! 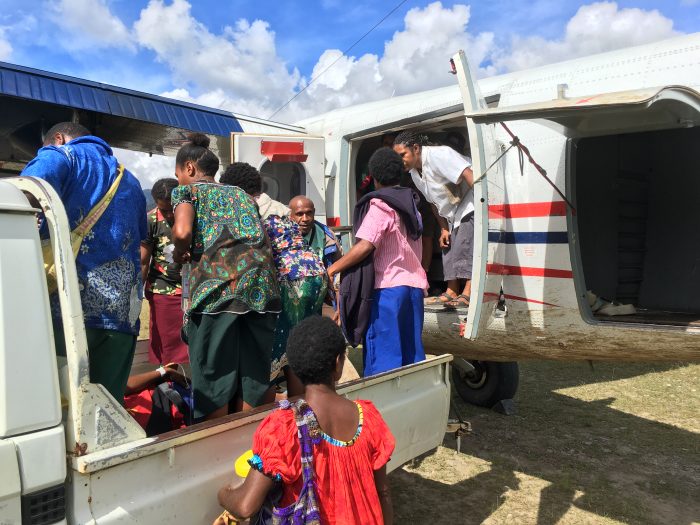 This was the first time I have been directly involved in transporting a medevac patient. I had a simple job, but I was so nervous! I wonder if it’s like that for Ryan and the other pilots every time?

It was a privilege to help Lillian and her baby get the treatment they needed, and even better knowing they both came home, healthy, a week later! 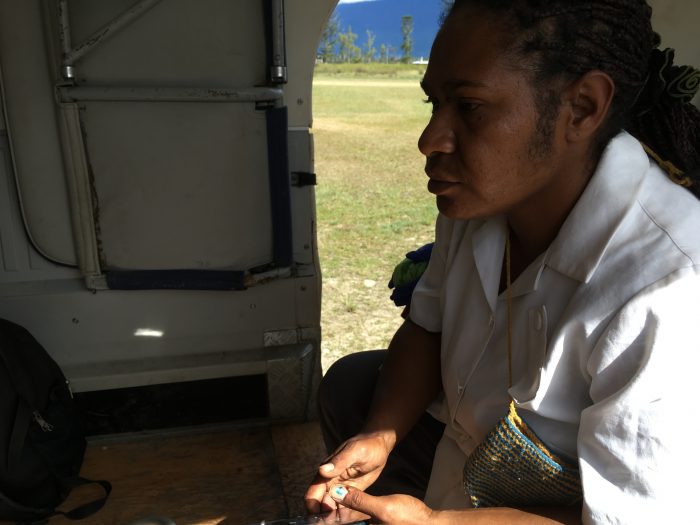 Please pray for the hundreds of medical evacuation flights that MAF does across Papua New Guinea every year!