A Day in the Life of a MAF Engineer

Have you ever wondered what MAF Engineers do in a typical day?

John Hermanus, Licensed Aircraft Maintenance Engineer (LAME), has served MAF for over 30 years and is currently based at Mareeba in Queensland, Australia. He was brought up in Western Borneo, where he worked as an Engineer in various locations, then the plan was to move to the US, but 9/11 put an abrupt stop to that. He then ended up working as a Pilot in Arnhem Land, and Australia was where he trained to become a Licensed Engineer.

John also has first hand experience of using MAF as a lifeline in remote situations. John explains “Without MAF, I would have lost my mother 43 years ago when she suffered from pregnancy complications delivering my sister. I also would have lost my elder brother 38 years ago, when he suffered from a ruptured colon after contracting severe typhoid. The Doctor said that if he had not been admitted to the hospital on that day, he would not have survived.”

Below, we see John going about his day to day life as an Engineer. 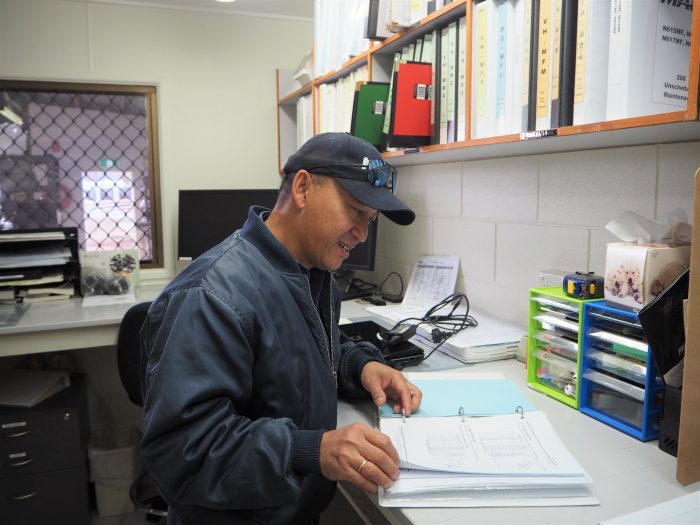 John’s biggest challenge was being taught Engineering in English, which was a foreign language to him. John says “When it got too difficult, I would just hand every-thing over to God.” 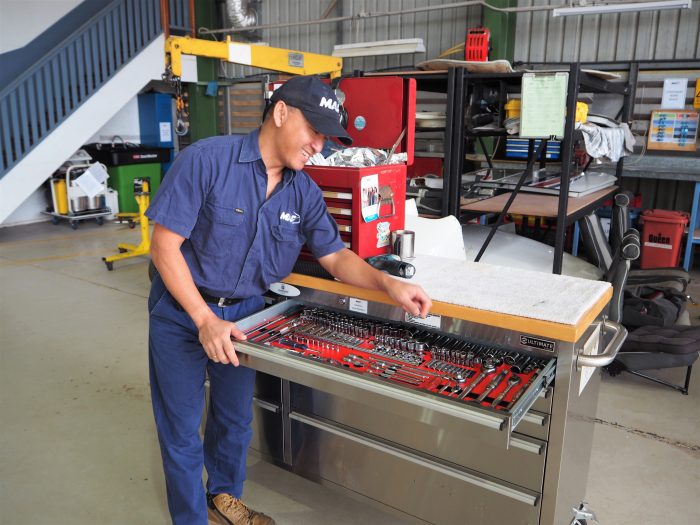 Engineers require extensive tool boxes that take years to build up and cost many thousands of dollars. John sees his toolbox as God’s and is more than happy to share with other Engineers. 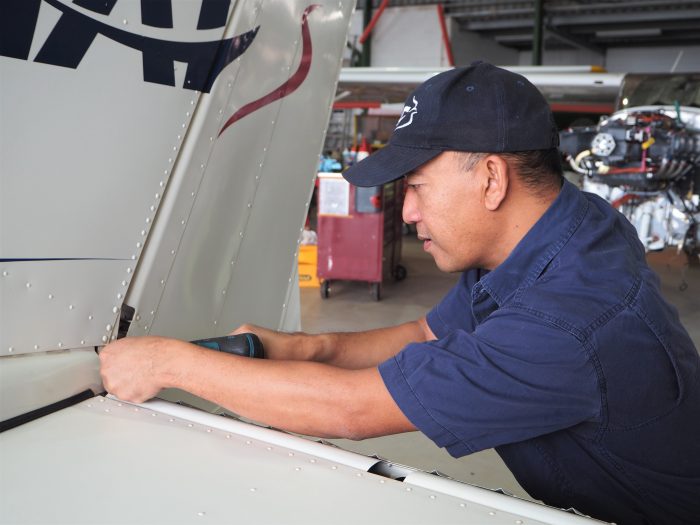 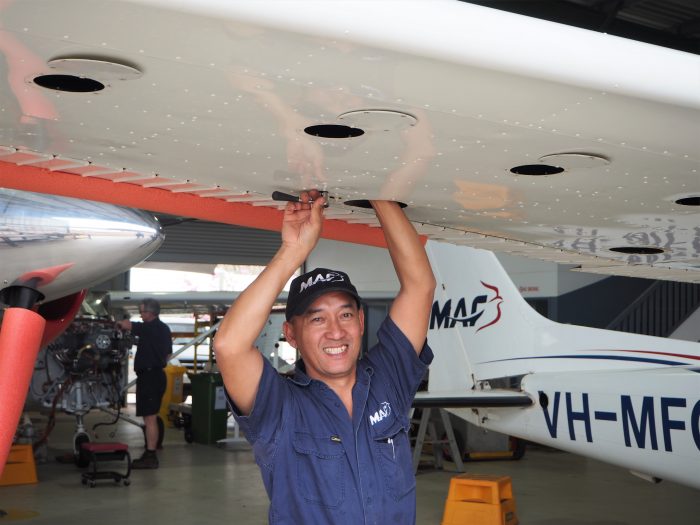 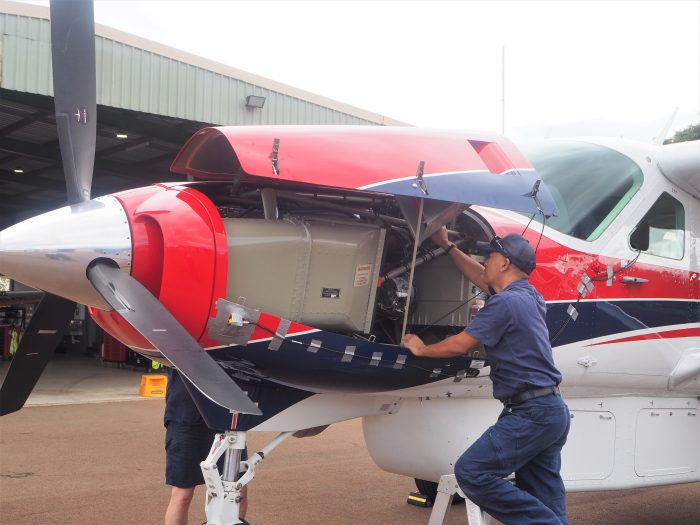 Mareeba Engineers also work on special projects. One such project was that MAF purchased 6 new Caravan aircraft from the USA. They were then modified and CofA paperwork completed at Mareeba, then flown to PNG to serve the remote communities there. 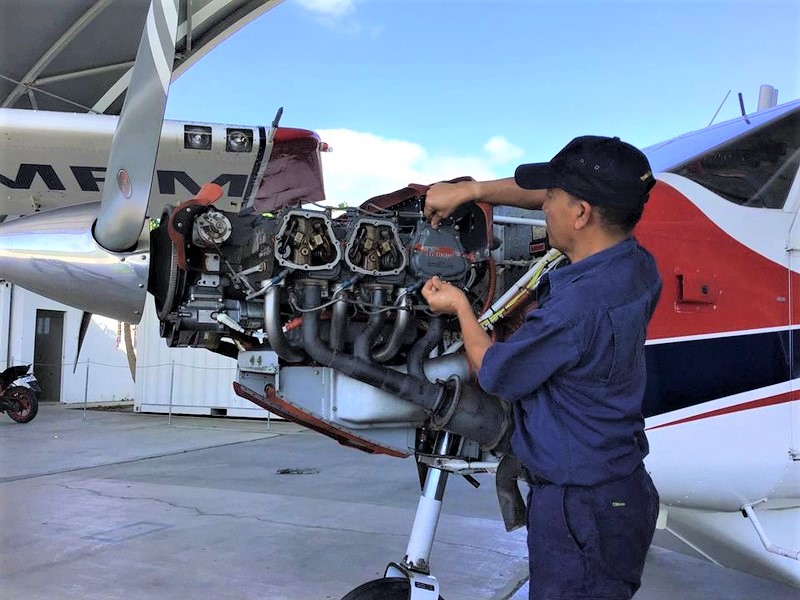 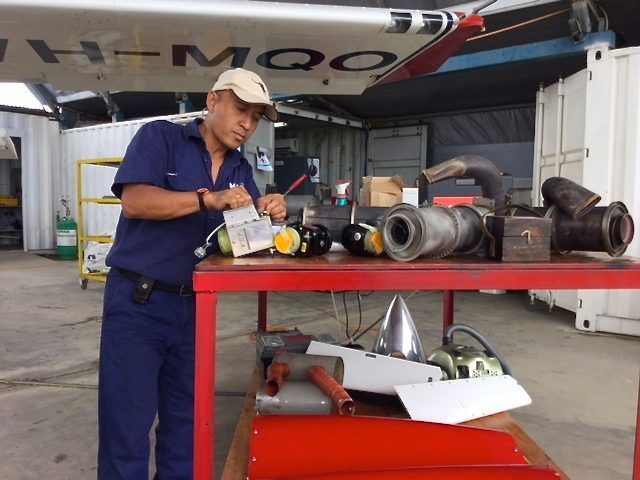 Mareeba Engineers often travel to the MAF programs to carry out maintenance of the aircraft. Above, John is carrying out a 200 hourly inspection on an aircraft in Timor-Leste. During the time when John visited, there were many medical evacuations (five on his last day). John had the opportunity to co-pilot one of these flights, where he flew the patient, a lady with pregnancy complications to the main hospital in Dili.

As you can see, the role of the MAF Engineer is wide and varied. As well as carrying out line maintenance for the Flight Training Centre, many aeroplanes from the programs are flown here for more extensive heavy maintenance. The engineers also travel to the programs that have little or no engineering support.

Without engineers, MAF would not be able to get planes in the air. We are blessed to have such talented engineers as John in Mareeba, playing such an integral role to the organisation.