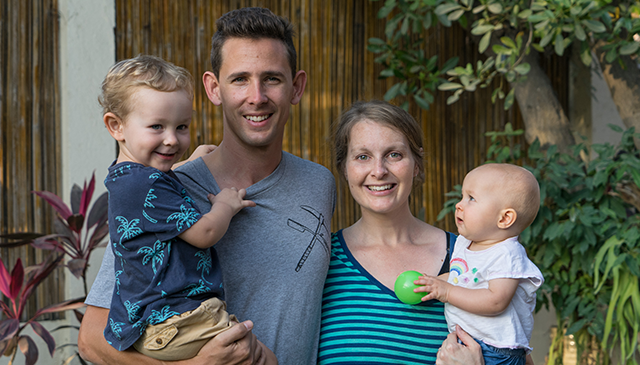 Tax deductibility on donations is only allowable by the Australian Tax Office in respect of approved relief and development activities. For this reason, tax deductibility is not available for sponsorship of staff working for MAF Canada, MAF USA and MAF Australia (Sydney), nor for support of evangelistic outreach and other non-qualifying activities.

Tim and Anna met at high school in Sydney with Tim going on to complete an electrical apprenticeship and Anna a nursing degree. They both grew up in Christian homes and have continued to grow in the love of God.

Tim grew up in Papua New Guinea where his parents were serving with MAF. Tim developed a passion for flying and a heart to serve those in physical and spiritual need. This desire continued to grow in Tim as he worked as an electrician with the goal of funding his flying training. During this time Anna worked at a Children’s Hospital and as a Community Child and Family Health Nurse. Her heart for mission also developed at a young age serving on numerous mission trips while at school.

Tim and Anna felt called to act on their desire to serve with a mission organisation. Tim began flying training, has completed his commercial pilot license and both he and Anna have also been studying at Bible College.  They currently serve with MAF in Timor-Leste with their three young children.

We love because He first loved us.

Stay up to date on Timothy & Anna Southcott