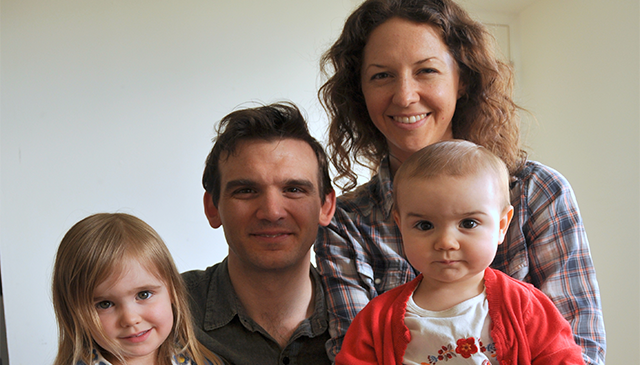 As a young boy growing up in Belgium, Hans dreamt of becoming a pilot. He never thought he would realise this dream until God started talking to him while on a mission trip with YWAM in Vanuatu, where they flew from island to island in a twin otter.

God gave him a vision to reach the unreached by flying to the most remote places bringing the Gospel and other lifeline services. Hans was able to realise the flying dream in Perth, Scotland, where he completed his commercial pilot training in May 2012.

Melissa was born in Edinburgh but immigrated to Australia when she was five. She has always had a passion for reaching the unreached and joined YWAM as soon as she finished high school. She staffed and led discipleship training schools, completed a School of Frontier Missions and taught English in China for a while. She is passionate about seeing the unreached reached for God’s Kingdom.

Hans first contacted MAF during his flight training in 2011 as some students kept pointing him towards MAF. They were also able to meet some overseas staff who were on their home assignment around that time. God clearly kept on pointing towards joining MAF in the years to come, and after a lot of prayer they decided to officially apply.

They started the official process with MAF in 2015 and feel privileged to be moving to, learning from, and giving back to the indigenous people of Australia in Arnhem Land.

The Cools are a member of MAF UK

The Spirit of the Sovereign Lord is on me, because the Lord has anointed me to preach good news.

Stay up to date on Hans & Melissa Cools