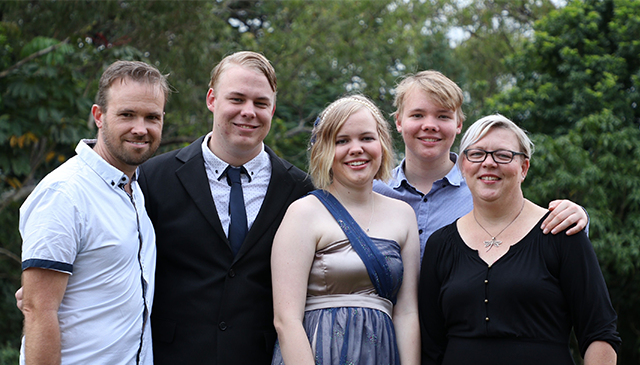 David and Naomi were both raised in Christian homes. They spent time overseas as missionary children and have both grown with a desire to serve in missions.

In 1997 David commenced his apprenticeship as an Aircraft Engineer with MAF, spending three years in Ballarat before moving to Arnhem Land to complete his training. Naomi completed her Nursing degree and worked as a Registered Nurse before David and Naomi were married in September 2000. They then continued work with MAF in Arnhem Land.

After a short absence from MAF, they re-joined in 2004 and commenced service in Mareeba.  David and Naomi have since served in Arnhem Land (4 Yrs) and PNG Programs (4 yrs), returning to Australia in 2015 and moving back to Mareeba, where David is currently the Avionics Hangar Supervisor.  Mareeba is ideally situated to support the programs in the Asia Pacific region, where David has had opportunities to travel and support, Arnhem Land, PNG, Timor Leste and Bangladesh Programs.

And whatever you do, whether in word or deed, do it all in the name of the Lord Jesus, giving thanks to God the Father through him.

Stay up to date on David & Naomi Walmsley