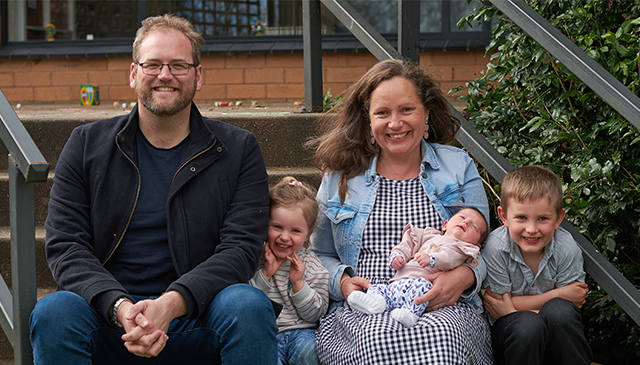 From a very early age, Chris wanted to fly planes. Being extremely tall however, he never thought it would be a possibility. His first introduction to cross-cultural ministry was through meeting MAF workers at a ReachOut event which kindled the fire for serving Jesus cross culturally. Learning to fly wasn’t an option at that stage, so he pursued other work interests including spending a year in Canada working in the snow, before returning to Australia to study at Bible college.

Alison grew up in South Asia with her parents serving in medical mission. She knew from an early age that she too wanted to serve cross-culturally, and so studied Physiotherapy in order to be equipped to help people, particularly women and children.

Chris and Alison met at Bible college and got married in their last year of study. Through Bible college, their desire to serve God and share Jesus with people grew. After lots of prayer about how they were going to serve as missionaries, the opportunity arose for Chris to train as a pilot, after which they moved to Cowra for him to work as a Flight Instructor and build the experience needed to serve as a Pilot with MAF.

Chris and Alison have three children, James, Zoe and Isabelle. As members of Interserve, they look forward to joining MAF and relocating to Arnhem Land, and as a family getting to know the local community and language to seek to share Jesus’ love with the people they meet.

“Jesus spoke to them, saying, “I am the light of the world. Whoever follows me will not walk in darkness, but will have the light of life.”

Stay up to date on Chris & Alison Coffee