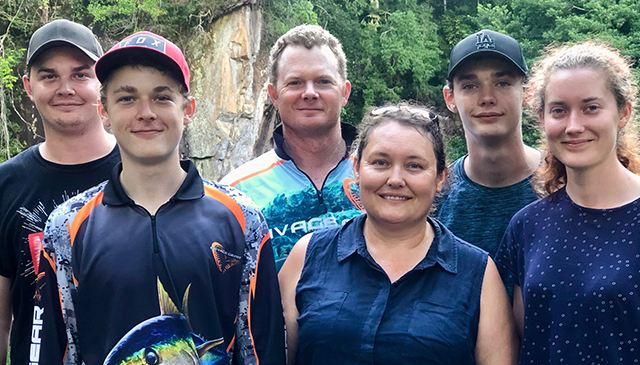 Andrew and Cindy met whilst working in the Blue Mountains NSW, where Andrew worked as a baker and Cindy as a chef. They have four children, Wesley, Ruth, William and Hayden.

Since they were married, Andrew and Cindy have had a desire to serve the Lord in full time ministry. This led them to study at Bible College and then on to seven years of pastoral ministry in Aboriginal communities in Central Australia and the Kimberley region WA.

The combination of a longstanding interest in aircraft maintenance and a desire for Indigenous ministry in isolated regions, led Andrew and Cindy to join MAF in 2014 where Andrew commenced his apprenticeship training. Since then Andrew has gained his qualification as a Licenced Aircraft Maintenance Engineer.

MAF Mareeba in Far North Queensland has a new maintenance facility and Andrew’s role there is Maintenance Operations Supervisor, where he leads the team of Engineers who support Arnhem Land, Timor-Leste and P.N.G. programs.

Remember the days of old. Think about what the Lord did through those many years.

Stay up to date on Andrew & Cindy Hadfield